Be Good and You Will be Lonesome

Home » Be Good and You Will be Lonesome 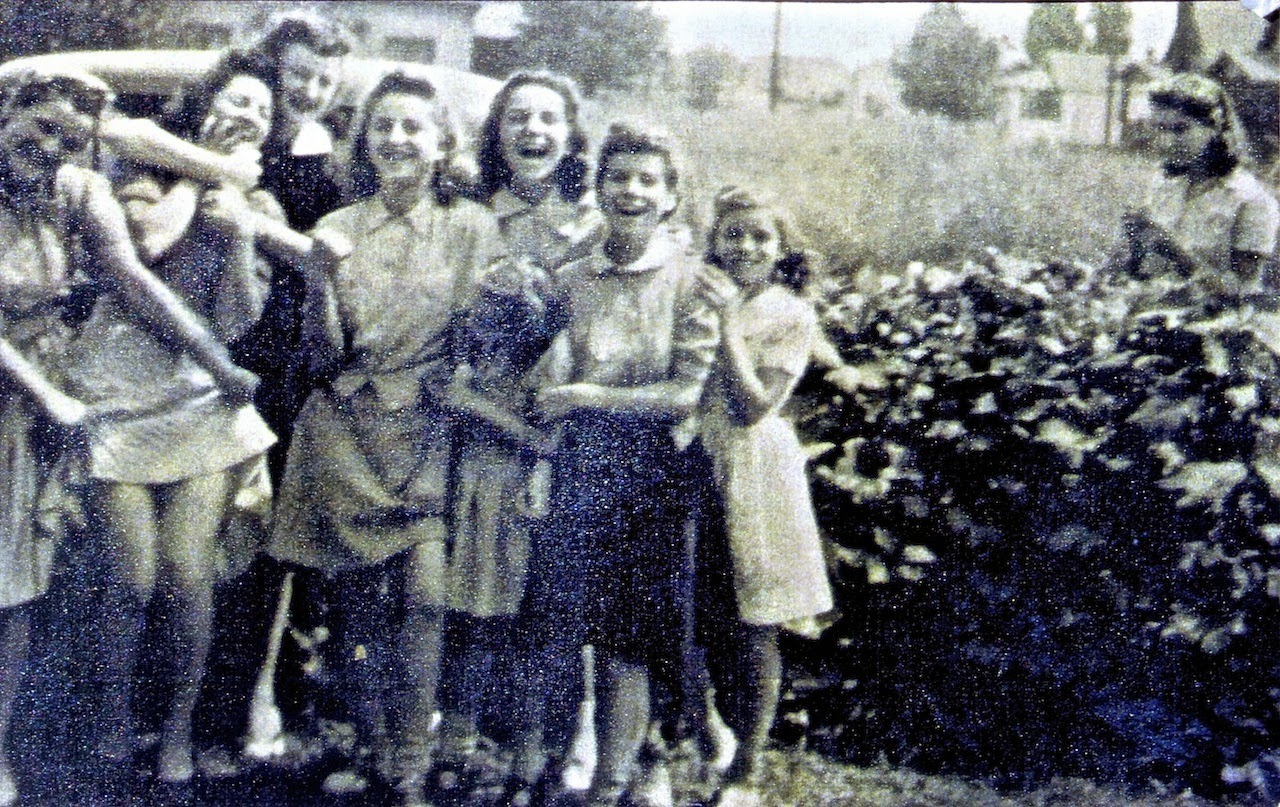 On a visit to my brother’s home in North Carolina, I came across this photo of my mom and a couple of her sisters; I don’t know who took the photo or when it was taken (perhaps early 1940’s); so much of my mom’s Polish immigrant story has been buried deep in the memories of her now-deceased relatives. But I’m guessing this is sometime after the Second World War, and my mom (second from left) is being teased by her friends (one is pulling up her skirt) and the girls are being silly, laughing and having a great time together. There is a beautiful spontaneity and joi de vivre in their expressions. I imagine a very tight bond was formed among the neighborhood girls at a time when brothers and fathers were coming back home to their families from the hellfire of war.

I was so focused on my mom that I missed the young girl in the top right-hand corner of the photo; my first thought went to Mark Twain’s quote: Be good and you will be lonesome.

But then I wondered beyond that simplification. The girl appears sad and introspective; maybe she was too frightened to join in on the exuberant fun the other girls exhibited. The more I looked, the more I wondered about her; how did her life develop over the years; did she live an ordinary, pedestrian life marked by the usual joys and tragedies of simply being human?

Black and white photos like this one are at once provocative and vividly memorable. I love seeing my mother as a young girl, before the concerns for her family and children took center stage. There is a story here, told in the absence of color, that is deeply affecting.

A story that parallels my own in a way: growing up in a Michigan suburb with tight neighborhood friends; spending most of our time outdoors exploring streets beyond our own, climbing trees, riding bikes, playing games. Growing into self-awareness, and expanding that self-awareness beyond those in our circle of friends, to others on the sidelines who may have been too frightened or too shy to take part.

I became fascinated with the work of Antanas Sutkus, a renowned Lithuanian black and white darkroom photographer born in 1939 (he still eschews digital). His series People of Lithuania is a continuing body of work started in 1976 to document the changing life and people of Lithuania.

“I know the ordinary man; he is close to me,” Sutkus is quoted as saying.
The excitement of seeing in the darkroom, for the first time, a white sheet of paper turn into an image was unforgettable and drove Sutkus to claim photography as his life’s work. For him, taking pictures of conventional informality was “warming”; after working a short time as a photojournalist, he intuited a style of his own, leaving much open to the viewer’s interpretation, though strongly anchored in historical time.

Sukus reports he discovered himself through the art of photography. He accumulated a large personal library, following the expressions of Andre Kertesz, Diane Arbus, Robert Frank, and others. He collected many photographic books found in antique book stores in Moscow as well as in Germany and Poland. 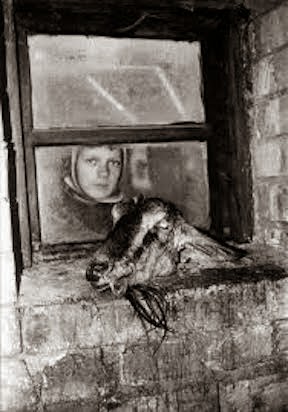 Perhaps this photo of the girl and a goat’s head best exemplifies his work in the rural areas of Lithuania, where living day to day meant the raising and killing of animals for sustenance.

We are looking inside this young girl’s life as she looks out the window, revealing a cold reality and perhaps dire set of circumstances, but again, Sukus leaves it up to the viewer to develop her own interpretation. What is compelling are the two sets of eyes looking straight at the viewer, unifying the idea that living a life gives way to taking a life. Lastly, take a look at Sutkus’ kinetic photograph of philosopher and novelist, Jean-Paul Sartre, pushing into a headwind, perhaps, or deep in thought on the subject of existentialism and the human condition; just one of many subjects that captivated the mind of this most fascinating man. 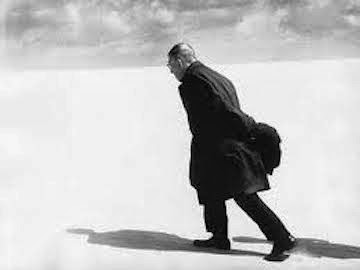 …this uttered by Sutkus in reference to how long and hard he works, day and night, with an irritated brain that sometimes cannot find rest.
In his later years, he writes how he would like to distance himself from unnecessary work and action and just rest in a simple state of being, without so much “doing.” If there is any secret to Sutkus’ long-standing success as a photographer, it would be in his easy, unadorned quote:
“Love. You just have to love people.”


0 thoughts on “Be Good and You Will be Lonesome”