Like so many indigenous peoples around the world who have historically been exploited, forced off their land and exterminated, this story is especially compelling for the century we live in. The raping of land and people continues to this day, and it is poignantly apparent to the Bushmen tribes of Botswana, forced to leave their land because De Beers got wind of valuable diamond deposits deep in the earth where the Bushman lived. Attacked by government forces, who are in bed with the diamond industry, these indigenous people are left to die by the hands of their own leaders; forced into dehydration because they are forbidden water, the most precious resource on earth, and located right beneath their feet.

So where is all the water going? To an oasis; a tourist lodge, the Kalahari Plains Camp owned by Wilderness Safaris of South Africa. A lodge soaked in water, Coke and beer, with flush toilets, a swimming pool and cool fresh water for thirsty tourists. Are the lives of these indigenous people worth less than “tourist turds, flushed away with water?” A spokesperson for the Bushman stated in 2010: “There is nothing more painful than to see a swimming pool near us in the desert where people can swim while we ourselves don’t have any water to drink.”

In another case, local water in India was used by Coca Cola’s fifty bottling plants until groundwater and wells ran dry. People then had to walk for miles to get water, yet driving past their settlements everyday were truckloads of Coke they were encouraged to buy. Let them drink Coke, was the foreigner businessman’s message.

In a similar vein, the deliberate seizure of water took place in Bolivia when water was privatized for profit (even well water). People rioted. Bechtel lost control of the “market” and is seeking compensation for lost profit from the government…which translates to lost profit from God himself, since much of the water loss falls from the heavens in the form of rain.

Will this ever, in our lifetime, stop? That grand-baby dying in her mother’s arms is our grand-daughter; those children suffering dehydration are our children, with no less value and no less right to this fundamental element than those living a modern way of life in the developed worlds.

only THEN will you find that money cannot be eaten.” 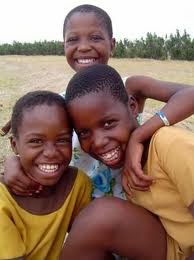 Source: Jay Griffith, the author of Wild: An Elemental Journey and Let Them Drink Coke at Orion  magazine.

0 thoughts on “Let Them Drink Coke”