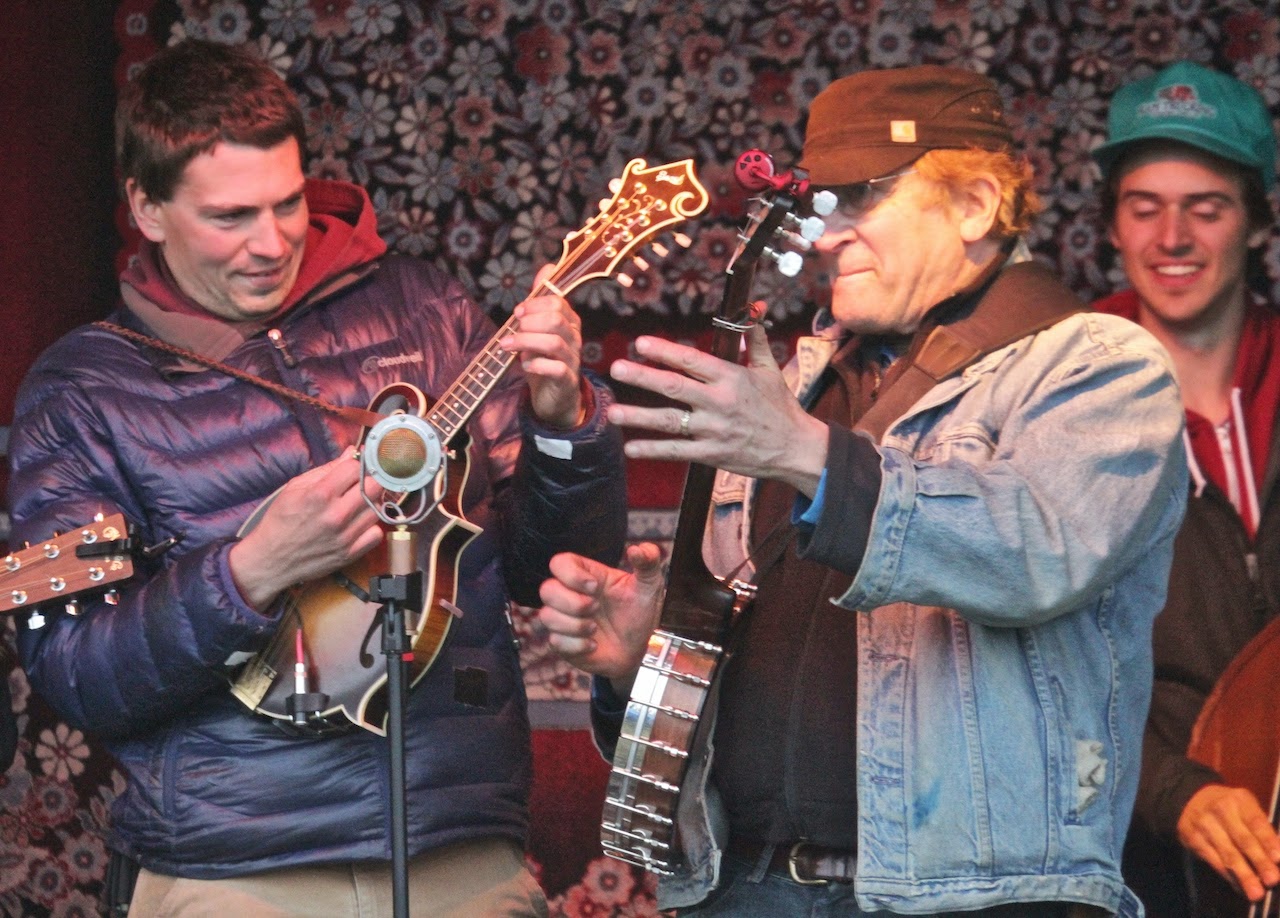 I was just driving by, on my way to our cabin on the Copper River, and saw a modest sign propped up in front of the lodge:  Mendeltna Lodge Music Festival

Just before the Tazlina Trading Post, the road pushes through to the Copper River where our cabin sits. I was on my way there to spend a week clearing trees, hooking up an outdoor shower, and helping Husband build a fishwheel (since last year’s wheel catapulted downriver in the big flood). By way of the “lazy man’s” way of fishing, we watch red salmon swim into the revolving baskets and slide into a box, waiting to be filleted, vacuum packed and smoked. A yearly ritual carried out to fill our freezer, and the neighbor’s freezer, and the friend’s of friend’s freezers…with fresh caught reds. That was Plan A.

Switch to Plan B: It doesn’t take much for me to swing in and sleep in my car for the night if the main bait is music.

I love how the names of small villages in this area of Alaska roll off your tongue: Nelchina, Tazlina, Chistochina, Gulkana, Nenana, Mentasta. The Copper River Basin is home of the Ahtna tribe of Athabascan Indians, “Aht” meaning people, and “na” meaning river. Many of these villages only have a hundred or two full-time residents, but what they don’t scrimp on is music. 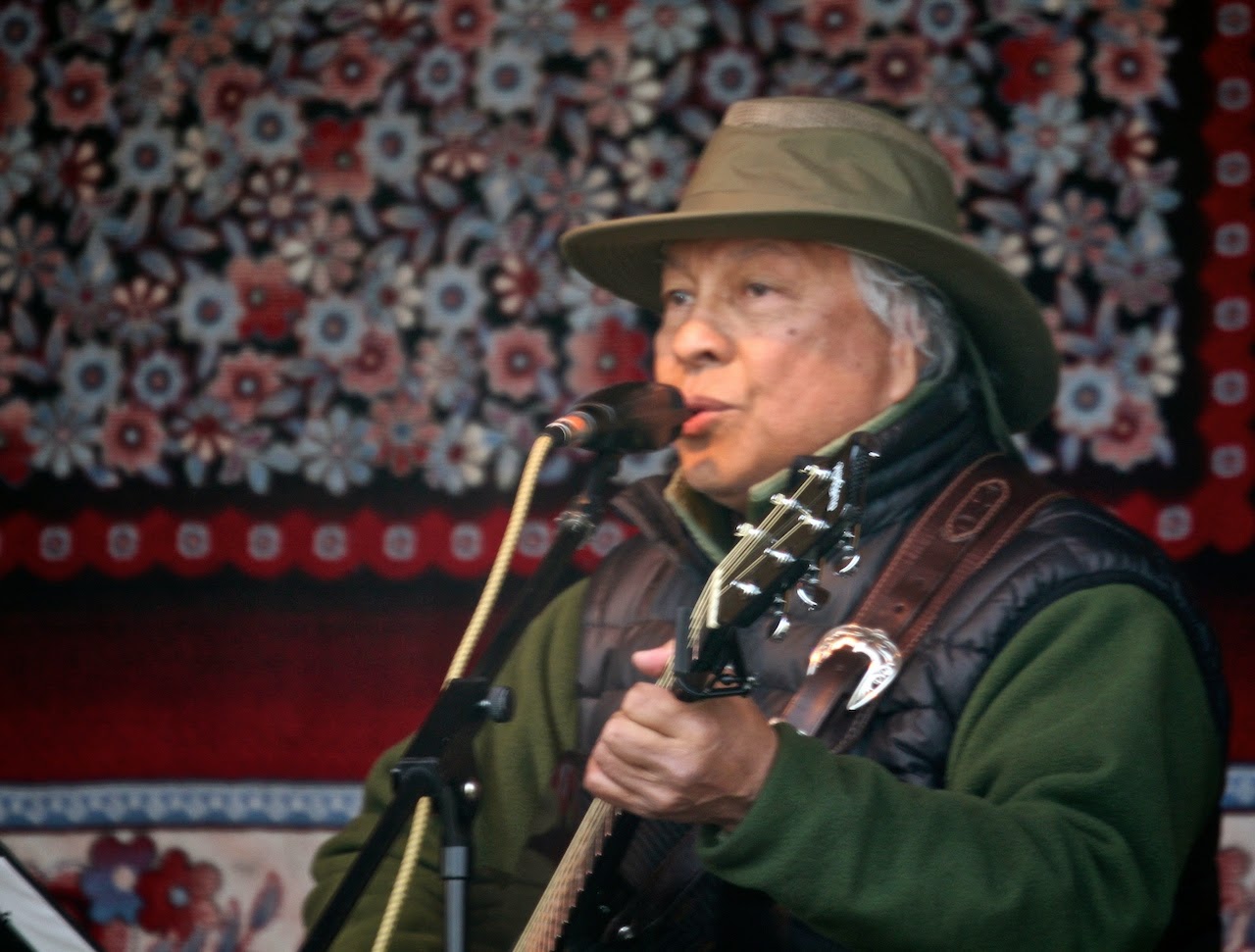 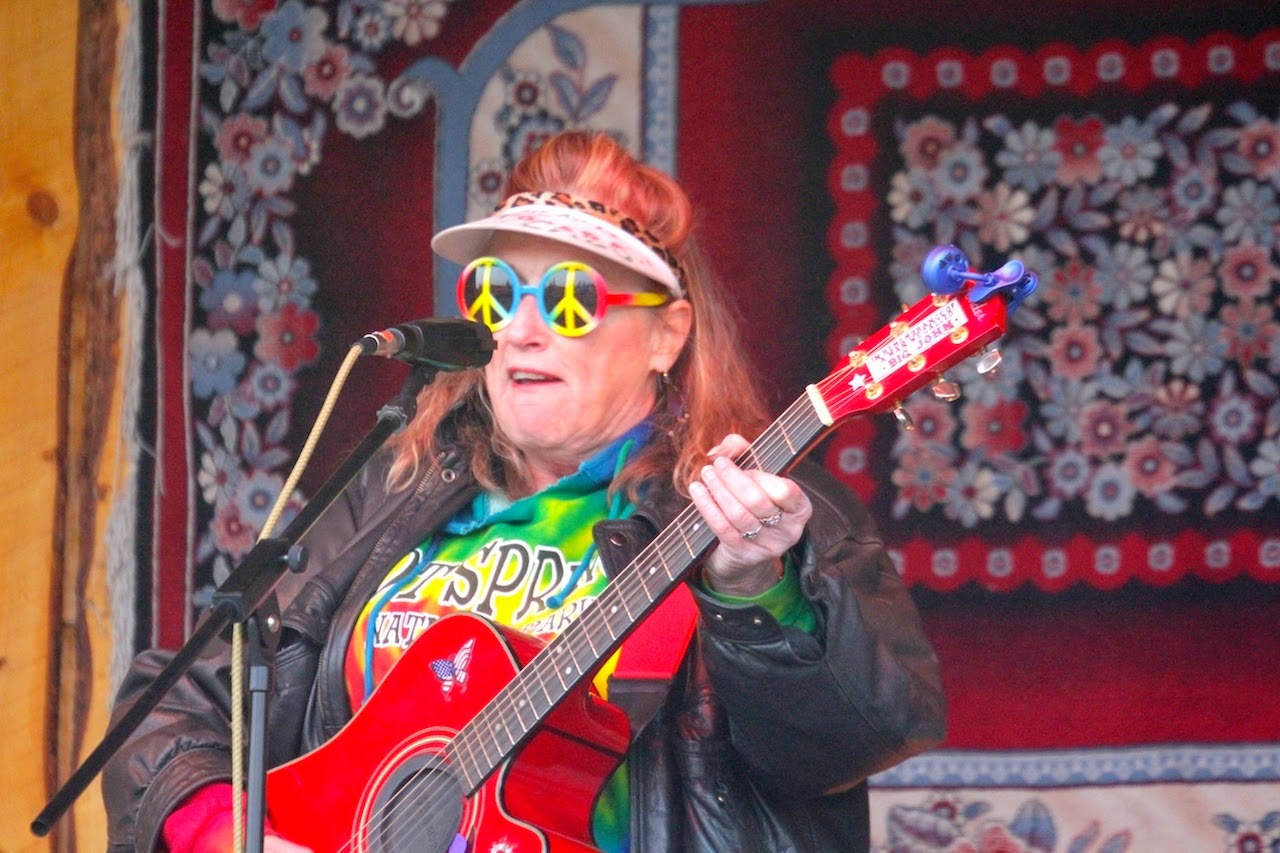 The incomparable Lulu Small…she does impressions too.
It was Lulu’s birthday; “I am 6, 10-year olds today,” she said.

You could spend the whole summer zipping around the state to music festivals held in very small venues. Most attract people who bring their instruments and jam around campfires. This is where you learn to strum and pick and sing, because it’s not about showmanship, it’s about community. You don’t ask to join; you just pull up a chair or a stump and jump in on folk, bluegrass and gospel tunes where people play nonstop…for HOURS on end. 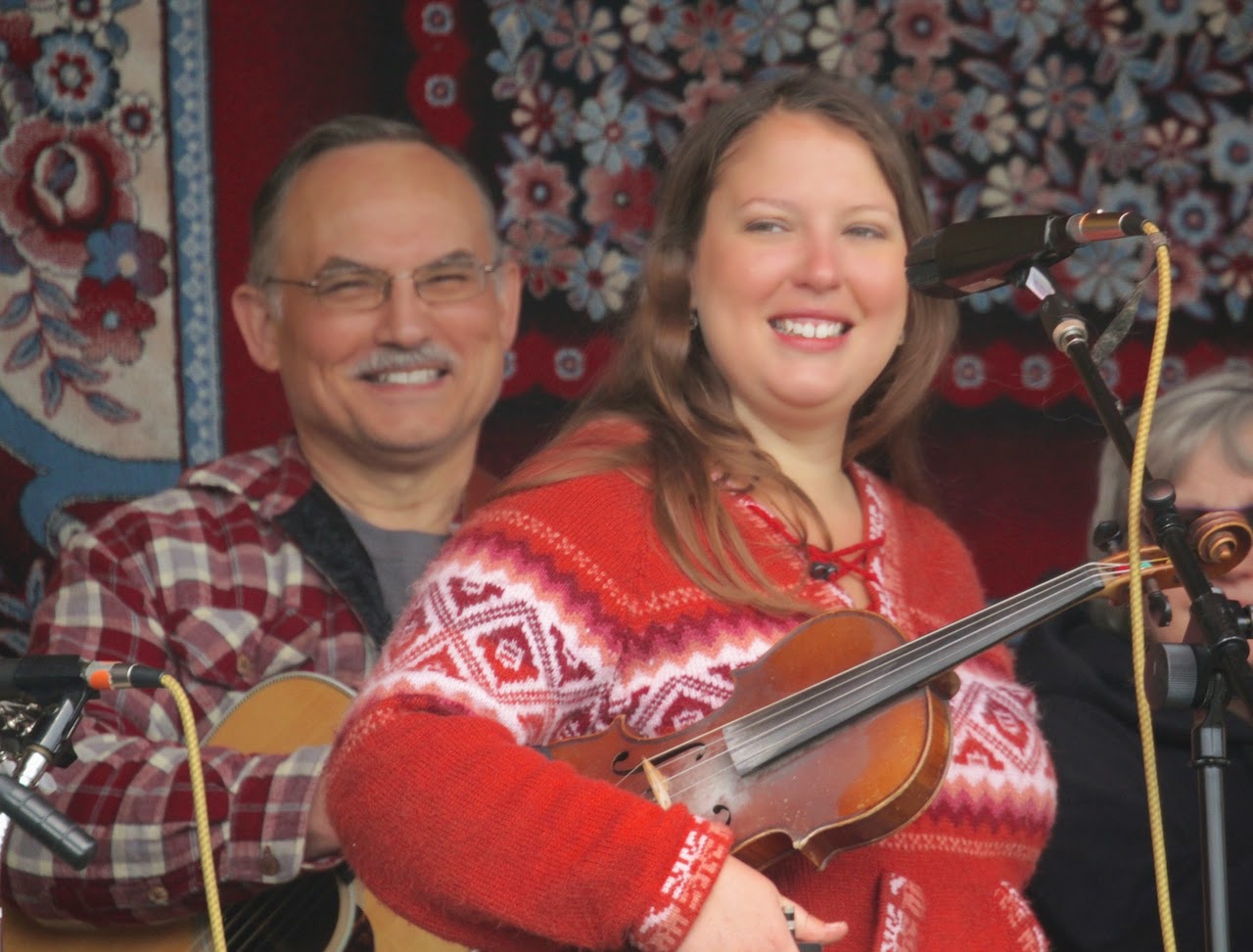 The sun tried to burn a hole through the orangey haze blowing hundreds of miles from the Kenai fires blazing on the peninsula.
But that didn’t stop the music makers. 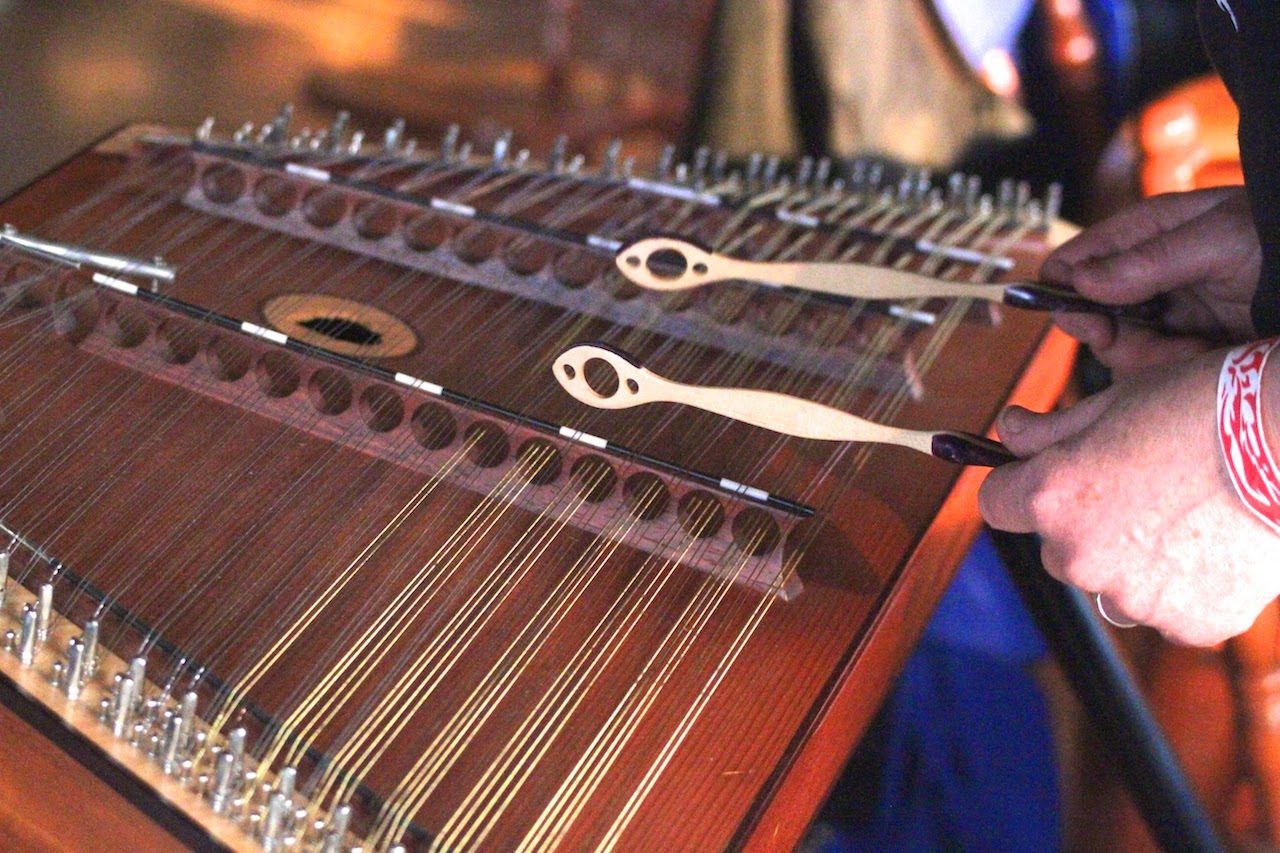 Consider the Ugly Bass guy. I met him at a campsite, where he was playing a bass he made from found objects. Said he once built a cabin called the Pallet Palace, made from discarded wood pallets.

His upright bass was made of recycled wood. He is a doctor, mind you, and as a joke, one of his buddies put a bag of bones in his mailbox (just deer bones, no worries), and he used those for the bridge on his bass. How resourceful. 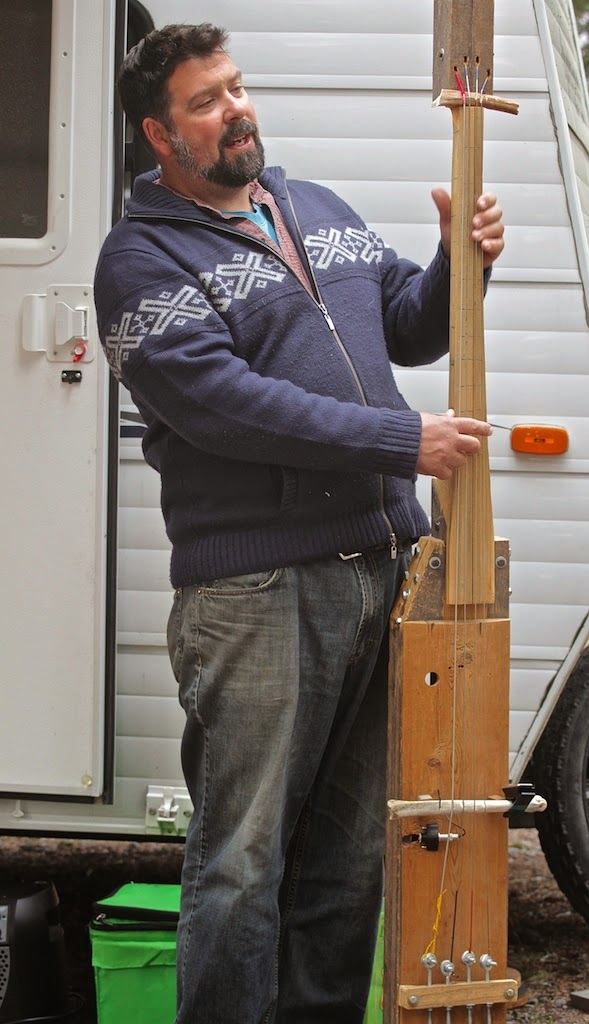 Doctor Dave tunes his bass with a 7/16″ box end wrench. Really, it didn’t sound that bad! 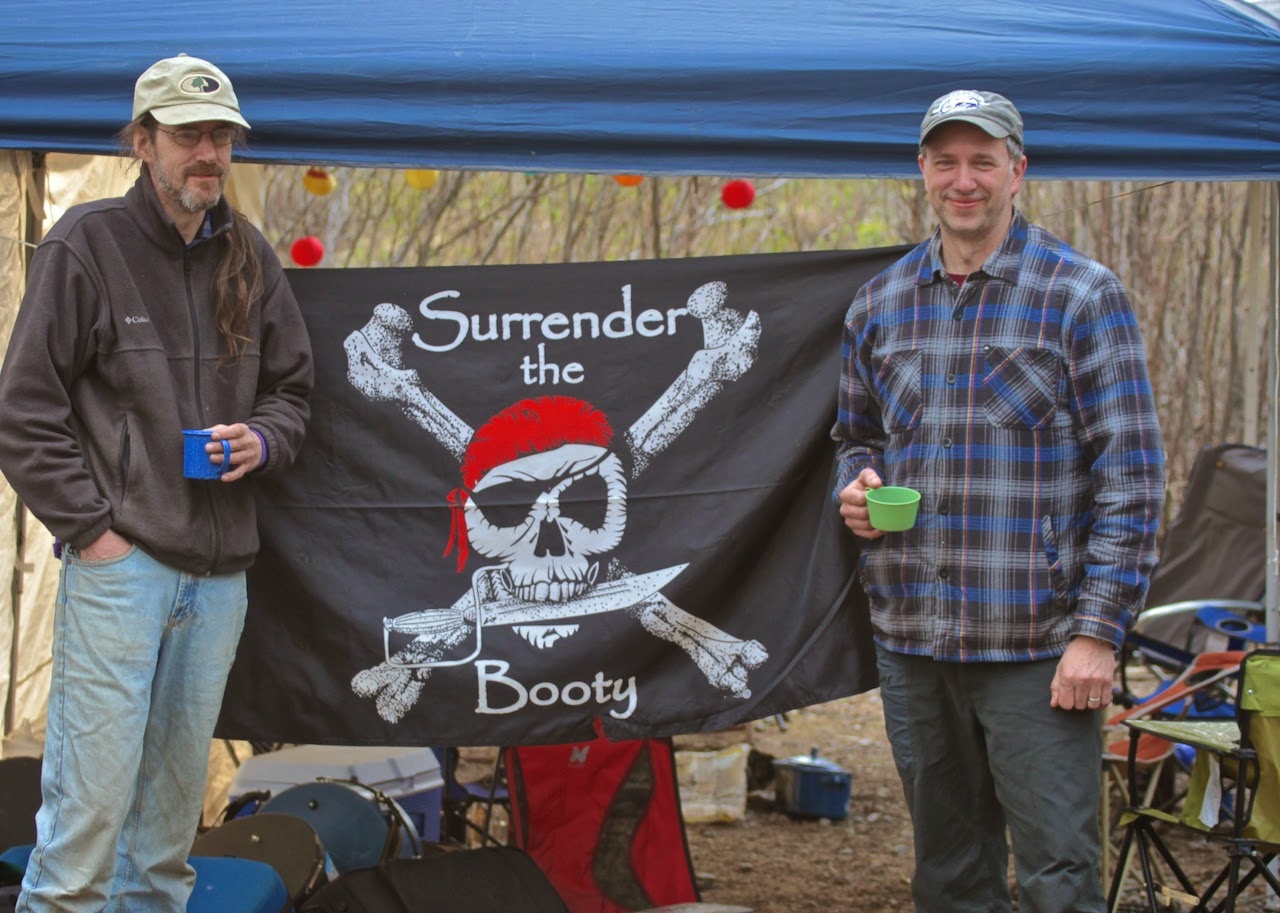 Always some booty to be had

Back to the music. The Rock Bottom Stompers, Hog Heaven String Band and Kentucky Tundra rounded out the day. 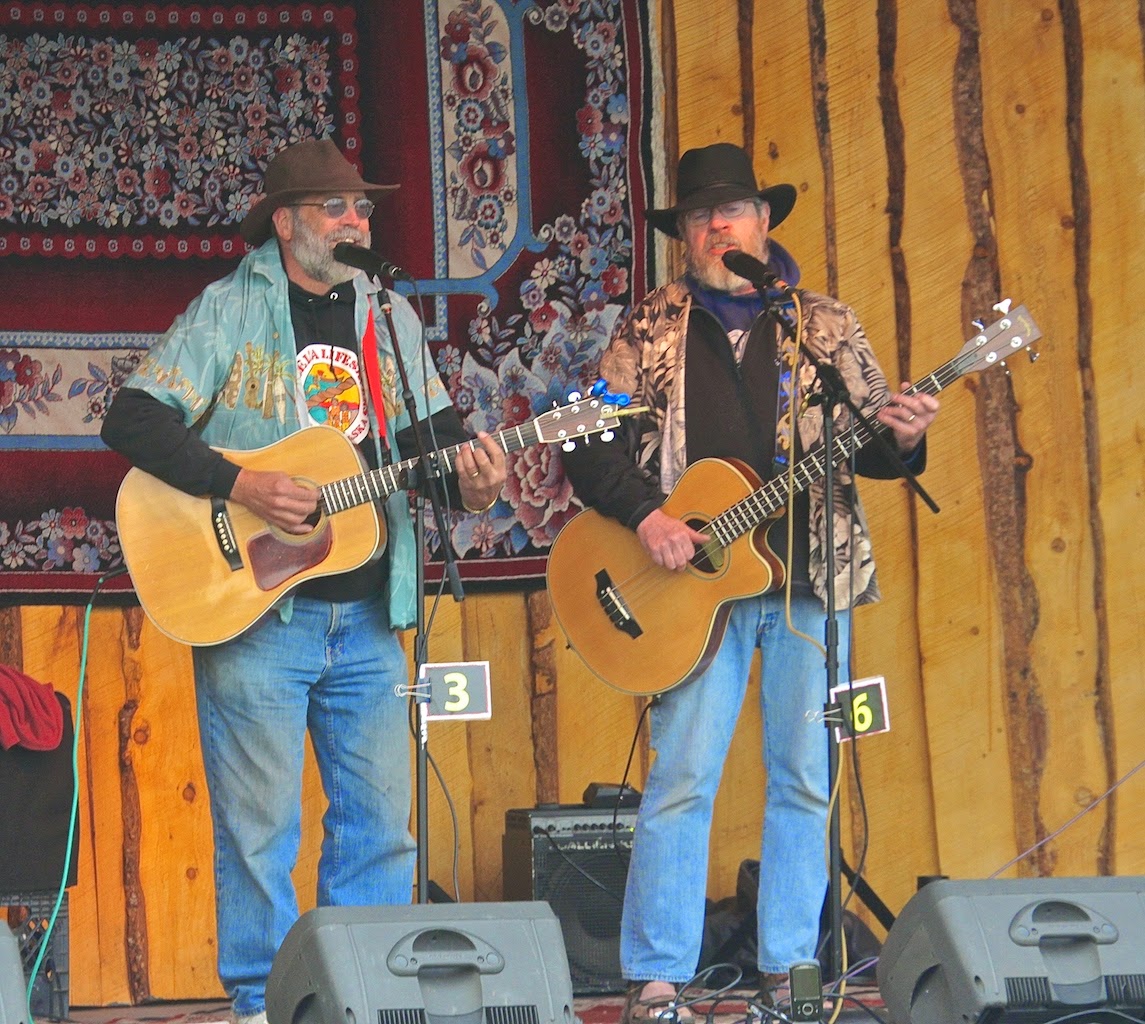 The next morning, my neck was a little kinky from sleeping in the car, but after a cup of Joe, I was ready to imbibe on more music. Let me introduce you to another Alaskan wonder, Anna Lynch. Her voice is resonant and rich as a glass of good wine.

Next up was Betty Hartford, wife of the late, great John Hartford, who sang songs of long ago, songs I haven’t heard for decades. Listen all the way through to Orange Blossom Special (1978 Austin City Limits with John Hartford and the Dillards). Now that’s how it’s done right. 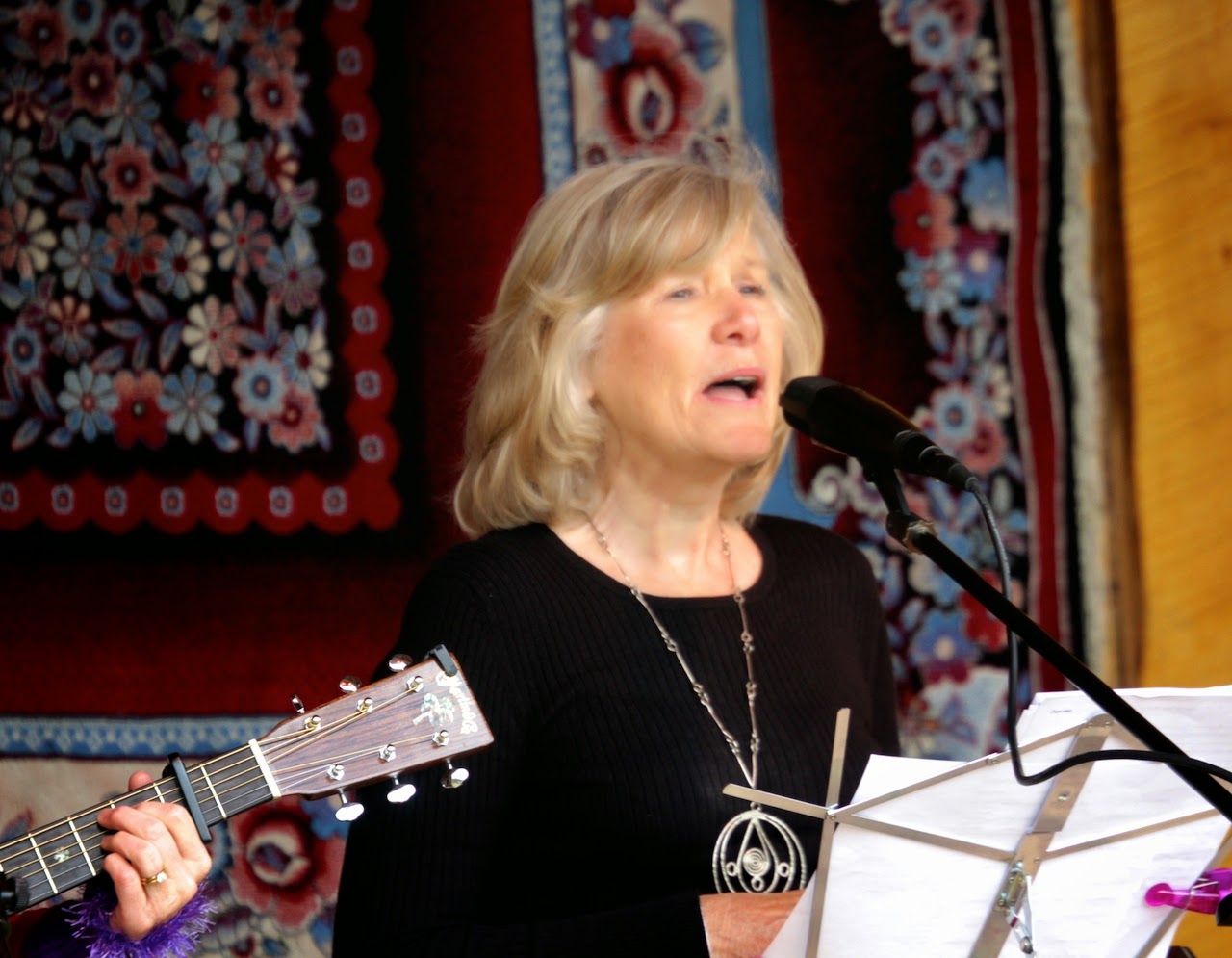 Looking ahead to the rest of the summer: there’s the Fiddlehead Folk Festival, the Girdwood Forest Fair, Granite Creek Music Fest, the Chicken Fest (yes, that’s the name of a town close to the Canadian border, 2010 census: 17), the Cantwell Music Fest and for three days of fish, fun and music, head on over to Salmon Stock 2014, featuring Lucinda Williams. 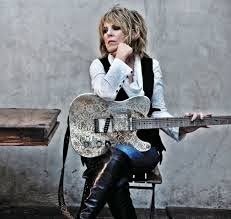 What a summer line-up.

Oh wait. One more thought. You gotta love the sing-along gospel numbers, like: I’ll Fly Away, and How Great Thou Art.

And so I leave you with this: Carrie Underwood bringing her fellow country music stars to tears with her rendition of How Great Thou Art.  Exquisite, spirited, heart-wrenching stuff…which is how music is meant to be.