Inspiration comes from many sources; people, animals, the natural world, dreams. Every sculpture is born from story.

HALIBUT MAIDEN: It is told that three Native American boys were paddling their canoe from Alaska to British Columbia when a giant halibut upended their boat and swallowed them whole. Thus the icons etched in the halibut woman's head dress. Freshwater clam shells are from Abiquiu Lake in New Mexico. The abalone shell/stand is from the California coast.

BUOY 1,2,3,4: Helping crew a 42' Taiwanese trawler from Washington to Alaska provoked my thinking of ancient mariners and how they navigated treacherous seas.

CURE: A mother of the caribou people grounded by earth and stones, reveals the cure of fertility.

MAGPIE BANDIT: One day I watched a magpie swoop a robin's nest and devastate newly hatched chicks. I call him the Bandit Magpie.

TRIBE: Your people, who you belong to. 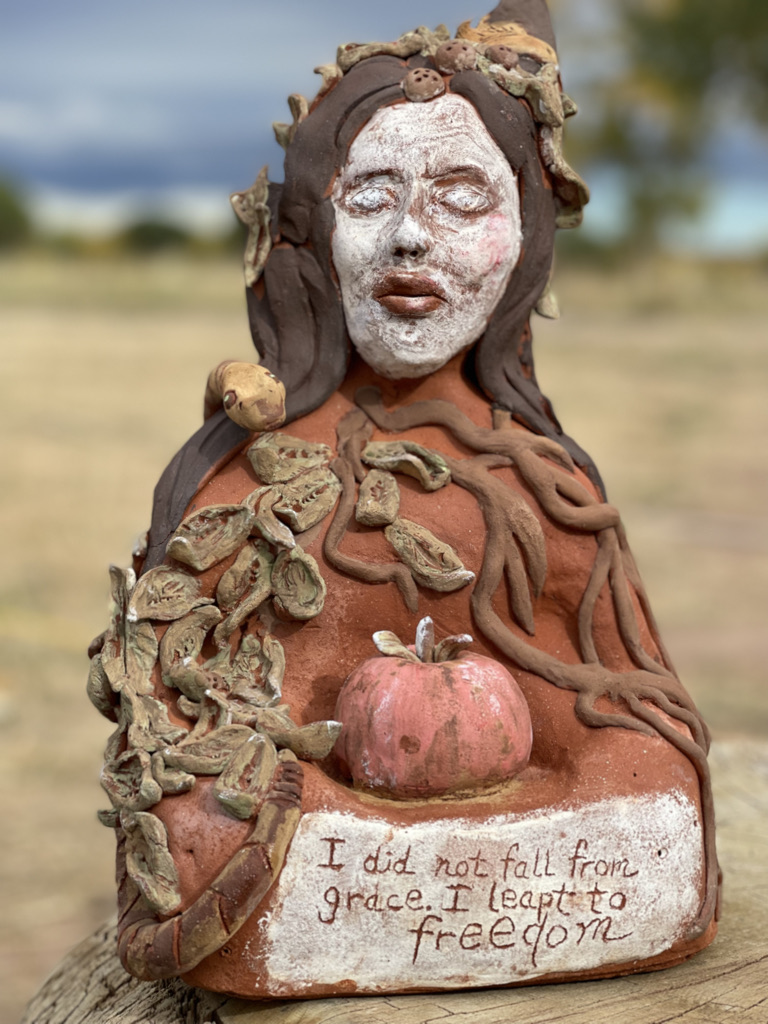 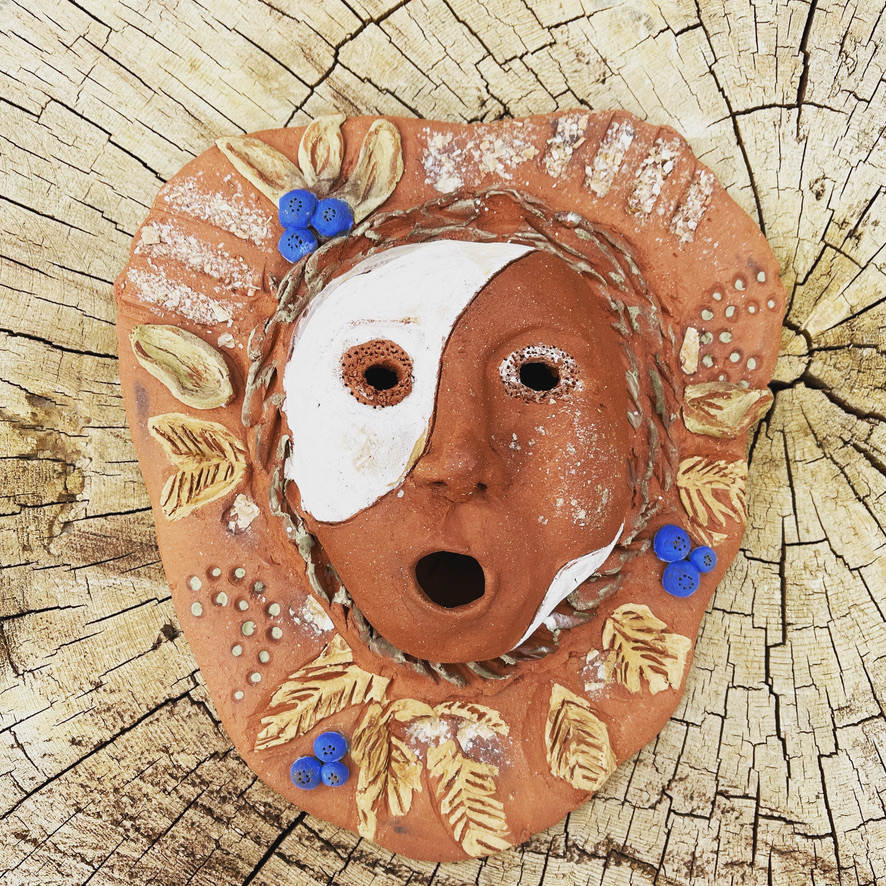 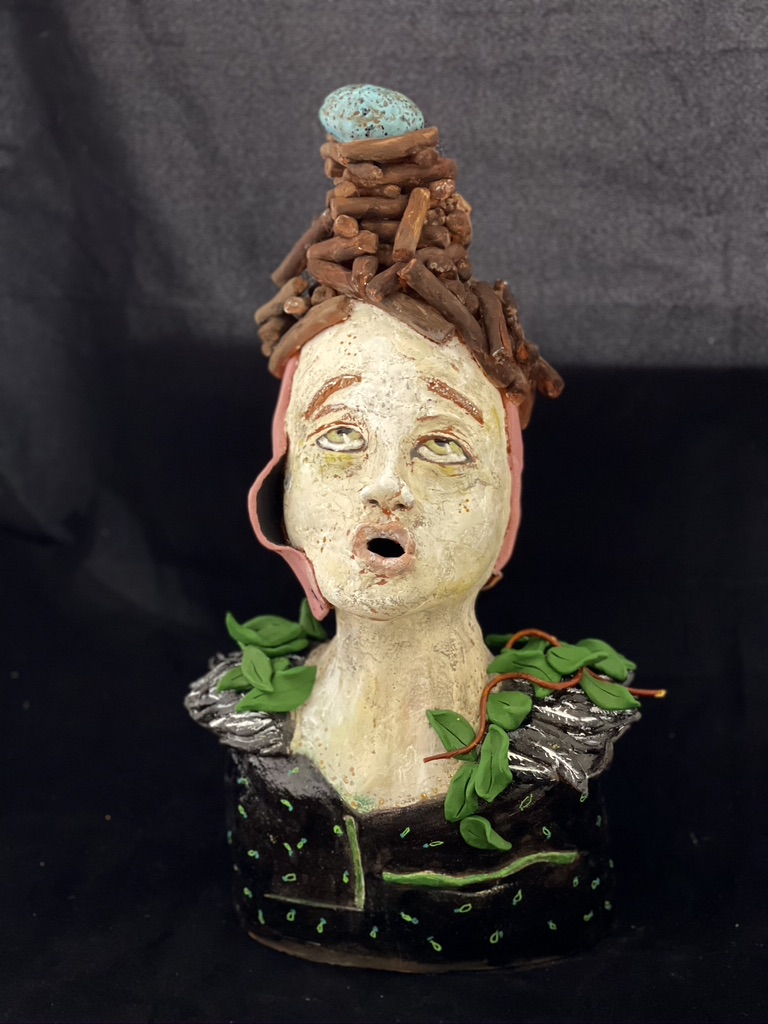 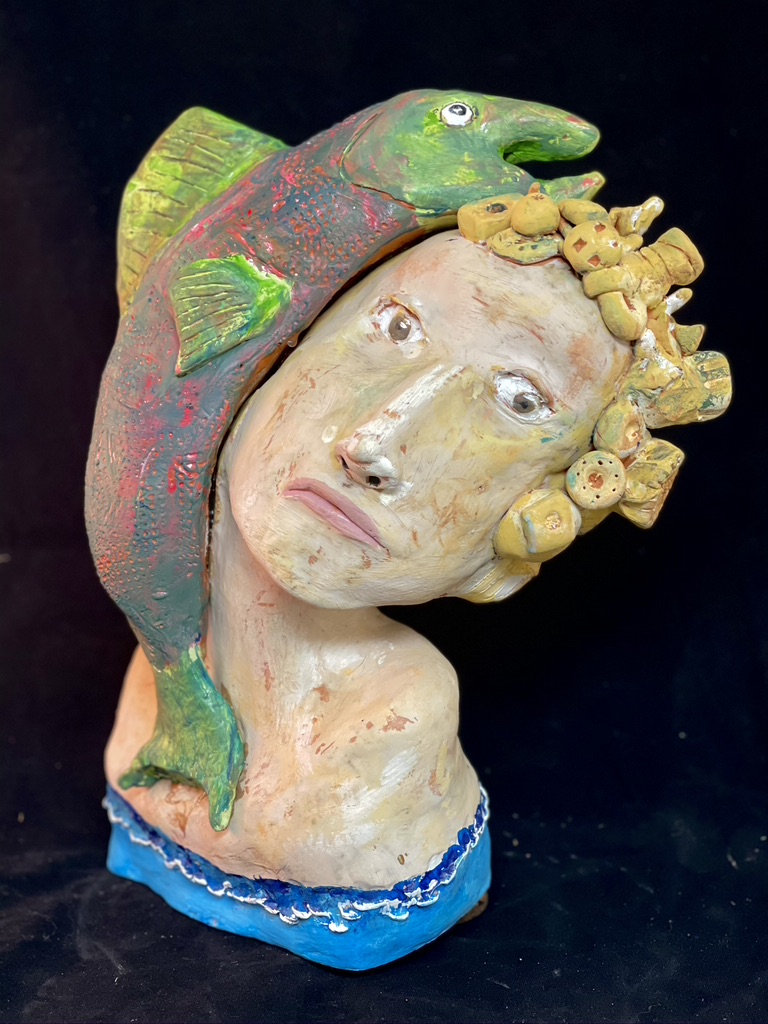 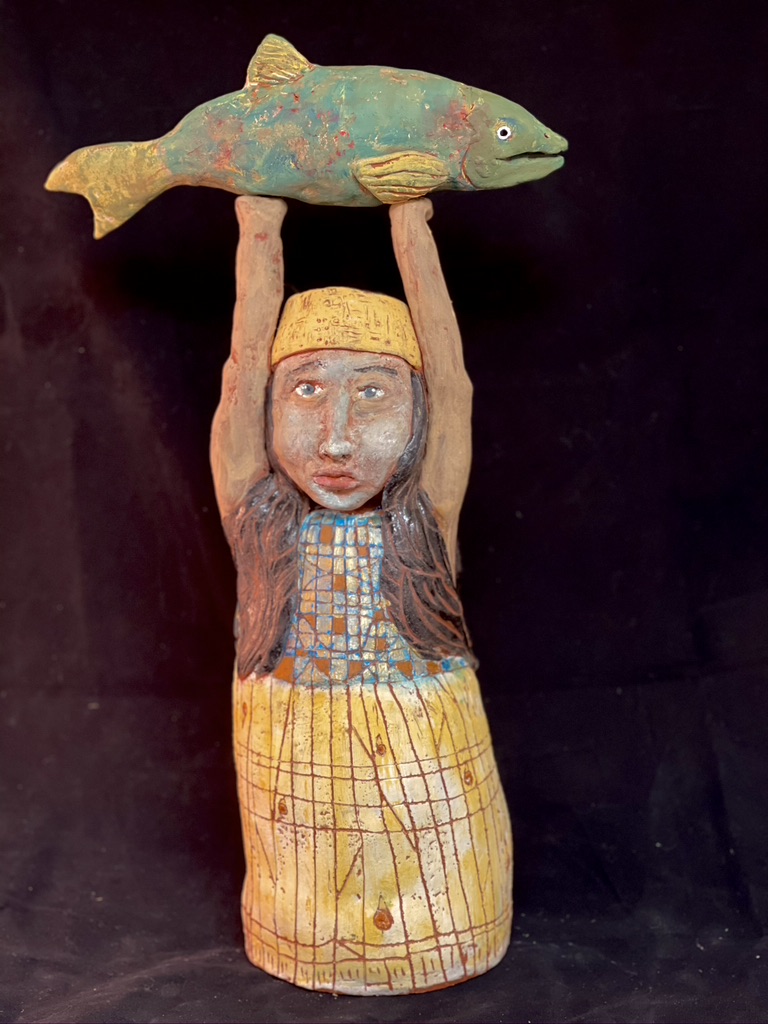 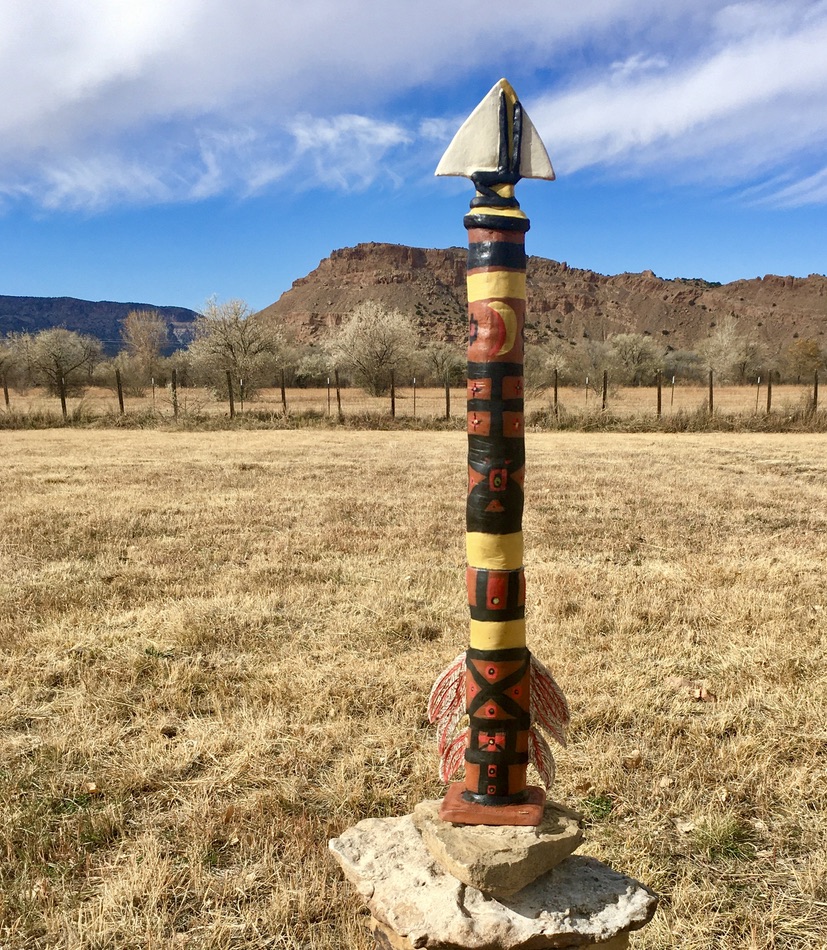 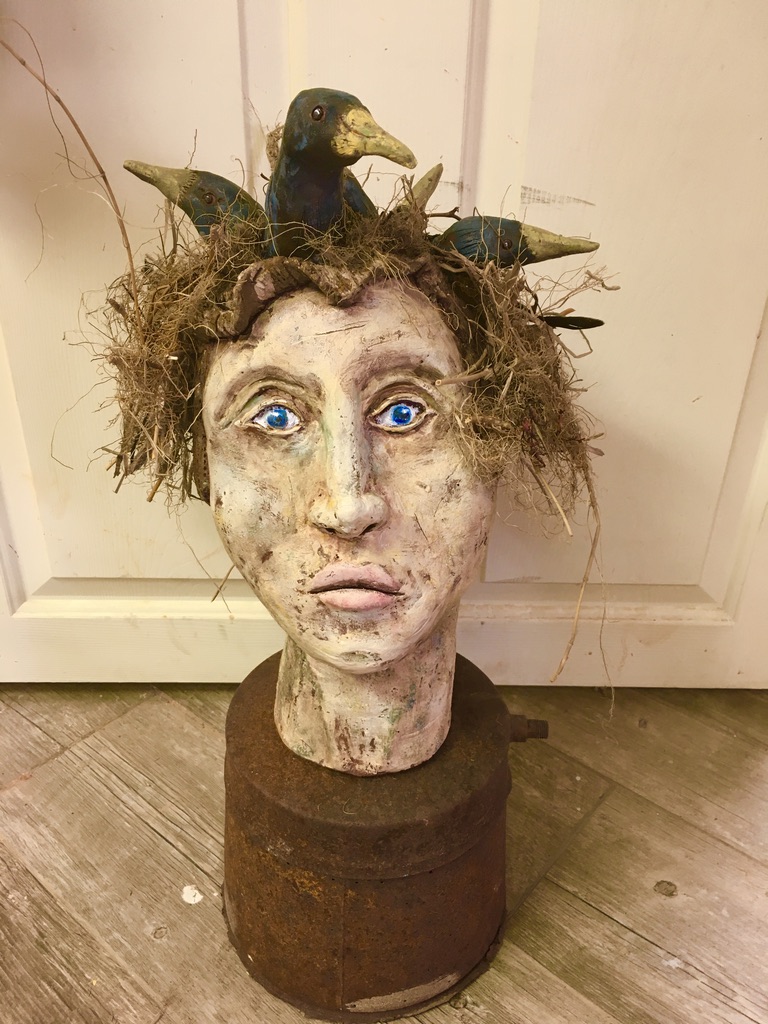 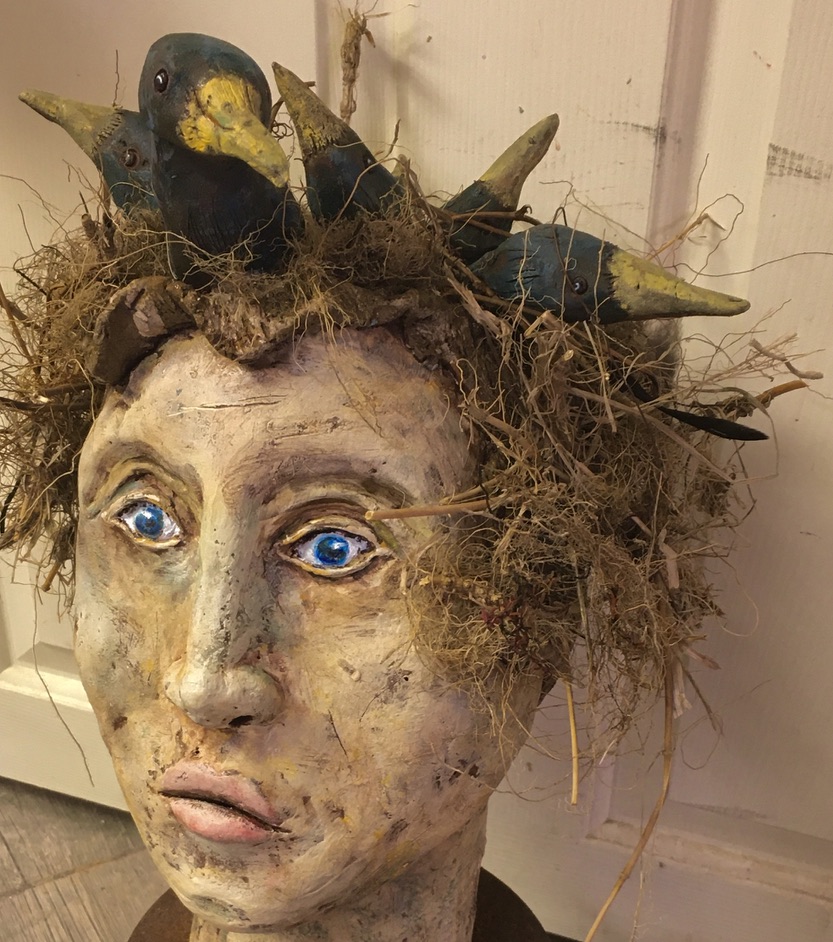 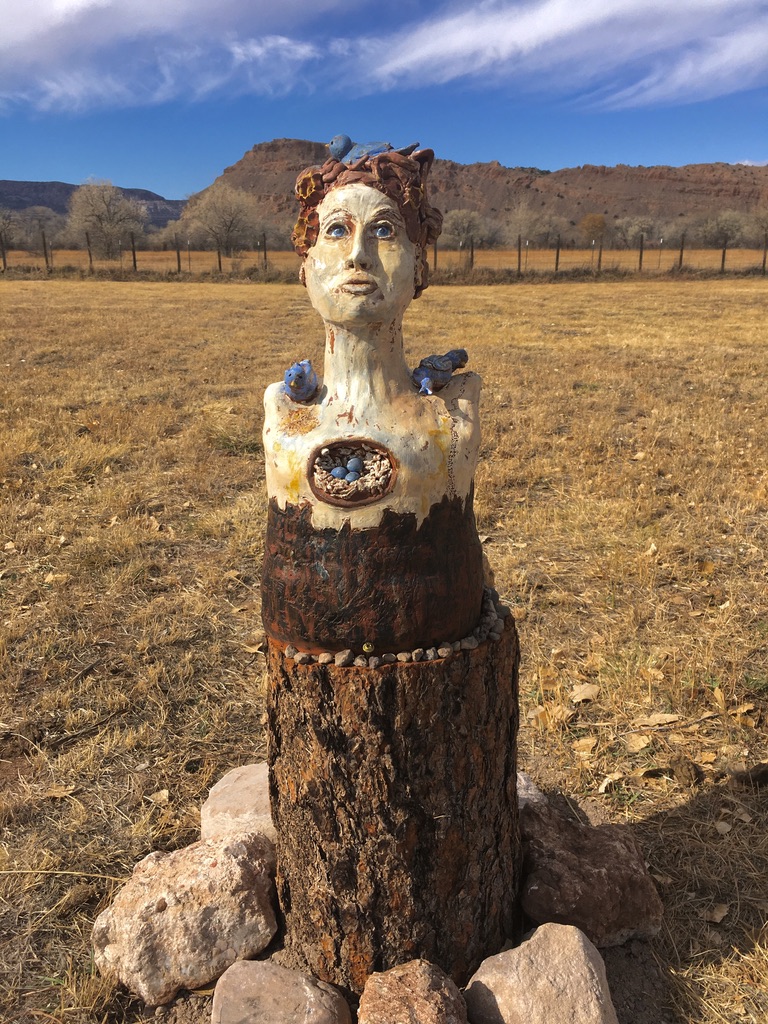 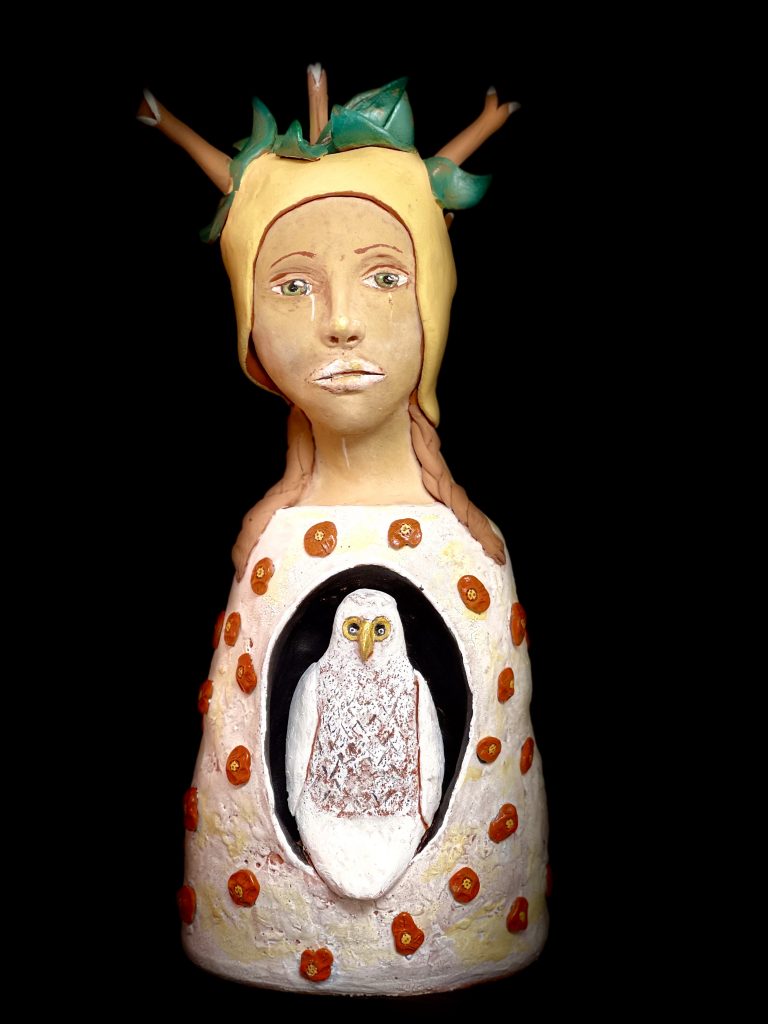 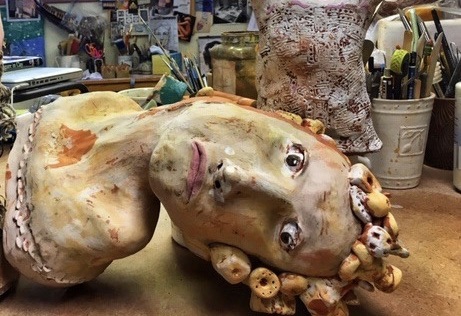 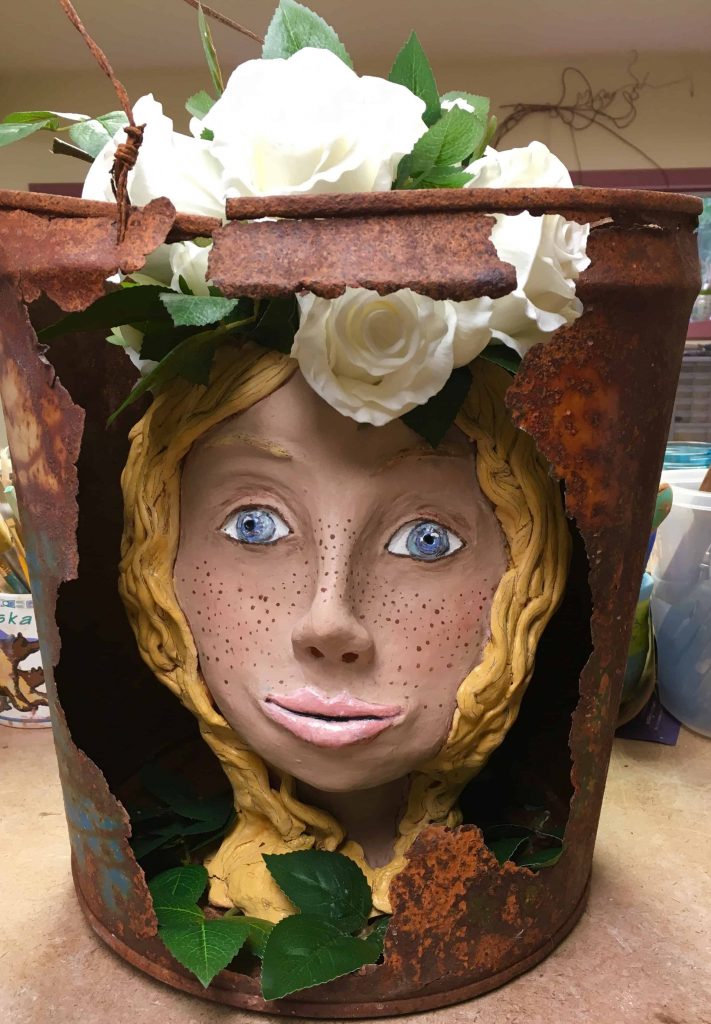 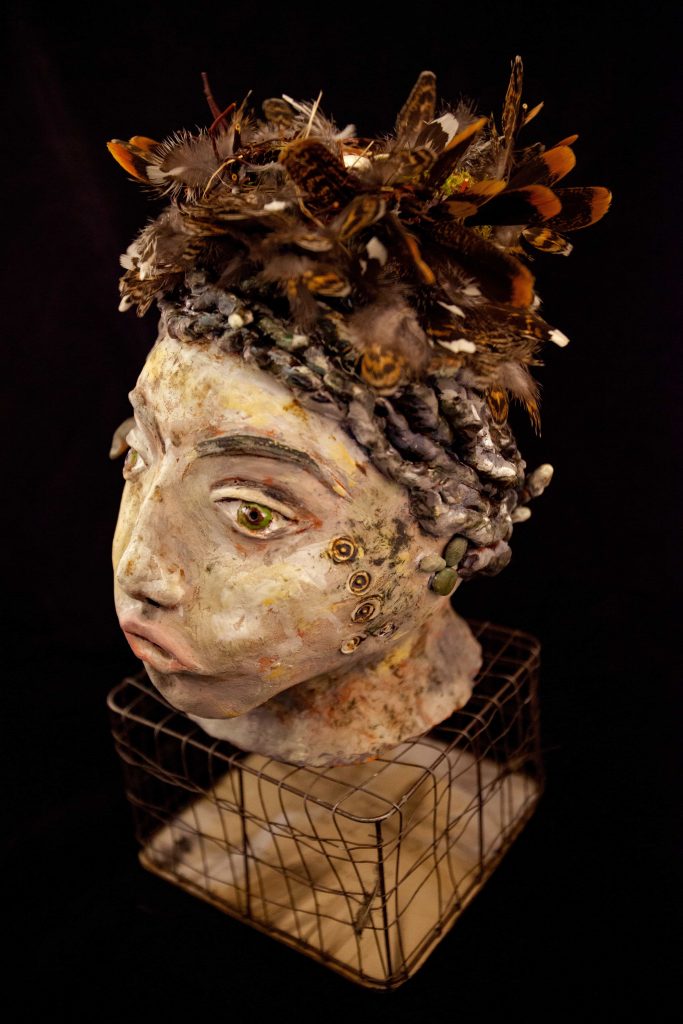 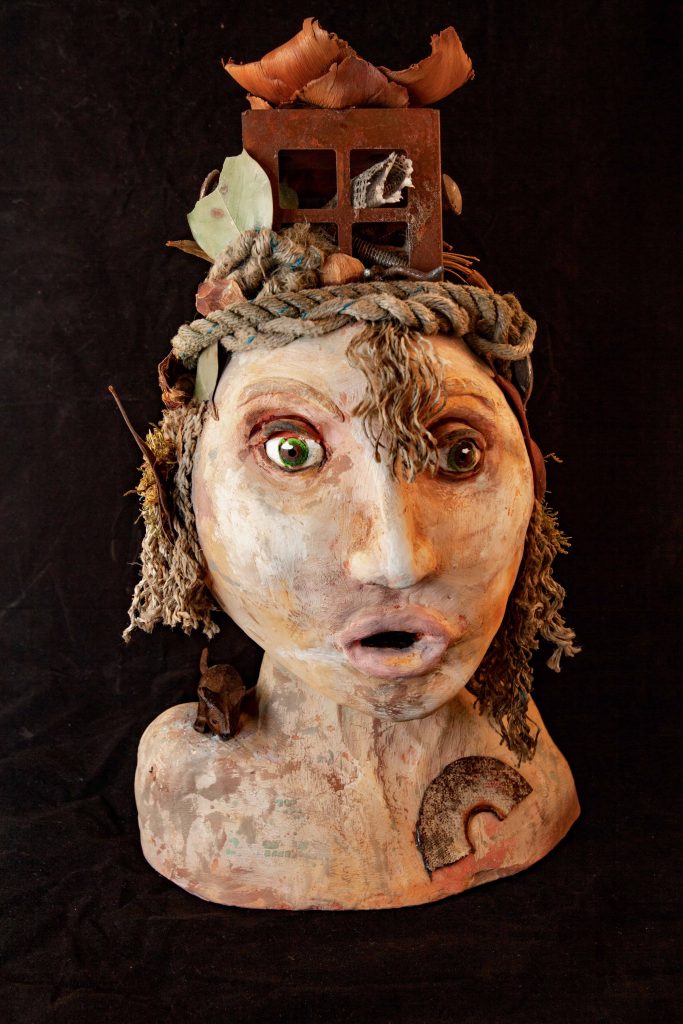 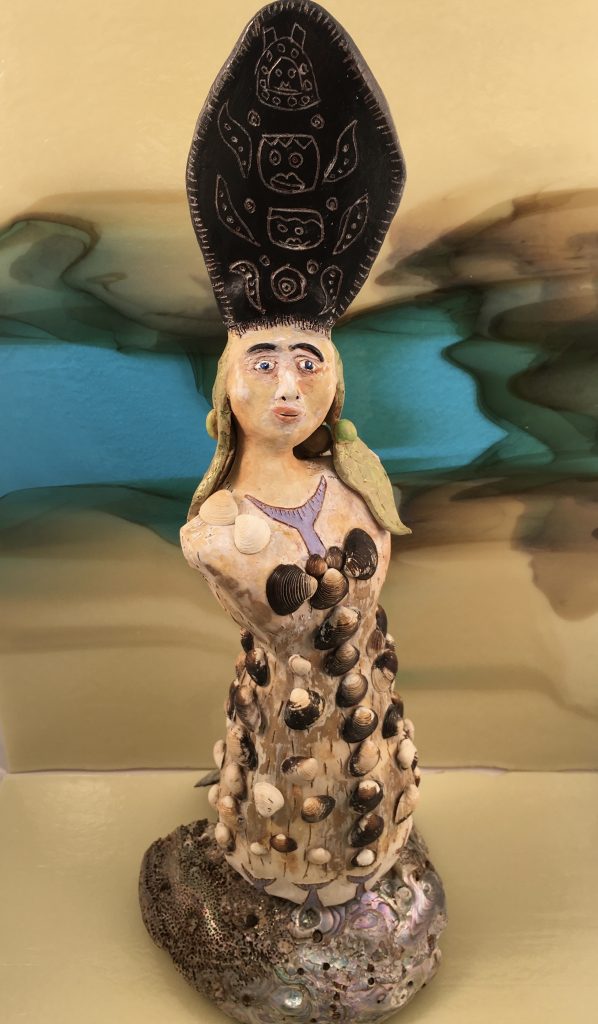 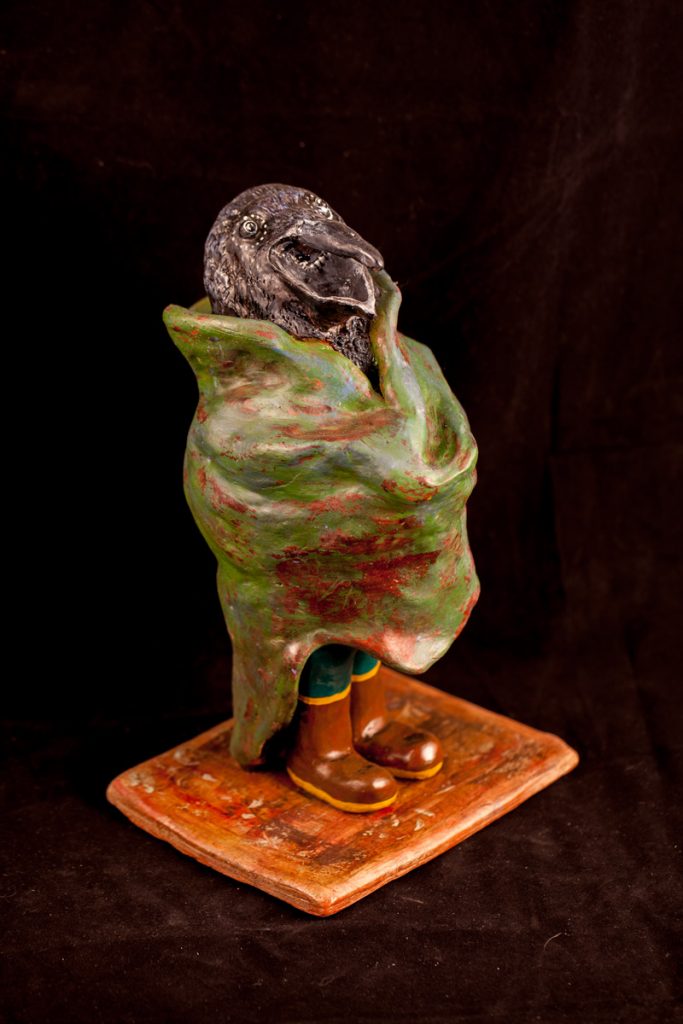 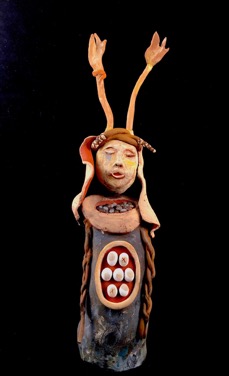 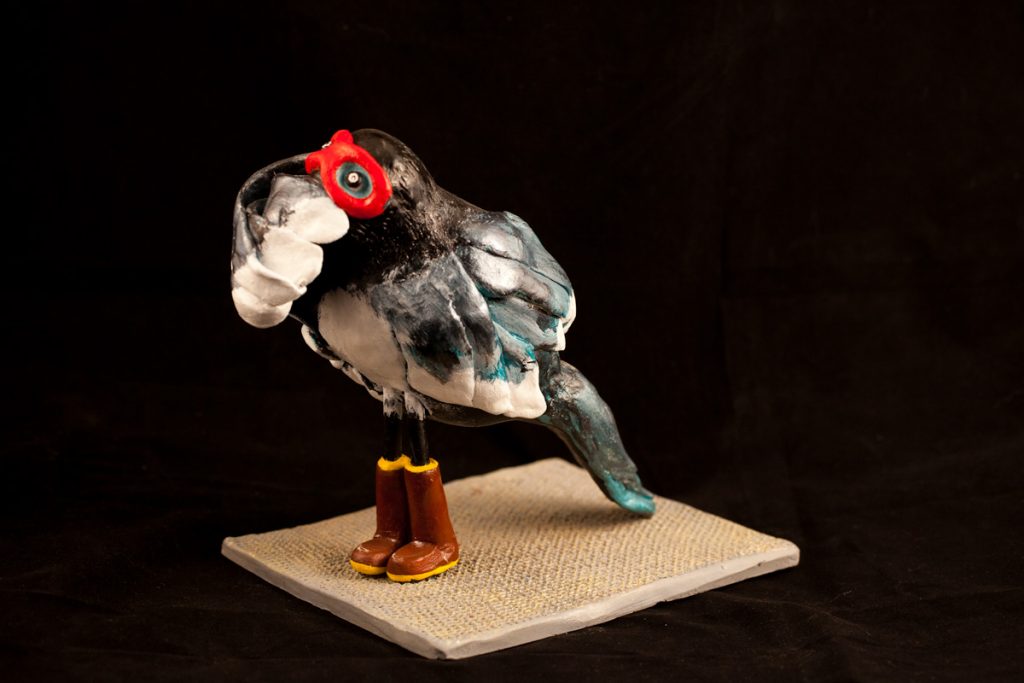 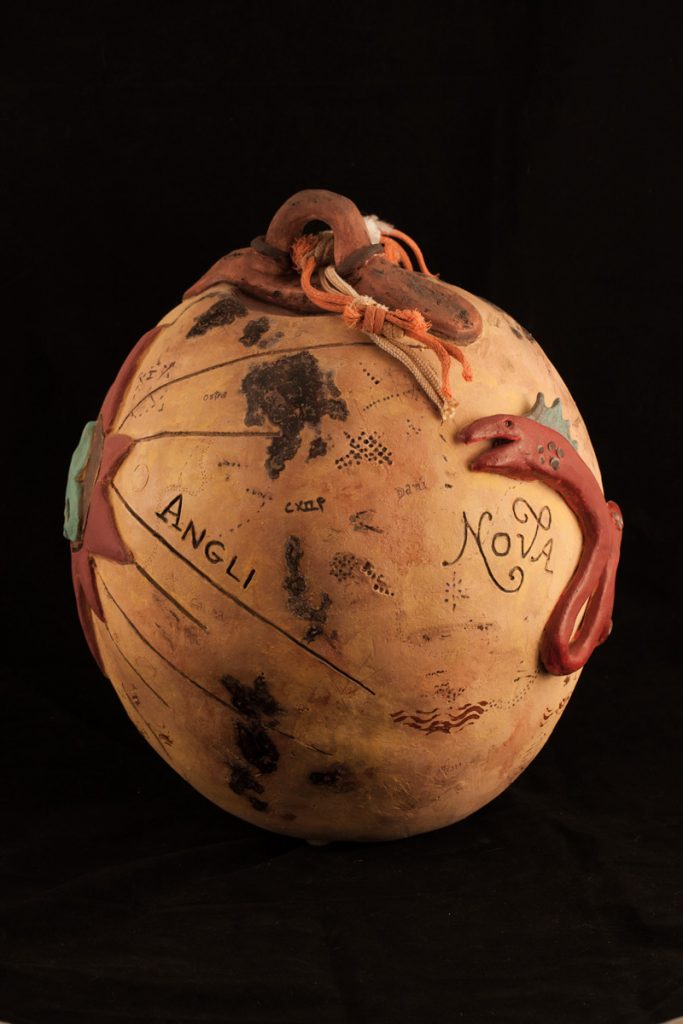 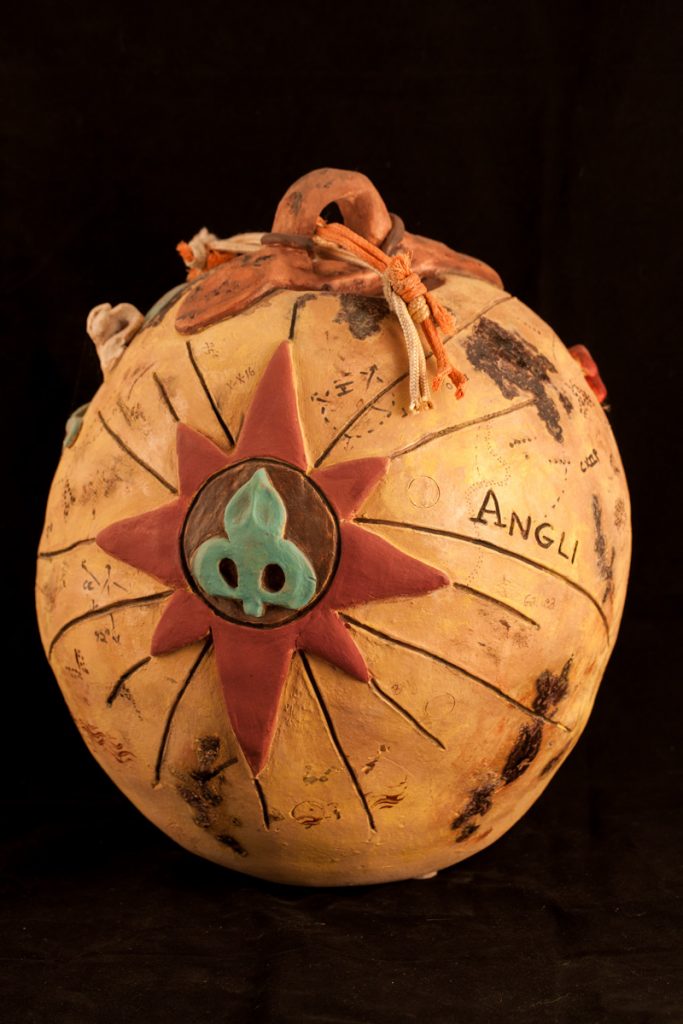 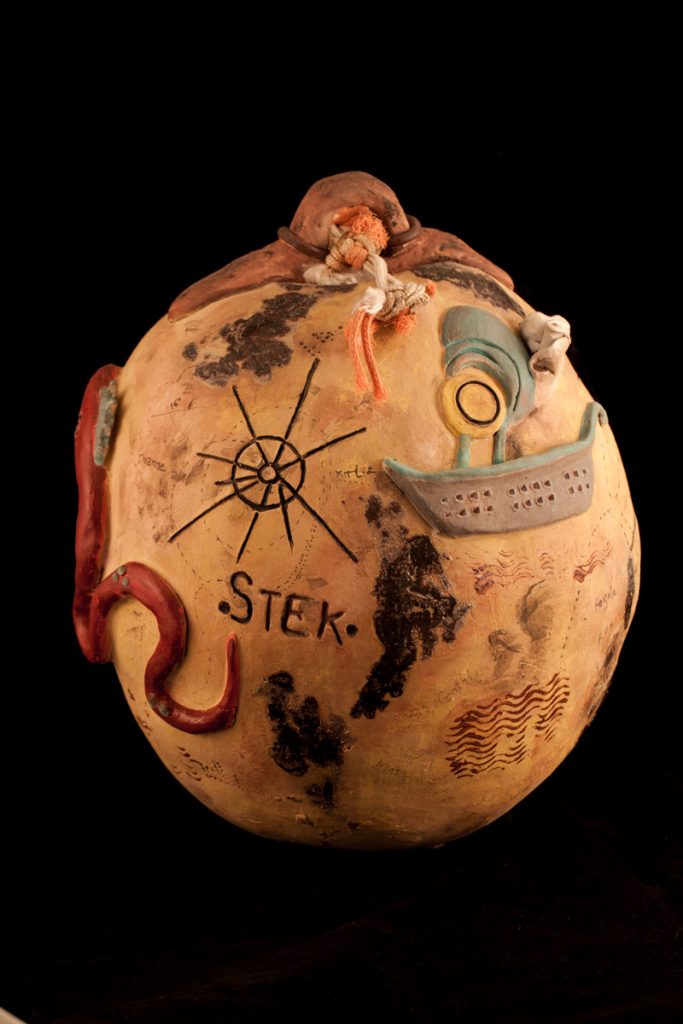 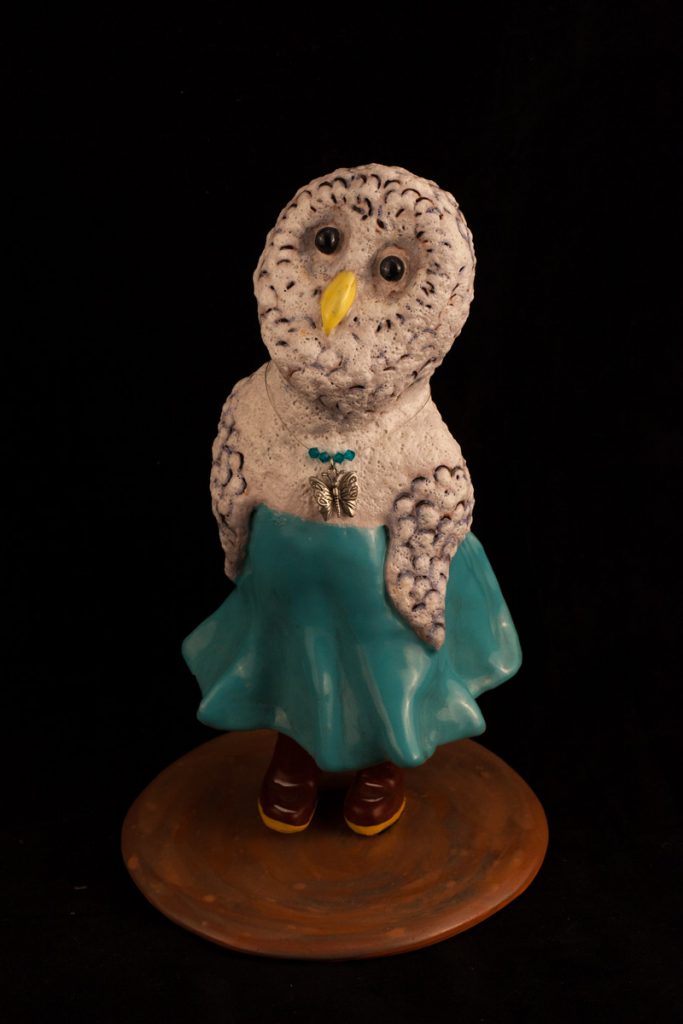 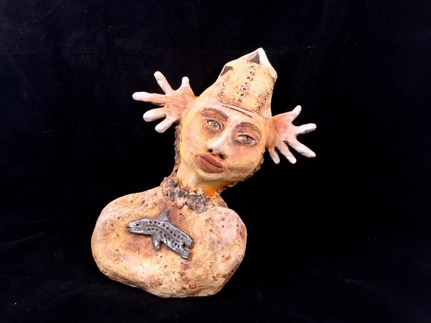