Home » A Blazon to Quinn-Doggy 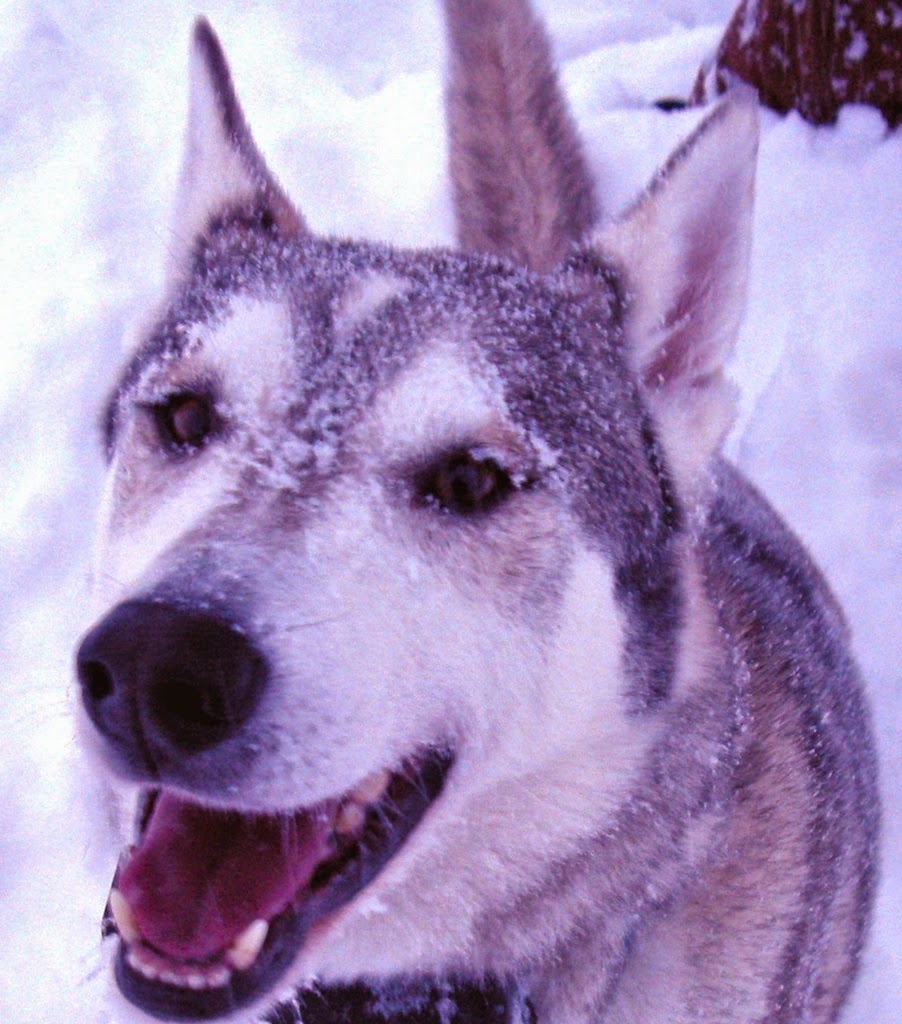 What, exactly, you may ask, is a blazon?
A blazon is a poetic form, first appearing by the French poet Clement Marot during the 16th century.

It started out as a poetic catalogue, which lists or analyzes the virtues or attributes of a woman by defining her admirable features, and comparing her body parts (from the hair down) to something beautiful or precious. You know, the cheesy stuff like “there is a garden in her face, where roses and white lilies grow…she has lips like coral, teeth like pearls, and hair like spun gold.”

The poet deftly uses simile and hyperbole to describe a woman’s physical features; regardless of how deft and romantic , it still sounds cheesy to me.
Why, even Shakespeare had it in his right mind to turn blazons into parodies…like this: “wouldn’t she be ugly, monstrous even, if her breasts were really “globes”, her lips “cherries”? And “my mistress eyes are nothing like the sun, if snow be white, why then her breasts are dun.”

But the blazon form has changed over the centuries. Now it is a line-by-line use of words to describe, in obvious and even obtuse ways, not only a person but inanimate items, like a mountain, a doorstep, a rock. Here is a blazon by Miriam Sagan, from her book, The Widow’s Coat, about her husband who died too soon:

My husband in stubble, zen priest in a nicotine patch
My husband by the open grave with a handful of dirt
My husband the Jew, bleeding from uclers
My husband in ivory beads carved into skulls
A man with designer sunglasses, speeding tickets, the collected works of Han Shan
Of weight loss, skinny Auschwitz, whose new name is colitis
Whose other name means water course in Japanese
Whose name was taken from the western sycamore tree
Whose original name was changed on Ellis Island
Who began to vomit the day I kissed him
My husband who buys one pair of boots per lifetime
Who loses forty pounds, whose wrists make me hysterical, who molts,
parakeet or polar bear
My husband who swam without his glasses towards a horizon marked by a red tanker
Who stood up and hemorrhaged rust, who wrote his initials in blood
Who coached me in childbirth, who owed me fifty dollars, who gave me a mushroom
Who moved the sprinklers, who cut up the counter with a carving knife
Who crossed his legs and sat down
Whose name was raven and anemia and something else secret
An internal organ shaped like Minnesota
Shadow, skeleton, moth owl
Sitting on a cache of eggs in the dark, city sitting on its own skyline
Empire State Building, Arc de Triomphe, Coit Tower
This curve of the world lit up by expensive
Electricity I call husband.

The following is a blazon I wrote about my dog, Quinn:

Quinn, the Eskimo dog
who jumps for joy, drags voles from under snow
nibbles innocently on counter food, then looks up and says, “What?”
Quinn who noses plastic bags
thunder pads on ice who hates moving water
who never learned to walk or stay in one place
who sprints from wall to wall, dirtball
an eagle eye, who roams neighborhoods chases coyotes
and if he could, would Tweet every known dog on earth
to cop a smell to chase and mount and strut his ware
Quinn alpha Quinn rabbit hops in mid air, who
chose the colors gray and sable, black
who won’t be leashed, won’t give slack
Quinn, the champion were he to race, ten years
going on two, he howls like wolves do, true to
husky culture, lore
Obsessed with motion, his altar miles of space
feathers, bones, and stones he’ll dig a hole to China 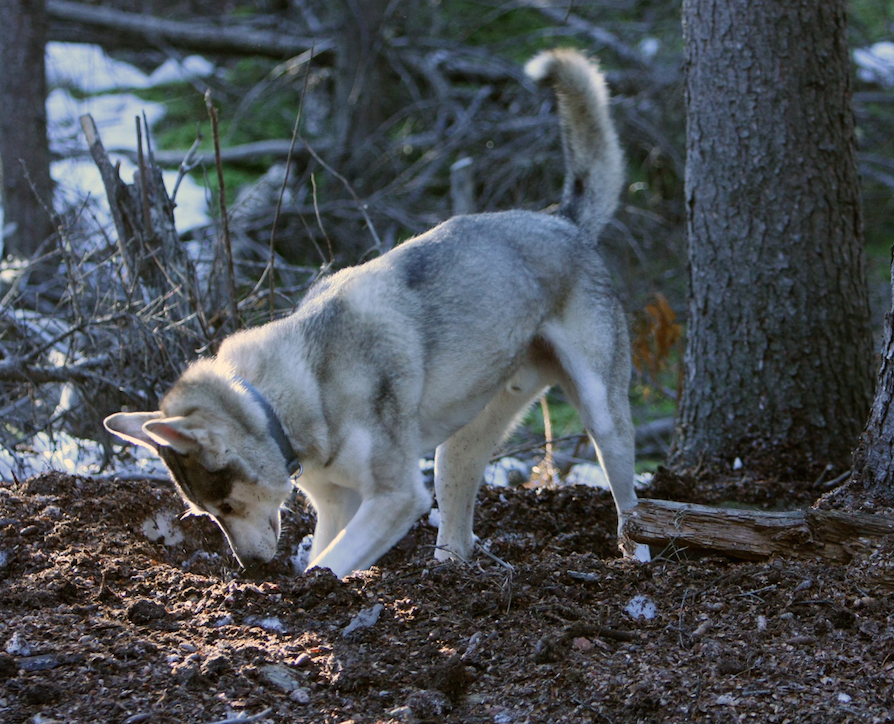 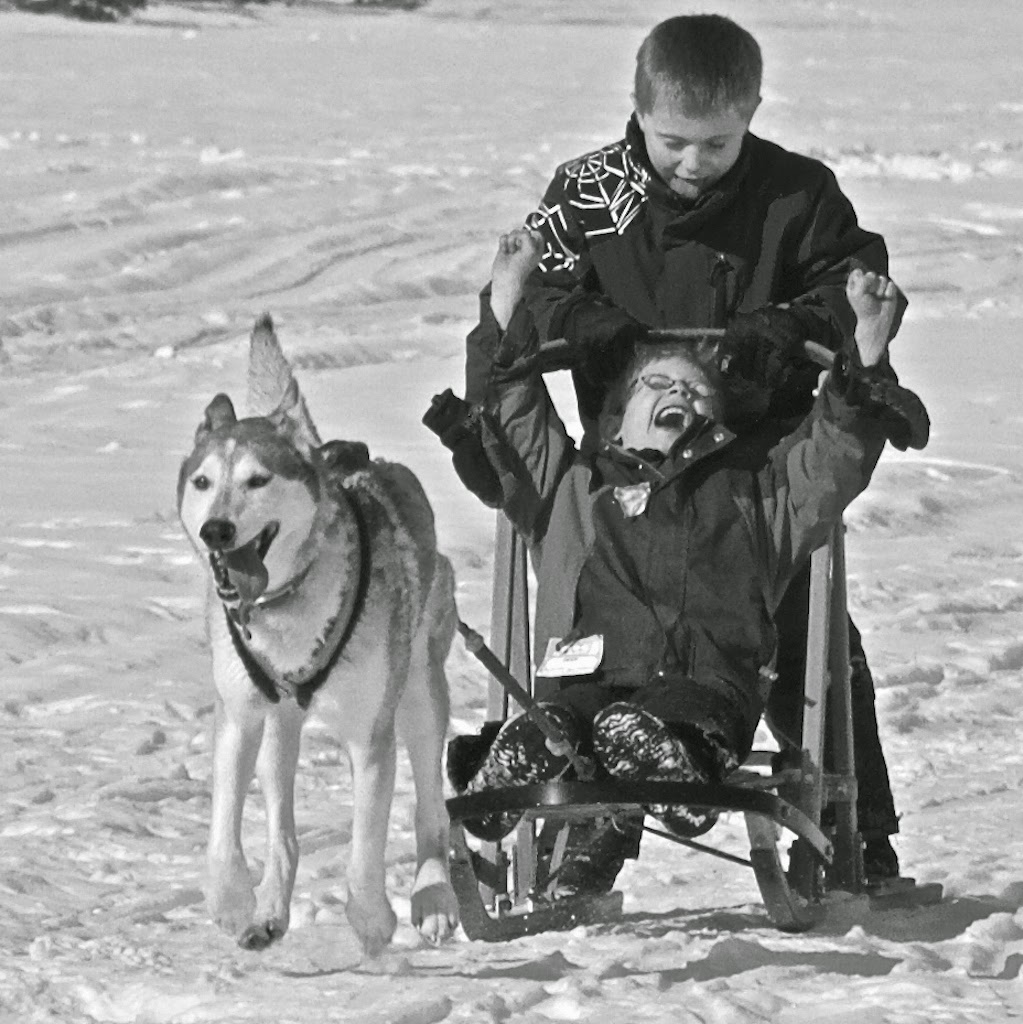 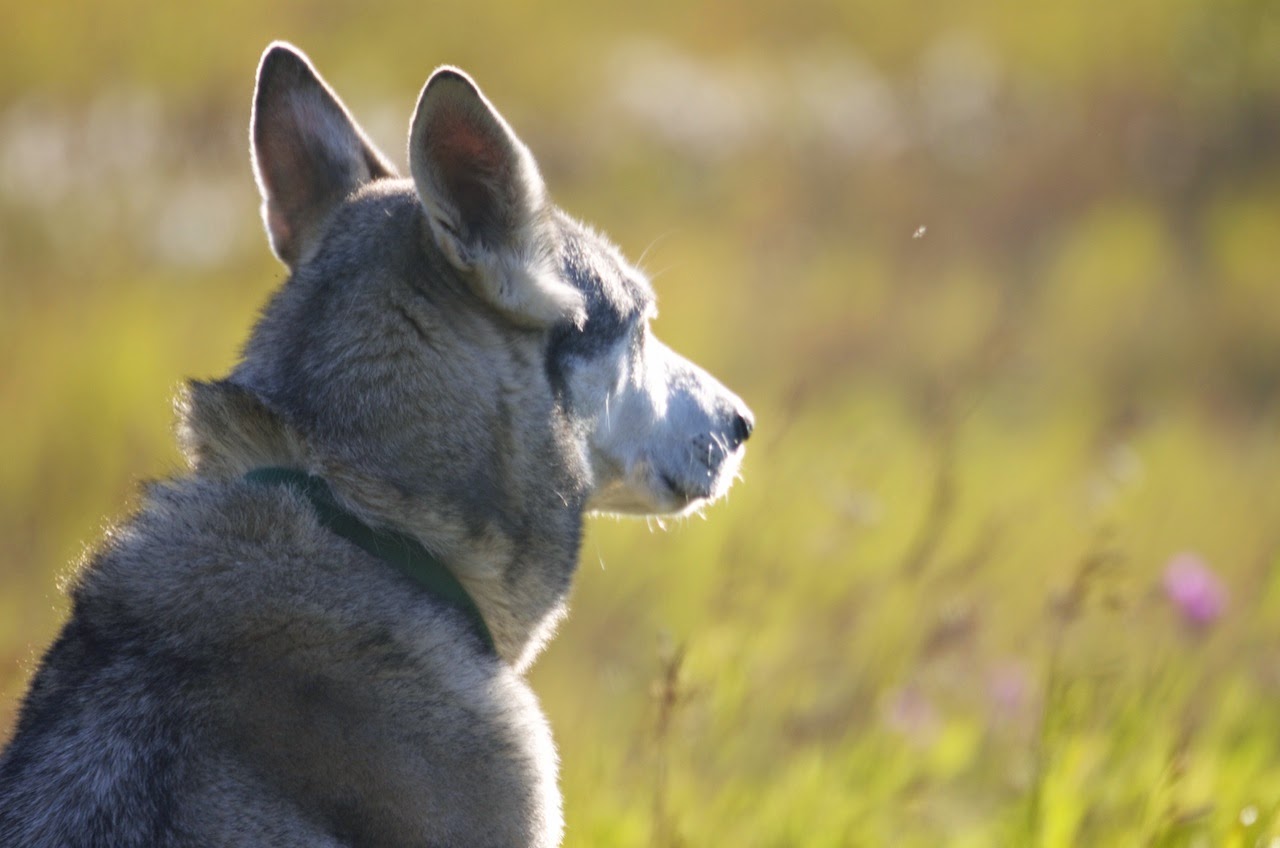 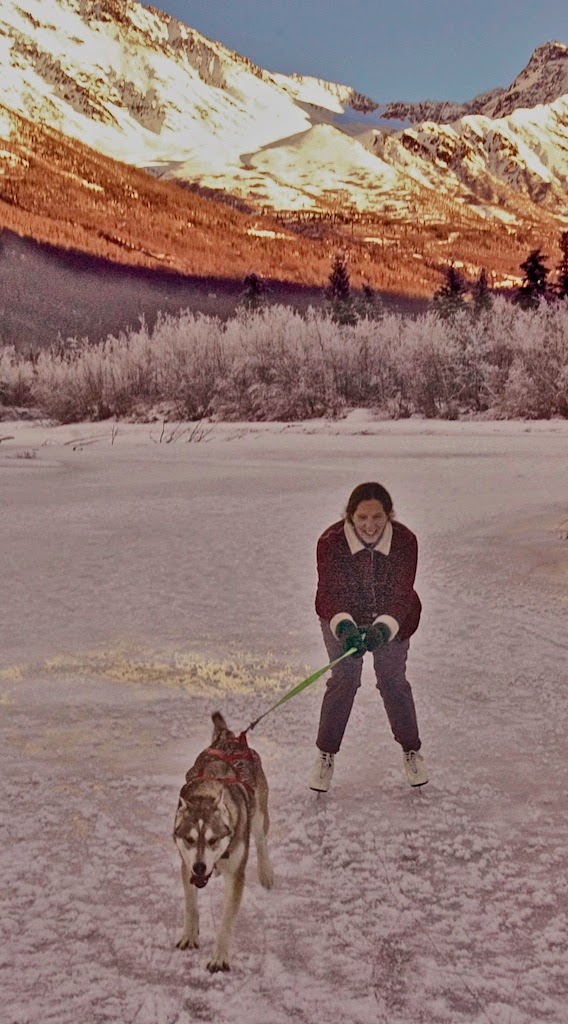 help me skate, and even contemplate, Quinn
a curled ball within cabin walls
man’s best friend and woman’s too
who pokes his nose in thin fish and smoke
rarely reposed ready to go, whose scent is never hidden roving, crashing through willow, frosted ears paws nose down under snow
yellow-eyed the root in canine-speak of
all that rises up, a squall
Quinn the silver bullet
Quinn, the mighty Eskimo
Quinn-doggy, the outlaw. 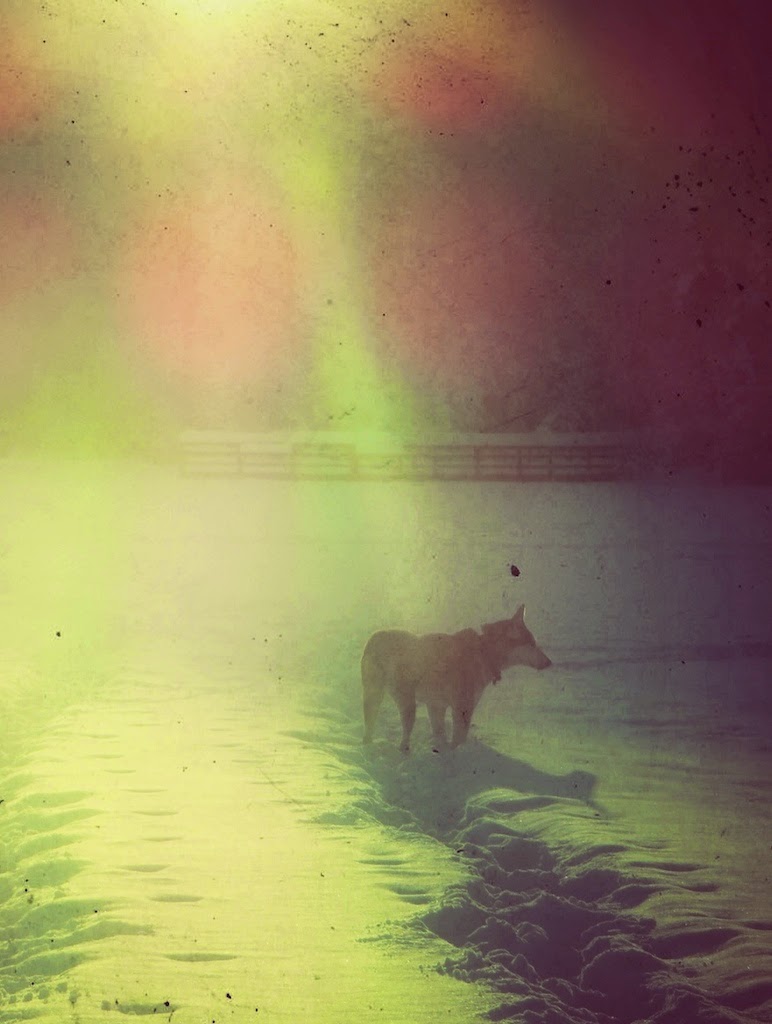 5 thoughts on “A Blazon to Quinn-Doggy”