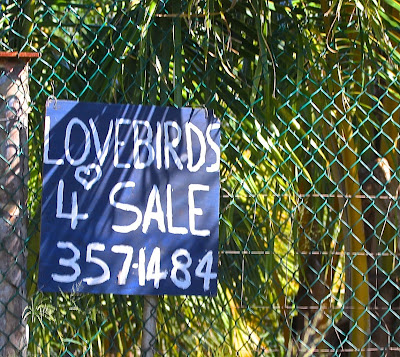 As of this Friday, I have been married to the same man for 33 years…and here’s what cinched the deal over a quarter of a century ago:

In the summer of 1979, I decided to make a career change that would take me from a slow-paced Fairbanks country life to the big city of Anchorage (well, everything is relative). I was hauling my belongings in a makeshift trailer built by the boyfriend, speeding along the 350 mile stretch of road in his brand new pickup truck.

Glancing in the rearview mirror, I noticed a potential problem. The plywood that formed a corner of the trailer was tearing apart. Little by little, all of my household treasures would litter the landscape if we didn’t stop and address the problem–immediately.

Digging behind the driver’s seat, my boyfriend pulled out a box of tools. Nailing the plywood back together wouldn’t work; the continuous vibration would simply pry it apart again. The solution would require a little more serious and innovative thinking.

I went back to the cab of the truck and settled in with a magazine. I had very little confidence in my technical abilities; my brain just seemed to shut down when faced with dilemmas involving “the way things work.”

Soon I heard a banging and stepped out of the truck to investigate. My boyfriend was hammering metal brackets onto the ends of the plywood and nailing them in place, forming a sturdy corner.

“How in the world did you do that?” I asked.
“Simple. Just pounded the metal down and formed it around the corners,” he replied.

“Where did you get the metal (albeit rusty)?” I wondered.
“Tin cans. Found ’em on the side of the road.”

I was amazed. This is the kind of stuff you don’t acquire with a college degree. I found myself very attracted to his resourcefulness (not to mention his tall, dark and handsome-ness). Maybe my mother’s advice to “marry a man who is good with his hands” was wearing off on me after all.

The tin can incident was the first. After 33 years of marriage, there have been scores more. Like how to flip an 800 lb. boat trailer onto its wheels (after being welded) while on an icy, sloped surface. After many adjustments, a dozen trials and my contribution of nail biting, we did it.

Resourcefulness in and of itself, however, cannot stand alone. Although he values and honors the process, it takes the other half (me) to value and honor the product. Without this balance, absolutely nothing would get done in our household. While he may start a project, I am the one to entice him through to completion. Just as the word “can’t” is not in his vocabulary, the word “procrastination” is not in mine.

I cross things off lists; he doesn’t make lists. I’m goal oriented and will reliably follow through to the bitter end. He goes with the flow, so much so that a freeze frame of his work area looks like the scene of a kidnapping. Everything is in its place, exactly how he left it. Sawdust covers the floor, jars are left uncapped, tools lie in public burial. Because another project has caught his attention, it may be days, even months before the original one gets closure.

It’s easy to spot when there is a problem to be solved though. He sits on the couch, a steaming cup of coffee in one hand, the other hand propped under his chin, his eyes darting back and forth. The gears are turning, the machinery at work. He thinks, sometimes he sketches, and always talks out loud about the factors involved in solving a particular problem. In due time, he gets answers.

I, however, don’t bother with such trivialities. I ask Important Questions, like, “What is the meaning of life?” “Why are we here?” and burn with desire for answers to the Great Mystery. Of course, I get none. But that doesn’t stop me from asking over and over and over again.

So resourcefulness cinched the deal for me. I guess I have acquired some technical curiosity as I look in awe at his ability to make things work; but mostly I couldn’t care less, as long as the item in question keeps functioning like it was designed to do.

I spend my time contemplating matters of the heart, and let him fiddle with broken toasters. 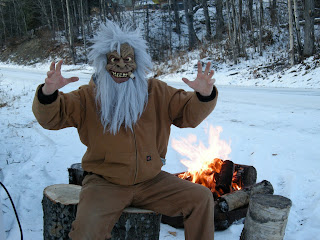 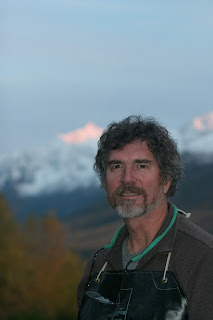