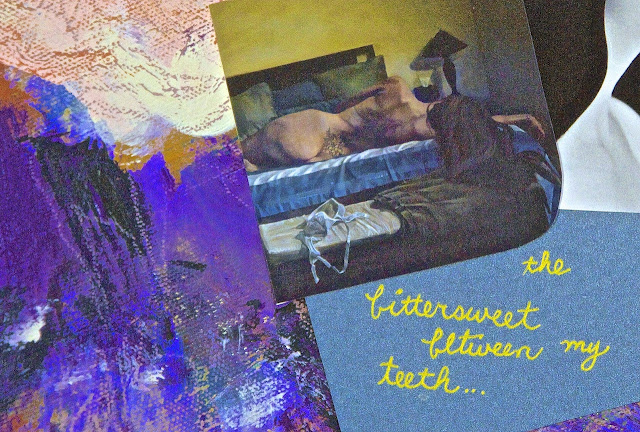 a full house of wine-warmed faces, by midnight
she smelled like warm aromatic bread Bolognese
seeping from her slim black wait-dress

with rugged eyes, the chef thrust a plate her way eyed
her legs, watched her fluid spin unravel:
hips shoulders head flowed like an eddy-driven leaf
and when she spoke
a resonant voice, cheap, the bittersweet…when would she leave?
where would she go?
far away from the thick purl of blue ice, snow
perhaps a curl of green ocean, a day job
a place where she could undress in front of a sheer white curtain
that rises up on the breeze of a summer screen door.
she would miss only this: his handsome language, a language
that sounded uppity and thin, uttered in front of the palate when she spoke it
but his “la bella linqua” rolled slow and low in the back of his throat
and strong
from the cave of his heart
she would go home with him one more night.
her long brown hair would fall all around him and
everything she ever wanted to purge, ambiguous seeds untold
would blow away in the cold
and somewhere else on warm beach sands
another lover would hold her sore
feet in his trembling hands
and cradle them softly, like new-sprung birds.