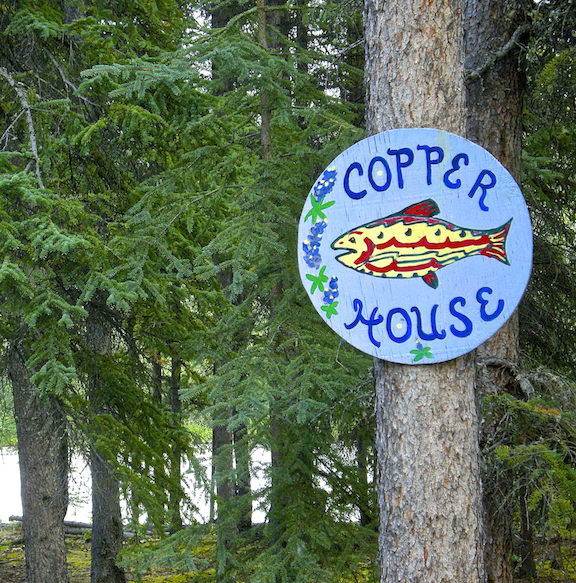 THE RIVER (HE) IS UNSTOPPABLE
spring reigns, break-up pervades
and we sit, around a campfire
on the bank, watching the pre-game show, slow
the brown river runs, undulant under
the light-filled sky, not
a tailgate party, per se
but close (hot dogs on sticks and beer),
we watch with the exuberance granted
a sporting event, jumping to our feet when
upriver an ice jam lets go (the crowds go wild; can you hear them, cheering?)
silt rolls down cliffs, the water (with sudden speed and velocity)
surges and the river (he)
re-shuffles himself and all the space around him
as ice sheets, big as cars amble and spin and flip
swerving around eddies (I’d say a 50 yard gain
in a matter of seconds) the river
leads in turnovers, how fast does (he) run?
colliding with ice cakes, taking a hit
the earth is onto a big play
Impressive
trembling, we sway along with him, jumping
from our lawn chairs perched precariously on an
undercut of silt and root (we live dangerously) and
then the whistle blows (a deep rumbling of ice bumping rock, boulders)
no one says a word
this guy (the river) is a true Olympian
Inexhaustible
his rhythm and pulse, tearing clumps of soil and stone and stalk
cutting deep channels,
“why, it’s like he’s been shot from a cannon,” he shoots
he scores, he is a cloudburst of sky-sweeping liquid,
he is beauty in motion, he leaps and rolls and
within moments, he quiets
We sit down in our chairs, sip our beers, dissolve back into the landscape
and with the eagles perched behind us (in the tall spruce), we wait
for the next and the next
staggering play of the day by the
man called Copper, (who moves with grace and power), the all ’round
Invincible, (sports) Illustrated
Player of the Year 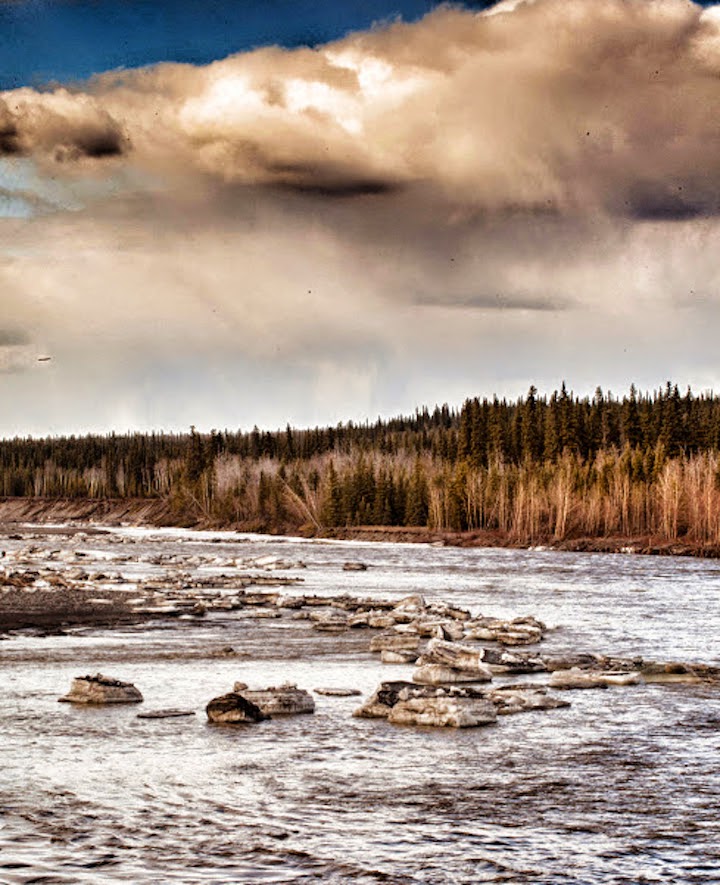 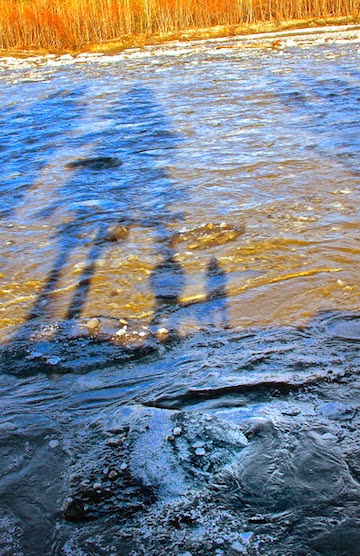 two trees, husband, dog and me 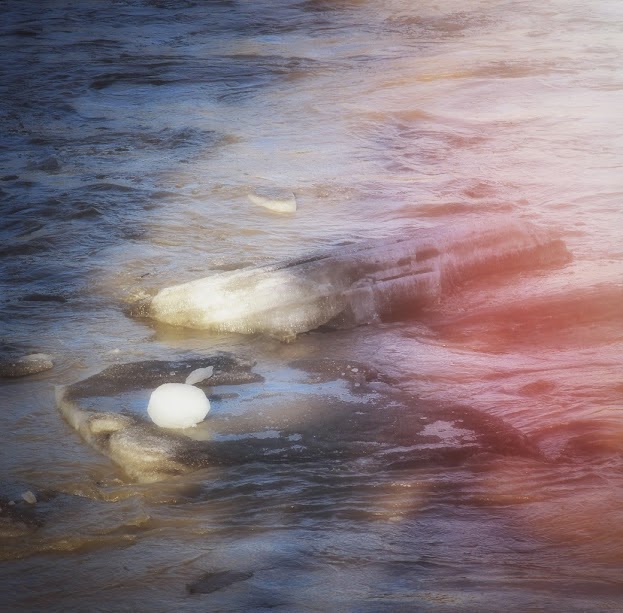 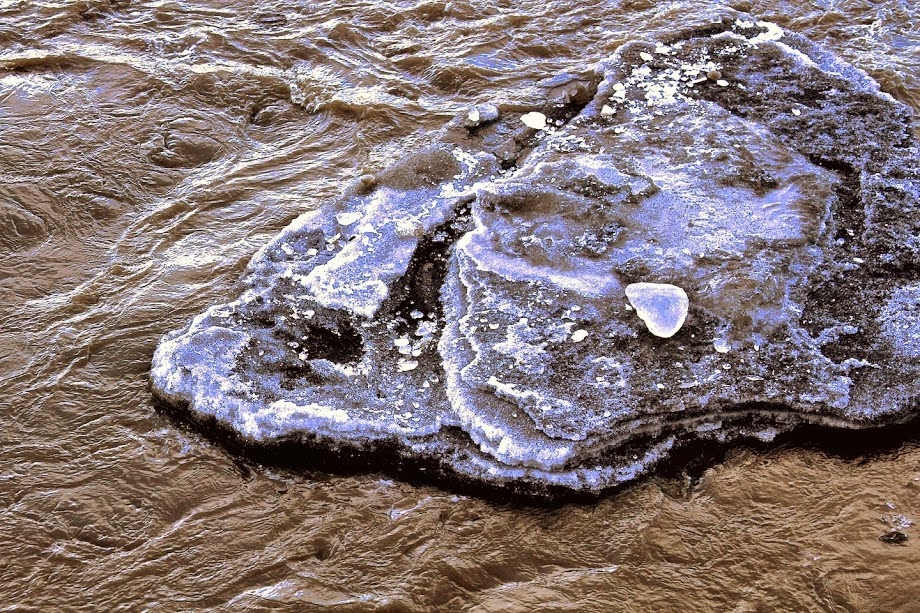 Note: Every year in the spring, we sit on the banks of the Copper River at our cabin and watch the ice jams push through at “break-up.” Defining moments, the ice makes thunderous and shearing sounds as the river melts and ice sheets from glaciers upriver tumble down its course.