The Path Comes to an End 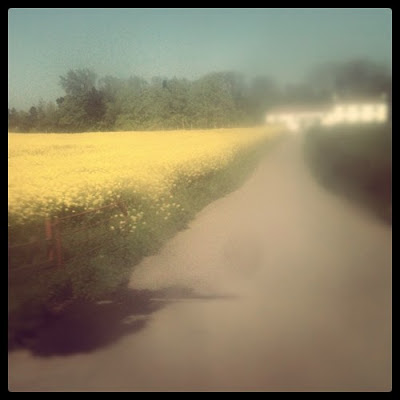 IF I were to encapsulate the writings of Alan Watts,  a teacher of Eastern philosophy, I would say this: He believed strongly in the void; he believed in the notion of nothingness, that seekers need not seek, that each of us is born of perfection and dies as perfection, that we are born alone and we will die alone, and there is no need to grasp in desperation for things to be different than this cold stark reality. Maybe there is not a “next” life; maybe we’ll mix into the earth’s compost, become a part of the roaring oceans, or contribute to the pedals of a pretty pink flower. 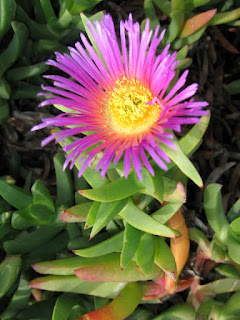 This is not a comfort. In fact, his teachings generate a great deal of fear in me. If there is nothing, then what is all the fuss about? Why are we put on this earth to seek and strive and fumble along, learning to love our enemies, overcome pain, face discomfort and sadness, stare down fear; where is the meaning in all of this? (now I hear my mother’s voice in my head: asking questions is good, but yours have no answers).

Well, there is no inherent meaning. That’s why we create our own meaning, each individual, through our rituals and beliefs, in order to come to terms with our final demise, and to create a directed, purposeful life ultimately in service to our families, friends, companions, acquaintances and people we don’t even know who live half way around the world, living lives far different from our own. We are put here to love one another (now if we could just figure out how to get along).

Still, it’s interesting to ponder another’s point of view. Here is an excerpt from In My Own Way, by Alan Watts (paraphrased):

Regarding the mystery of nothingness: if we were to eliminate all wishful thinking and dubious metaphysical speculations, we cannot doubt that—at a time not too distant—each one of us will simply cease to be. It won’t be like going into darkness forever, for there will be neither darkness, nor time, nor sense of futility, nor anyone to feel anything about. The universe will be going on as usual, but for each individual it will be as if it had never happened at all.  Feeling queasy? Read on.


You will be as if you had never existed, which was the way you were before you did exist–and not only you, but everything and everyone else. We begin from nothing and end in nothing. If you ponder this deeply and at length, it feels rather weird, as if this very apparent something that you are is at the same time nothing at all.

He goes on to say this new common sense, or new logic you are beginning to realize is the identity of ku and shiki, that of void and form. The form takes shape, i.e. we humans, other mammals, mountains, buildings, trees, rocks, the table you’re resting your elbows on…all of it takes shape, and then, quite hastily, disappears.

All of a sudden it may strike you that this nothingness is the most potent, basic, and reliable thing you ever thought of and that the reason you can’t form the slightest idea of it is that it’s yourself.

But not the self you thought you were.


Here’s where things turn around for me. If in fact, one were to embrace the Buddhist point of view, it would behoove one to be open and receptive to each and every experience from moment to moment, because there is no reason to save all the good stuff for enjoyment in a proposed afterlife. What if there is no afterlife?

Our only choice is to be entirely present in this moment, every single one, whether good or bad (it’s best not to label them) right now, and in the next moment, and all subsequent moments that make up your day.

Which would mean whenever we feel queasy about something inside of us that we can’t quite put a finger on, maybe we should resist dishing out a big bowl of ice cream or downing a couple beers, or running to the gym at midnight to block out this sense of futility. Instead…
Wait.


Take a deep breath and just sit with it.  Let the feeling pass. Because it will. If we stay present to it.

0 thoughts on “The Path Comes to an End”