“This Sea, Whose Gently Awful Stirrings…”

Home » “This Sea, Whose Gently Awful Stirrings…”
The sea…an earth in motion.June 23rd report:   We are now 12 days along on our journey…bringing a boat named Room Seven, a 42 foot trawler up to Alaska. Our friends, Steve and Julie (who own the best bookstore in Alaska, appropriately named Title Wave Books) bought the boat in Washington and the four of us are charged with the adventure of motoring the Inside Passage, and crossing the Gulf of Alaska (the biggest challenge), over a 21 day period.I’d just spent the previous week riding horses in Laramie, Wyoming; in no time, my entire nomenclature  changed: from dry ground and dusty boots and chasing cattle, to: setting an anchor, tying mariner knots, and reading the tides…

…from Vee Bar Ranch to the Wrangell Narrows. From riding on firm, durable ground, to riding the pitch and lull of watery waves… 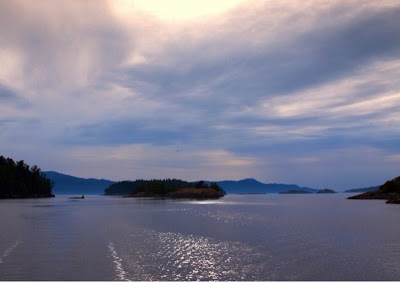 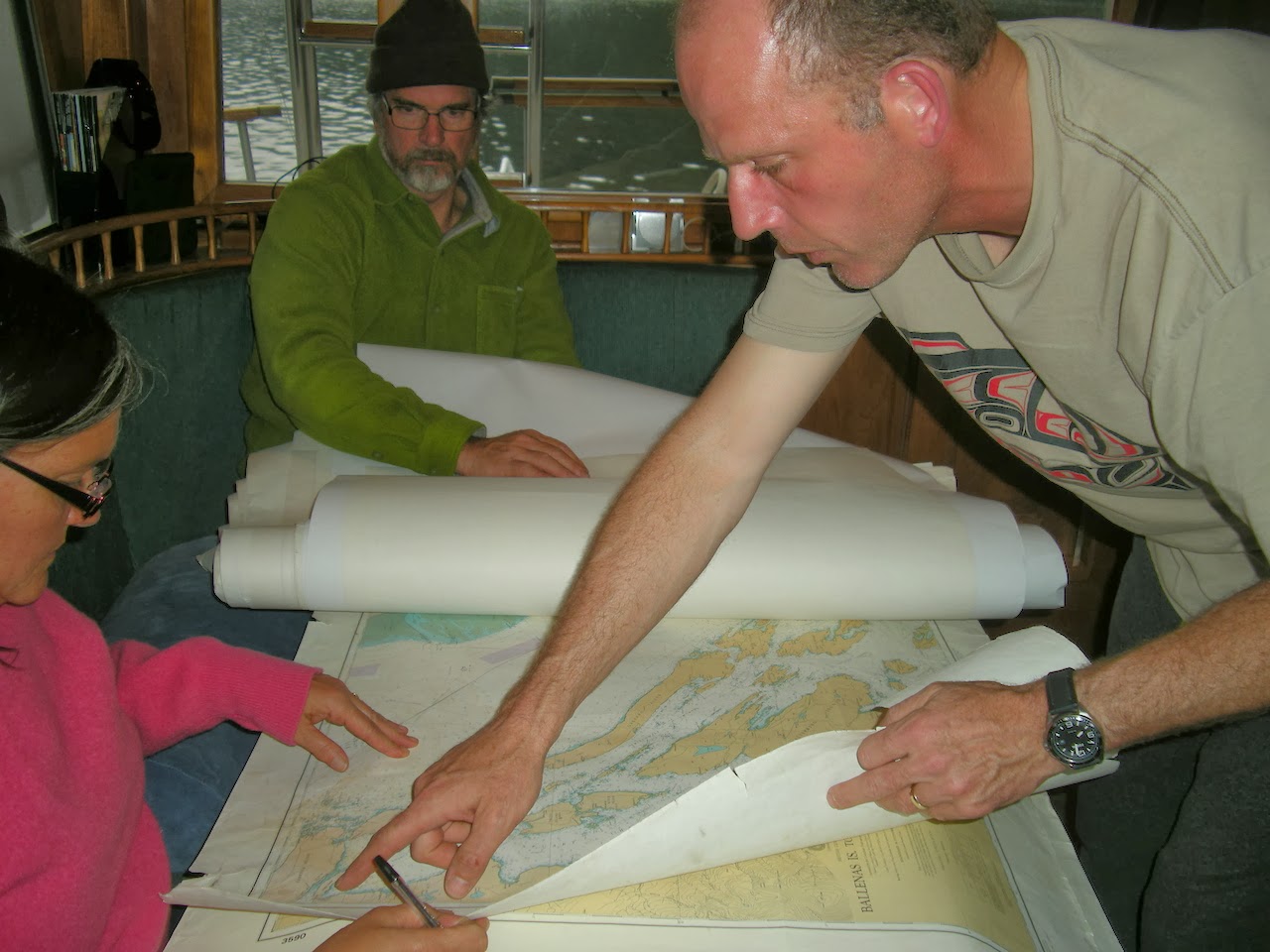 By day, we motor on seas sometimes glassy and calm; other times jostling and rough. Our captain, Steve, gets out his caliper and pours over nautical maps every night to chart the next day’s course. And every evening, his wife, Julie, cooks a homemade meal (with locally sourced ingredients whenever possible) and wine fetched from the last busy port of call. Sometimes fellow mariners gift us fresh caught crab and shrimp. In calm bays, Steve and Kent go diving, taking pictures of underwater creatures, and exploring old shipwrecks. 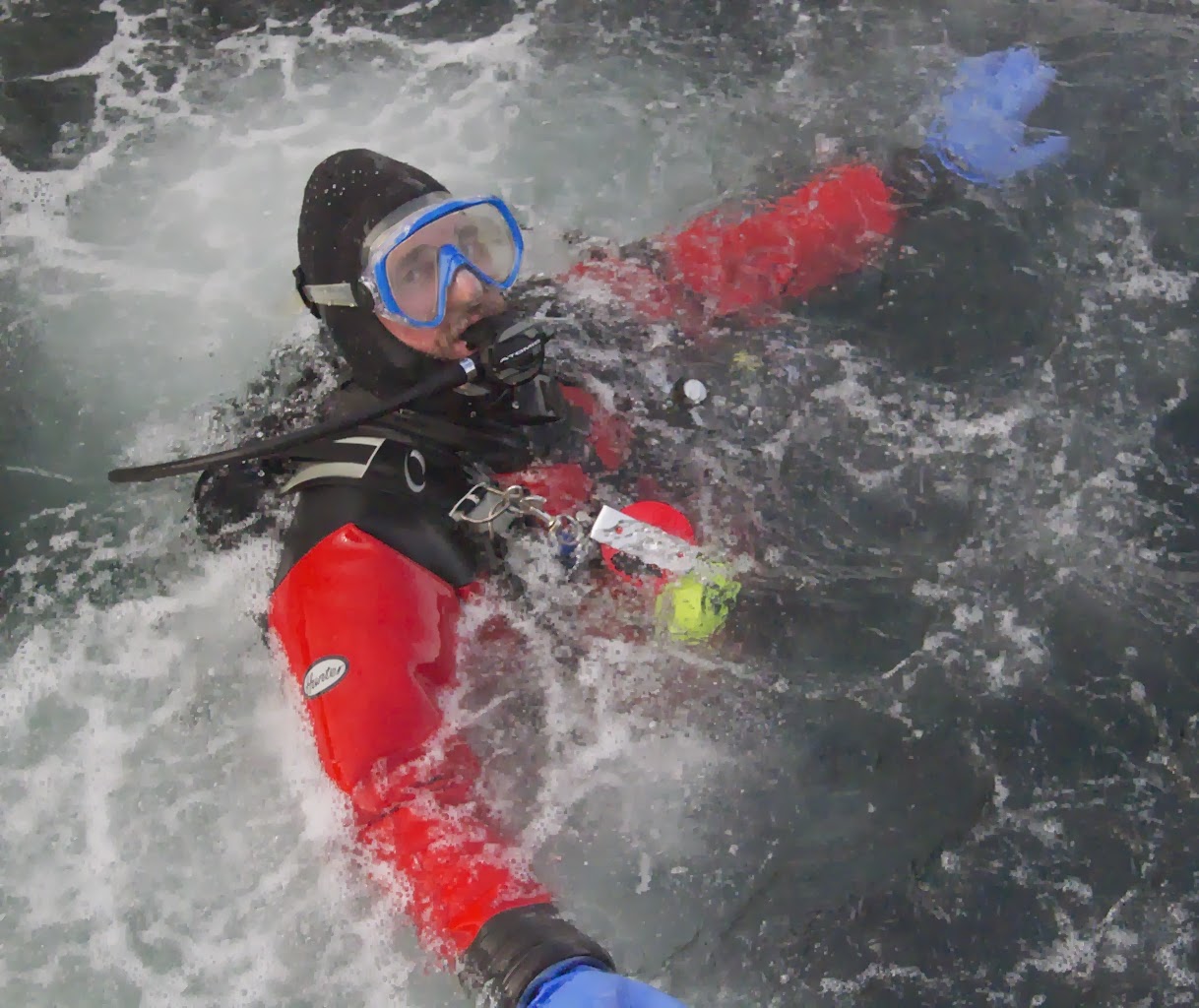 We know when we’ve crossed into Alaskan waters from British Columbia, Canada. We know from the display of Tlingit totem poles, typical in Southeast Alaska, which tell stories of the Raven and Eagle clans. 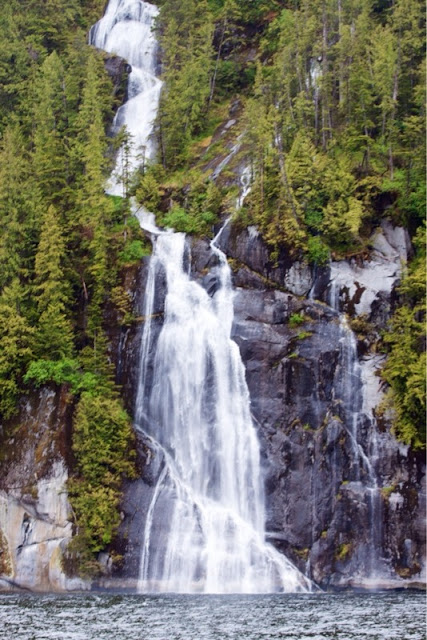 Some days we pass elegant waterfalls pouring down from the mountains (and we are humbled). Some days we anchor up in a picturesque cove and launch our kayaks, 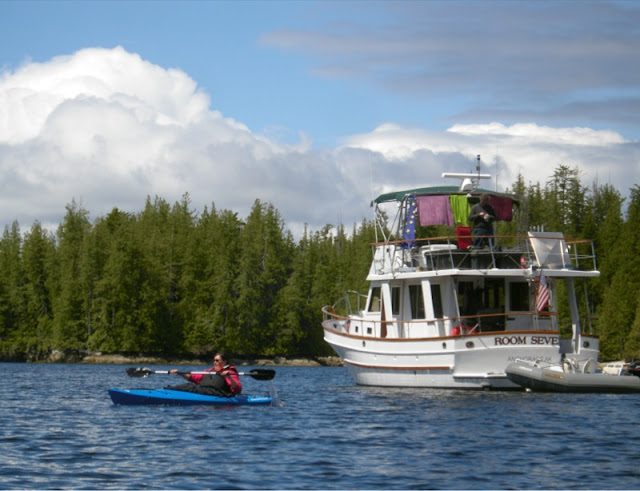 and watch seals pop their heads up and watch us, watching them. Seals are mystical animals when viewed from the deck of a kayak. With sleek gray heads and deep-set black eyes, they look at you directly, holding eye contact without startle; then they slip back underwater in a smooth graceful silence.

Another day in open water, a pod of humpback whales slapped their enormous tails on the surface before diving deep to feed. 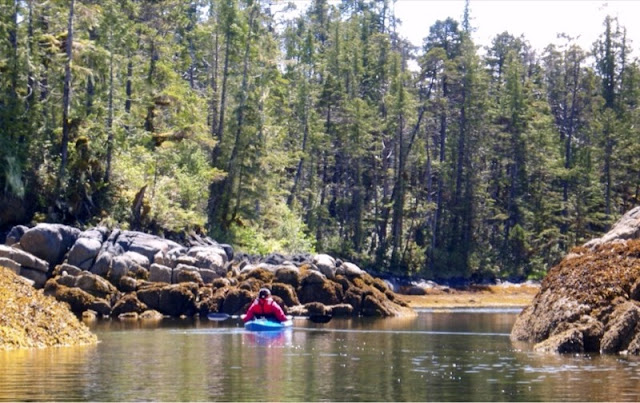 Oh, the enchantment of the sea…

Two weeks in the uneventful seas, it is only a matter of time before the tides will change. We left the peace and quiet of Gambier Bay, headed north to Auke Bay and Juneau when we encountered high winds and 8 foot seas. Pushed by the wind, we rode the swells for three hours, the boat going at times, 11.6 knots/hr. compared to the usual 8.  Cell phones and books, any unmoored object, flew across the cabin, including a hefty coffee maker.

I felt tension creeping into my bones; the waves rolled and crested, coming from all directions now, and Steve stood at the helm, muscling the controls. It was reminiscent of flying in a small airplane in heavy turbulence. Pitching and rolling side to side, quartering waves, we heaved and surged.

Not allowing my mind to leap into fear, I kicked into modus operandi: hold on, and breathe deeply. Go with the flow. Soften.  At times, there was a lull in our progression, like drag in an airplane; other times, we crested the waves and felt a great surge forward, like surfing. But we made it safely to a quiet harbor…and recapped the experience over dinner.

“….this sea, whose gently awful stirrings seems to speak of some hidden soul beneath.” *

0 thoughts on ““This Sea, Whose Gently Awful Stirrings…””