Consciousness has its own Coherence

Home » Consciousness has its own Coherence 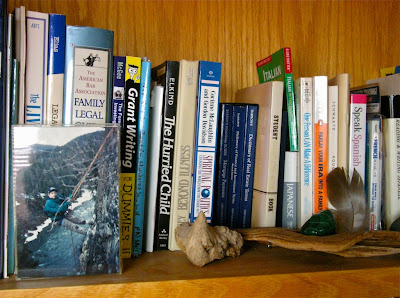 I’m in the process of writing my memoirs of the last thirty years living in Alaska, which is an adventurous task (I took my first job out of graduate school in Fairbanks, circa 1978). I write about going out on the ice with whalers, growing a garden in the expanded daylight of summer, flying in small planes to Indian and Eskimo villages, the rigors of cabin building, the cold and darkness of extended winters…oh, the darkness.  And yet, I’m not exactly sure what the over-arching theme of the manuscript in its entirety will be when I’m finished, but I can hardly wait to find out.

Consciousness has its own coherence, says Dani Shapiro, bestselling author of five novels and  the memoirs Slow Motion, and her latest, Devotion. I had the privilege and pleasure of hearing her speak about memoir last week at the Anchorage Museum. She re-iterates what I’ve heard over and over from writers (and artists alike); and that is, you often don’t know ahead of time where the story will lead, how it will turn out, what the sole purpose or underlying theme is until it is written, because sometimes consciousness works that way, it has its own coherence and we just need to trust the grand scheme, the bigger picture, the major theme that resonates beneath the story. She writes: “In truth, I often have no idea what drives me forward when I’m writing a work of fiction.  I try to remain willfully obtuse about my themes, because to over-think, at least in the early stages, creates a self-consciousness that ruins the work.  It’s only later, much later, when a story or a novel is finished, that I understand what it is that I’ve done, and what has driven me to do it. This is also true for the memoir.” You write a story from slivers of memory and discover later what the story is really about. Cloaked in the story about catching and harvesting red salmon on the silty beaches of the Copper River, I later discovered the connective tissue underlying the story was the pain of my mother’s death and the quiet exploration of her life.

This is what I admire most about the creative process. You just never know, and not knowing enables your thinking to loosen its grip around pre-determined plans; it’s expansive so long as you learn to be at peace with the “not knowing.” Mysterious discoveries reveal themselves in spite of yourself and that’s where the magic lies

Dani spoke of writing about relatives while they are still alive, and how delicate a process it can be. She wrote a story about her sister who was quite angry for the telling because after all, it was her story. But isn’t a sibling’s story also your story? Do we not exist in relationship to each other? I have four siblings who shared the same household as I, yet each of our stories surrounding a shared incident would be wildly different. It’s like Anais Nin said: we don’t see things as they are; we see things as we are.

On the writing life: I cringe sometimes when it takes me two hours to write a single satisfactory paragraph. Writing takes time. And reflection, thought, revision, insight, hard work. But if that’s what it takes, then that’s what it takes; there is nothing else to say or think or feel about it. Sometimes it’s lonely; you stand outside of the group, watching people, taking mental notes…did you catch her sour expression, notice how he laughs for no reason other than the pleasure of laughing? All grist for the mill. You spend blocks of hours being alone, deep sea diving, looking for compelling creatures. You also watch your mind; how it works, how it spins a story, how it has a “mind” of its own, how you often have to reel it in, question its motivations, exercise it, free it so you can begin again.
There is always a story within a story, a thinking about what you’re thinking. Consciousness has its own coherence, in spite of our best-laid plans. 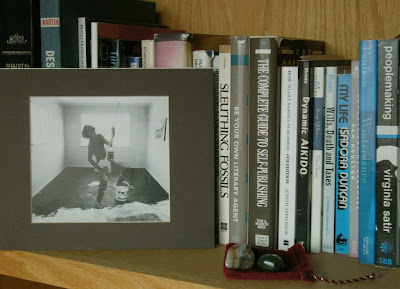 0 thoughts on “Consciousness has its own Coherence”