Wednesday we leave for a month-long trip to Europe and Morocco. Hopefully, we’ll have many opportunities to duck into internet cafes. They seem to be in some of the most far flung places around the globe, we’ve discovered, but one time, on a road trip in the good ole’ US of A, we couldn’t find one in Provo, Utah. Hmm. I’ll be blogging weekly, as per usual.

I’m fulfilling a wish to see some of the greatest art in the world before I die (not that I’m dying anytime soon, but still…). Marble cathedrals built in the 11th century, Michelangelo’s sculpture of David, scores of tapestries and paintings from medieval to modern times. I hope I don’t faint. I kid you not, this is a reality…fainting in the face of great art.

I have studied yoga for over 20 years, and in the early nineties attended a retreat at the Kripalu Yoga Center in Lennox, Massachusetts. One evening, Yogi Amrit Desai, founder of Kripalu Yoga demonstrated a “meditation in motion yoga flow.” The energy in the room was palpable and electric. About a hundred people stood in a big circle and Desai was in the middle, slowly executing a palette of beautifully linked movements. I was spellbound by what I was seeing, a complete defiance of gravity in a on-going flow of yoga that left me breathless. Some people had tears running down their cheeks. A couple people fainted. Later that evening, I questioned exactly what had happened there.  How could he move with such amazing grace and how did he elicit such intense feelings in people? It was the most beautiful, radiant, energetic performance I had ever seen from a human being. There are many pathways to the Divine, and this was his expression through the portal of meditation, breathing and movement.

I came to the conclusion that I was in the presence of great art that night. Sometimes beauty throws you for a loop! Florence, Italy has some of the richest treasures of art in the world, and this is a fact: oftentimes, foreign museum go-ers are plagued with a rare psychological disorder while standing in the presence of outrageous BEAUTY…yes, they faint, or collapse, or have panic attacks and have to be rushed to the  the city’s Santa Maria Nuova Hospital. These outbursts have a name: Stendahl Syndrome, named after a French novelist who in 1817, wrote about his breakdown while viewing masterpieces of art.

Oh, please Lord, don’t let me faint in front of Benini’s statue of Saint Theresa…I promise five Hail Marys and ten Our Fathers…I swear on the name of the cross! Just breathe deep and you’ll get through it, my yoga training tells me.

After being immersed in great art, we’re headed to Morocco to catch the view from the backs of horses. I hope to keep in touch via some far-flung internet cafe in the Sahara Desert.  Ciao. 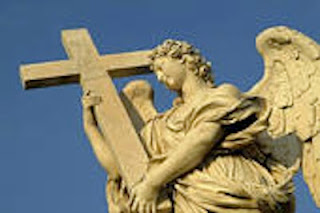 You might enjoy this Essay on the Fear of Beauty