Today is Easter Sunday in Florence. We arrived two days prior and found our apartment down a narrow cobble-stoned street lined with restaurants and shops. Florence is a magical city, the heart of the Tuscan world where art, architecture, food and wine are bountiful and magnificent. We rose early, dressed in Sunday clothes and walked a short ways to the Piazza del Duomo, home of the biggest church in the city, the Santa Maria del Fiore, or “Duomo.”The big event in Florence for Easter is the Scoppio del Carro, or the “explosion of the cart” which takes place in front of the Duomo. For over 300 years the Easter celebration has included this ritual, during which an elaborate cart standing three stories high, is dragged into the square behind a fleet of white oxen decorated in garlands.

The origin and historical value of this tradition is fascinating. A young Florentine named Passino, a member of the noble Pazzi family, apparently took part in the First Crusade in the Holy Land, where he gave ample proof of his courage (he was the first to scale the walls of Jerusalem and raise the Christian banner). When he came home, he brought back three flints from the Holy Sepulchre that he received for his act of courage. This reliquary, today preserved in the church of Saint Apostoli, lies behind the Florentine celebration for the Resurrection of Christ. For centuries, the Florentines used these flints to light the “Holy Fire” which was distributed once a year, to every household in the city. The cart was used to pick up the consecrated fire and “cart” them around town, so to speak. Over the years, the cart’s decorations grew more and more elaborate, as did the fireworks.

Outside the Duomo, crowds of people, mostly Italian tourists who come to Florence especially for the celebration, wait in anticipation of the Scoppio del Carro. Mass is heard in Latin (I am a “lapsed” Catholic and the flow of priests, bishops, altar boys, palm fronds, olive branches and the call and response of this ancient language floods me with memories). An eloquent choir is broadcast over loudspeakers, followed by the sound of chiming churchbells cascading through the air from Giotti’s Bell Tower. There is a parade of medieval characters in Renaissance dress, leotard-clad drummers, a band of men waving huge banner flags with family  crests, and women in long flowing velvet dresses with flowers in their hair (think “Shakespeare in Love”). Then the climax begins: an Archbishop lights a small dove-shaped rocket which is shot from the cathedral to the huge cart at which time the cart “explodes” into fireworks and the square becomes alive with a sequence of booms, smoke, sparks and wide-eyed people.

After the festivities, people disperse into the streets and squares around the city. The thunderous chiming of church bells continues throughout the day and night, reminding everyone that Easter Sunday is indeed a very holy day for Catholics around the world. Piu straordinario. 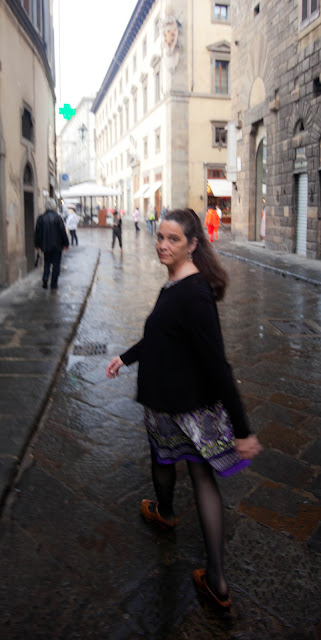 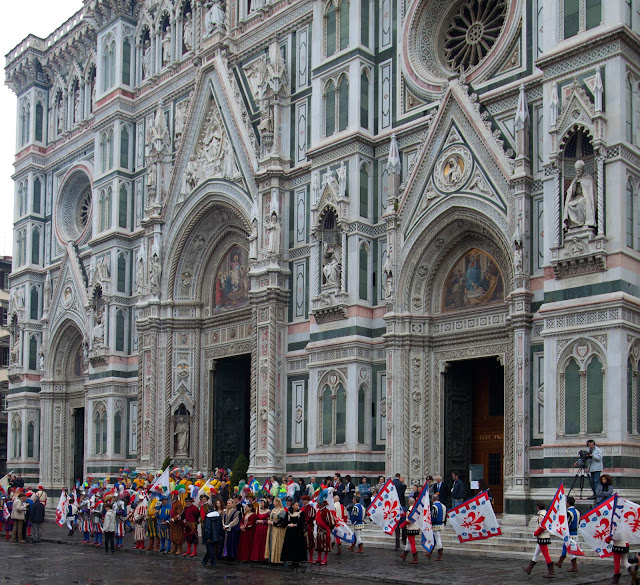 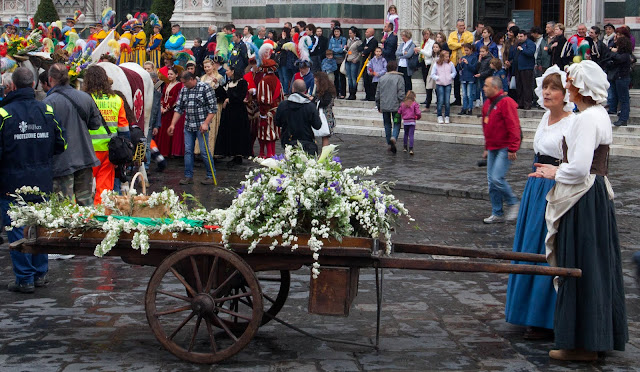 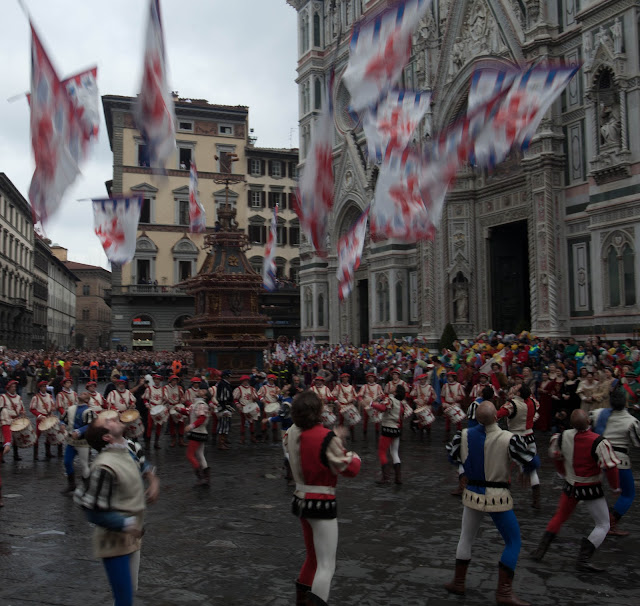 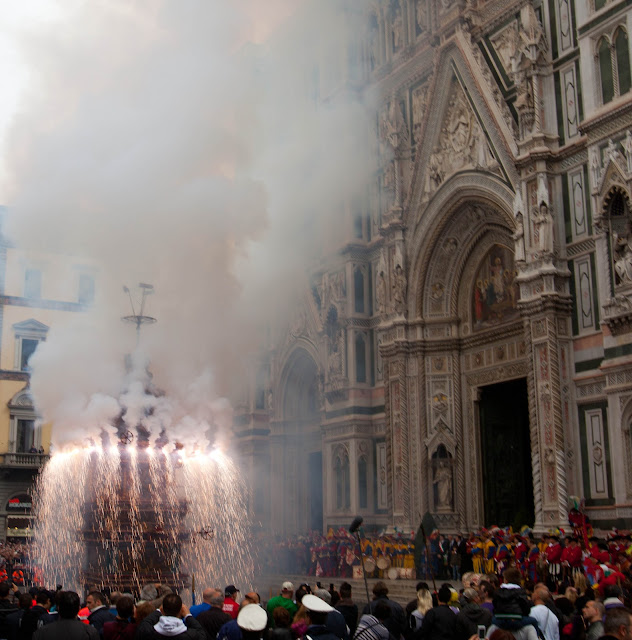