Kelly on a Wyoming Ranch

Home » Kelly on a Wyoming Ranch 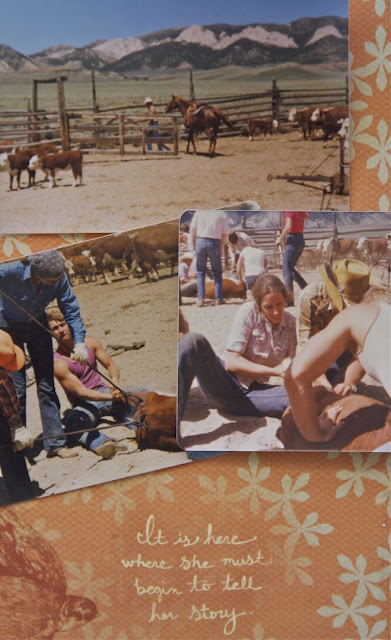 I wrote this story when I was 24 years old, after working “round up” at a friend’s family ranch near Rawlins, Wyoming. My first third rate romance, or maybe a low rent rendezvous. Either way, it is the first and last “sizzler” story I’ve ever written.
Hang on to your hats, cowgirls!
Why does this story haunt me today? I’m now 59 years old, and in June will be joining Page Lambert’s Literature and Landscape of the Horse, at the Vee-Bar Guest Ranch in Laramie, Wyoming. We’re going to ride horses and read and write about the adventure and beauty of the western landscape. I haven’t seen my friend from Rawlins in 35 years, and she’s been long gone from the ranch but I hope to find her, and at the very least, take a drive past the old place where I experienced a fierce love in my young bones (OK, lust) steeped in the romance of driving cattle in the dusty Wyoming sun.

So I’m going to be a brave writer, and share Kelly on a Wyoming Ranch (don’t laugh too hard at the worn out cliches…)

“Did you know Annie Oakley could cut a playing card in two at thirty paces?” We lay flat on our backs; legs dangling over the dock and with stretched toes tapped the glassy surface of the water. Bare Pond was the only hint of moisture within the hundreds of cracked dry acres of Ferris Mt. Ranch. Laura flicked my elbow.  “Annie made special bullets; packed the pellets with sand and beeswax so they’d spread further into the air.  Better to hit flying targets.”
I

didn’t mean to, but I ignored Laura. My mind was solidly on John who lay silently next to me, eyes half closed. John Kelly was his name, though everyone called him Kelly. He worked for Burlington Railroad in Gillette, but came down south every year to work as a ranch hand for a few weeks during “round up”. I remember the first time I saw him one night in Deadwood. I walked into the Old Style Saloon and there he was, his tall muscular body leaning against a wooden post, arms folded against his chest. We both did a double take, held each other’s gaze for a moment, and my feet almost slid out from under me on the sawdust floor. Lightly he grazed his cowboy hat with two fingers and slowly said, “howdy ma’am.” That was all. I was with James that night, and we had just gotten back to town after the Dusty
Chaps did a gig in Tucson. I rarely traveled with James, but made this one
exception in an off-handed attempt to try and keep things together, something I was not so sure I wanted to do anymore.

Laura bumped my elbow again. A light wind kicked up and dust swirled in small squalls across the flat, sun-scorched land. On our first day at the ranch, the twelve of us hands were split up and given assignments; some at the branding corral, others working the cattle. At lunch, we met at the main house and sat down at a long table heaped with sandwiches, snacks, and lemonade. The room was abuzz with introductions. To my great surprise, there I met John Kelly formally, and again he responded with a quiet tip of his hat. Did he remember seeing me that night in Deadwood?

The next morning the crew started at the crack of dawn, the only cool time of the day. With a bridle on one arm and a saddle over his shoulder, Kelly emerged from the tack room and began saddling up the horses. He wore a blue bandanna around his neck, blue jeans and a ragged denim shirt. Side by side we worked as the cool of morning began to wane and gritty
sand blew across our faces. Once all saddled, we led the horses into trailer trucks where they were driven down the dusty road to the main corral.

Kelly didn’t talk much; he mainly observed. He’d take his hat off, ruffle his hair and stare up at the wide blue sky for a while. With hands on his hips, he’d mumble something to the horses and stroke their smooth, lean bodies. His eyes, like cold blue steel, were clear and penetrating. Sometimes I’d catch him looking at me, then he’d turn away shyly like a little boy caught red-handed with his fingers in the cookie jar.

“We’ve got a hundred healthy calf-breeding cows and half as many breeder bulls out there we got to get in today,” one hand shouted to the others. The riders fanned out in the early morning heat and rode out towards the winter pasture. Laura and I helped Maggie pack a dozen sack lunches, and then drove out to the branding corral to await the flow of cattle. By midday, some of the riders returned and slowly the cows began surging through the branding gate, the riders herding them into place.

A quarter horse can stop and turn in an instant and run at breakneck speed for a quarter mile, then stop and turn again without tiring; the best kind of a horse for rounding up cattle. Kelly rode Shiloh, a chestnut quarter horse with strength, agility and a calm temperament. The muscular legs, shoulders, and rump of Shiloh glistened in the afternoon heat. I fantasized riding off into the sunset with Kelly; Shiloh in a gallop with his head high and his feet sure on the rough terrain, taking us to Bare Pond. There, with little or no guidance from Kelly, he would wait patiently under the cool moonlight while Kelly and I eagerly made love under the smell of leather and sweet sage.
I caught my breath and looked down at the ground, kicking dirt with the toe of my boot. Kelly and Shiloh dashed around me with the other horses and with sticks in hand, the workers tapped the rumps of cows as they streamed into the branding corral. Shiloh had “cow sense”. If Kelly wasn’t fast enough with his commands, Shiloh appeared to know exactly what to do. The cows funneled in at a rapid pace, and I climbed onto the fence and watched as dust spiraled, men shouted, and the animals grunted their way into the corral.
Laura and I and several of the other hands took our places at one end of the corral while the cattle bunched together in one corner. Kelly pointed Shiloh’s head at the calf he selected. He swung his lariat with care so it landed just in front of the calf’s hind legs. The calf stepped forward. In an instant, Kelly jerked hard on the rope closing the noose around the calf’s legs and dragged it in my direction. Immediately I hit the ground and grabbed the calf’s tail while Laura pulled back on the rope, lifting the calf off balance. As the animal fell over, I released its tail and gripped its top front leg, lifting it so the calf couldn’t rise up. As I struggled to hold on, the calf thrashed wildly, and I felt Kelly’s hands on my shoulders, pressing in, giving me support. I looked up. Shiloh stood nearby, waiting. Another wrangler freed the rope from the calf, grabbed its top hind leg and stretched it taught, exposing its left hip.  Within seconds, there was a hissing sound and the smell of burnt hide rose up in a white billow of smoke. The calf screamed and bawled, scampering back to his mother at the far end of the fence. Within seconds, Kelly swung himself back onto Shiloh and was roping in another calf for branding.
On the last day of “round-up”, my muscles ached and my skin felt warm with sunburn. Gritty and tired, we saddled up the last few horses and rode them back to the main house, while the others were transported by truck to the corral. The sky in the west shone a muted mauve and yellow, the sun passing like a skipping stone on the horizon. Laura and I would wash up and get ready for our drive back home to Spearfish after supper. The other wranglers would go their separate ways, and I was resigned to the fact that the man for whom my heart and body so dearly ached would be gone forever.
Back at the house, Kelly took off his hat and shook his head under a spigot, letting the cool water run down his back and soak his shirt. I crept up slowly behind him, picked up a dried cow pie from the crusted ground and let it fly, hitting him squarely in the back. He turned. I took another shot and just missed his head as he bolted towards me. Grabbing another pie, I cocked my arm back and Kelly charged me at the waist, held my forearm in a steel-like grip, and shook the pie loose. I collapsed into his chest, breathed his sweat, and felt my cheeks graze the coarse hairs on his neck. He laughed and held me tight and we swayed, just a little, before he let go.
Two weeks later I had another job in town as a barmaid at the Back Porch. The Dusty Chaps had a gig to play there, and semi-reluctantly, I would be spending a lot of time with James. Laura went to work in the sawmill at Whitewood for the rest of the summer.
It happened one lazy Saturday afternoon. I was home alone, cleaning the place up; the wind rattled the screen door in its hinges. A tall blond man parked his black pickup out front and slowly strode to the door.
“Hello house” he said to make his presence known as he walked up the front porch steps of Doris’s Cottages. I opened the door. Kelly smiled, tipped back his hat and in a soft low voice said, “howdy ma’am”. He drew me to his chest and kissed me softly. I kissed him back and pressed my heart into his and we stood swaying in the doorway. Then I grasped his hand in mine and led him through the archway and into my bedroom.
Like Shiloh, Kelly has good instincts. He’s agile, strong and carries his head high. He never asked about my past (a cowboy code of honor?), but eagerly told me of his future. “I’m going to college to study stock breeding,” he said. “So someday I can run my own round-up.” I nuzzled into his neck. I didn’t care to hear about next month, or next year or even tomorrow.  For me, it was enough to just lie back in his thick strong arms and make love…the rest of the long afternoon. 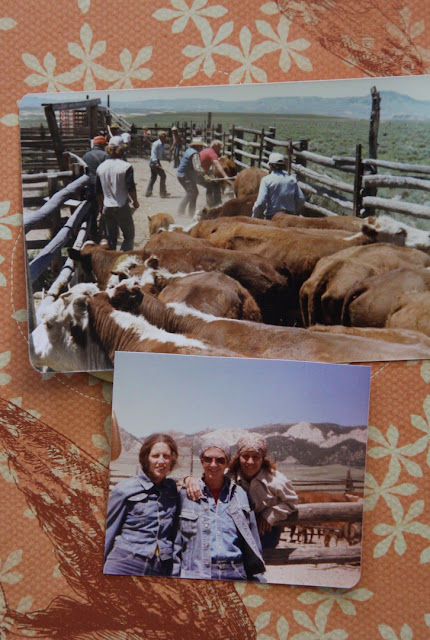 0 thoughts on “Kelly on a Wyoming Ranch”