On the Streets of Portland

Home » On the Streets of Portland 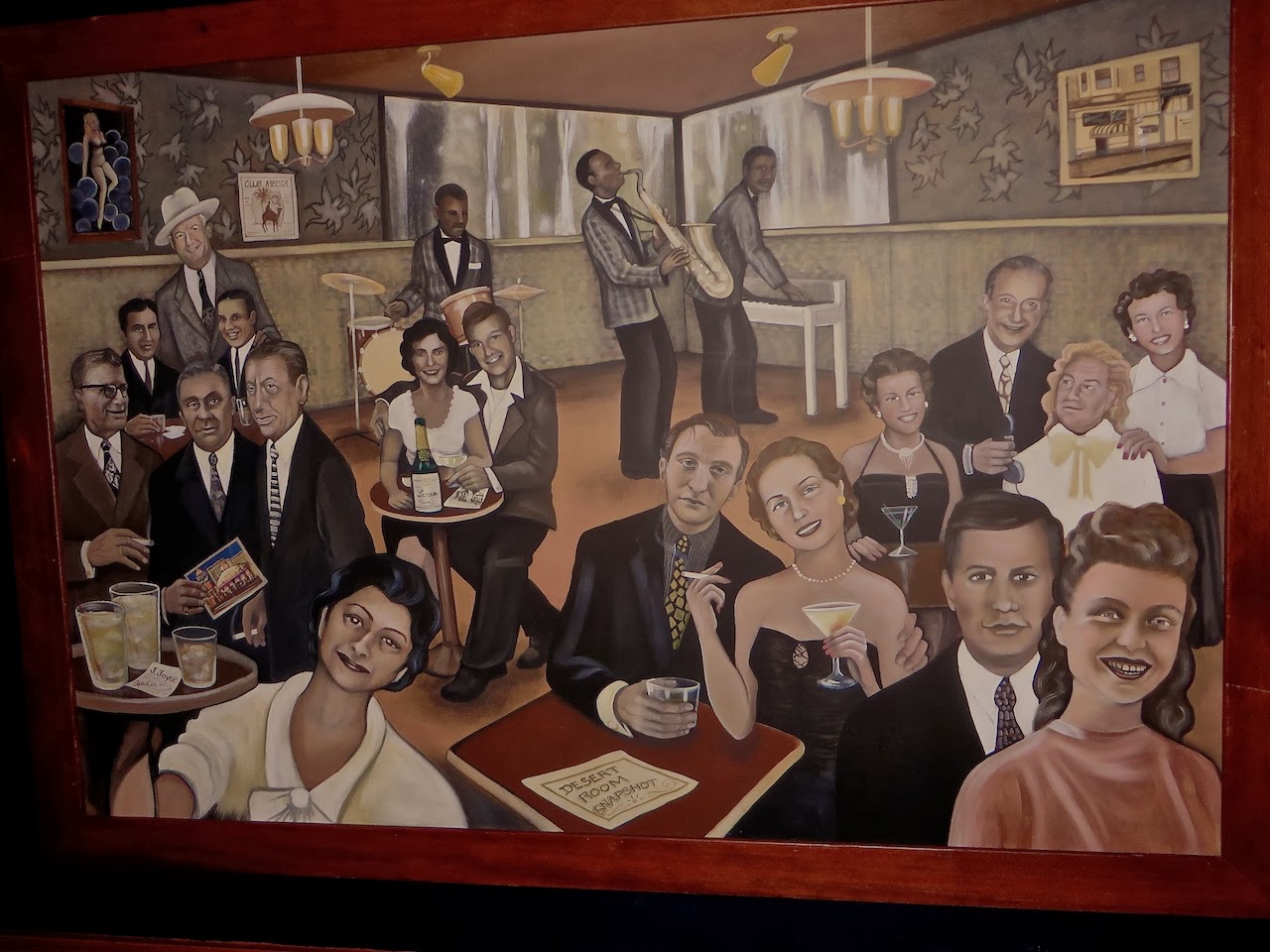 There are many reasons to dig Portland; the first being it is only a 3.5 hour flight from Anchorage, so when you live in the middle of hicksville, PDX can brighten your weekend in a painless hop down the north Pacific coast.

The reason we’re here: to watch a live concert of our favorite band, Walk Off The Earth. It’s amazing when a bunch of young people get together and just “click” with incredible talent (and they did it their own way, via the Internet, until Columbia Records figured they couldn’t have orchestrated the same reach of 300 MILLION followers on U-Tube).

I just love how technology is literally changing the face of the earth; democratizing the playing field of artists, musicians, and wannabes of all stripes and colors. Lucky for us. WOTE plays dozens of covers far better than the original artists, dare I say. And the only female band member, Sarah Blackwood, is an amazing singer/songwriters in her own right.

But back to Portland. Here is one (small) take on the “city of roses.”
We are staying at the McMenamins Crystal Hotel, a historic landmark built in 1911 that has seen many incarnations over the years, from a glove factory to an automobile tire store to a bath house and nightclub to a hotel. Lots of stories sprung from this place as everyone from jazz connoisseurs to Portland’s so-called underworld stayed and played here. After the 1905 World’s Fair, everybody wanted to be in Portland, including prominent businessmen, politicians and best of all, musicians.

The walls of the hotel are covered with original artwork; each room inspired by a song or performance from the Crystal Ballroom’s past 100 years. Colorfully painted murals and headboards anchor the rooms; deeply-hued walls and blue velvet drapery give it a “back in time” vibe when rock musicians, shady politicians and ladies-of-the-night roamed the halls. Over the years, the Crystal stage has been graced by the likes of Rudolph Valentino, the Grateful Dead, the Kingsmen, Black Eyed Peas, Lionel Hampton, and too many others to name.

Plus right across the street from the Crystal Hotel is the infamous Powell’s Books where you can peruse the shelves for an entire weekend and still not cover the enormity of its literary offerings. 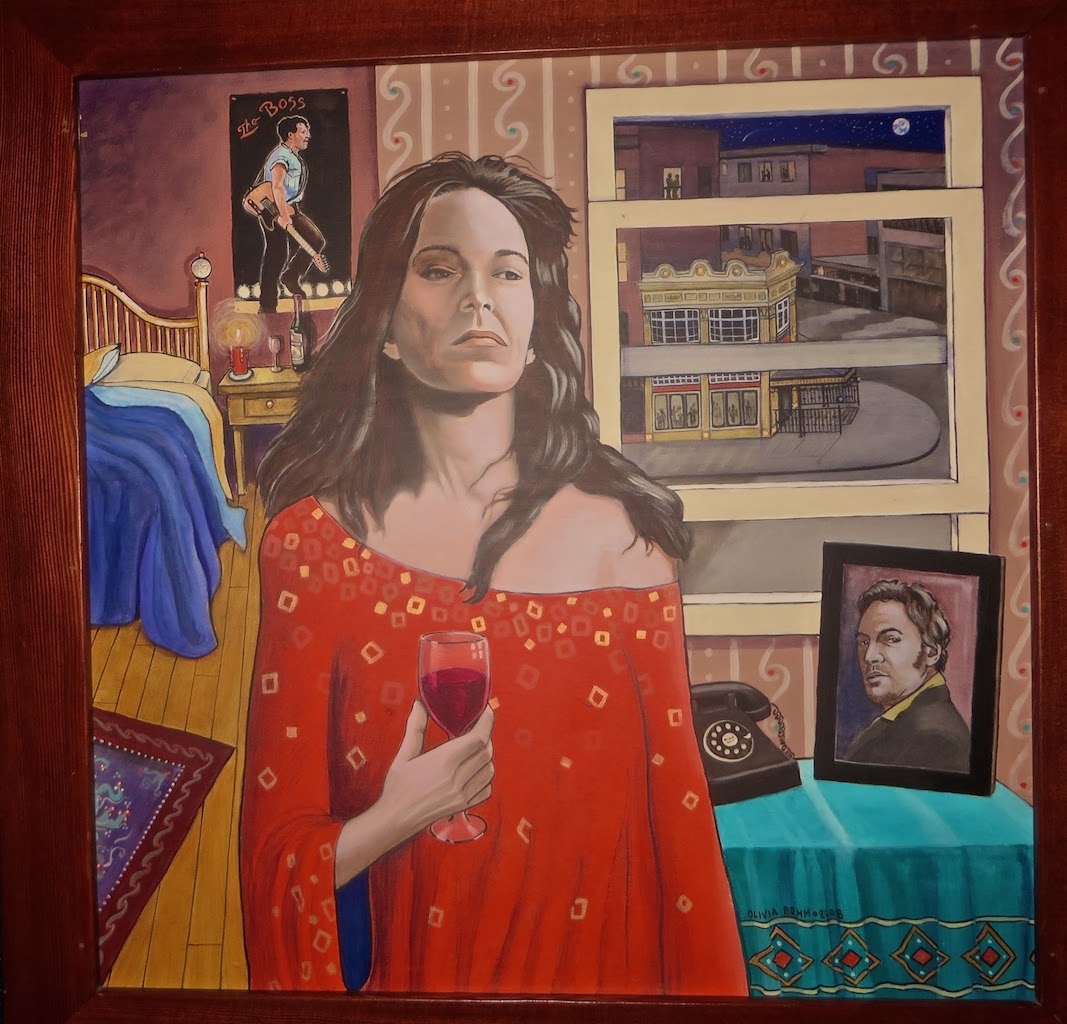 (Our room was Patti Smith-themed; notice the photos of “the boss” in the painting)

All the rooms have paintings of musicians, and the words from their songs written on the walls, even in the bathrooms.

And once you wrestle back the heavy velvet drapery, large windows afford views of the bustling city streets below. There’s nothing quite like downtown Portland. It’s iconic, kitschy, modern and a throw-back all rolled into one.

And yes, it is sooo Portlandia. As I soaked in the 100-degree saltwater pool at the hotel, I noted 8 out of 10 people were touchingly tattooed; everyone stood out, and no one stood out in that there was plenty of body art to capture my immediate attention and hold it for a long while.

Here are a few more paintings that graced the walls: 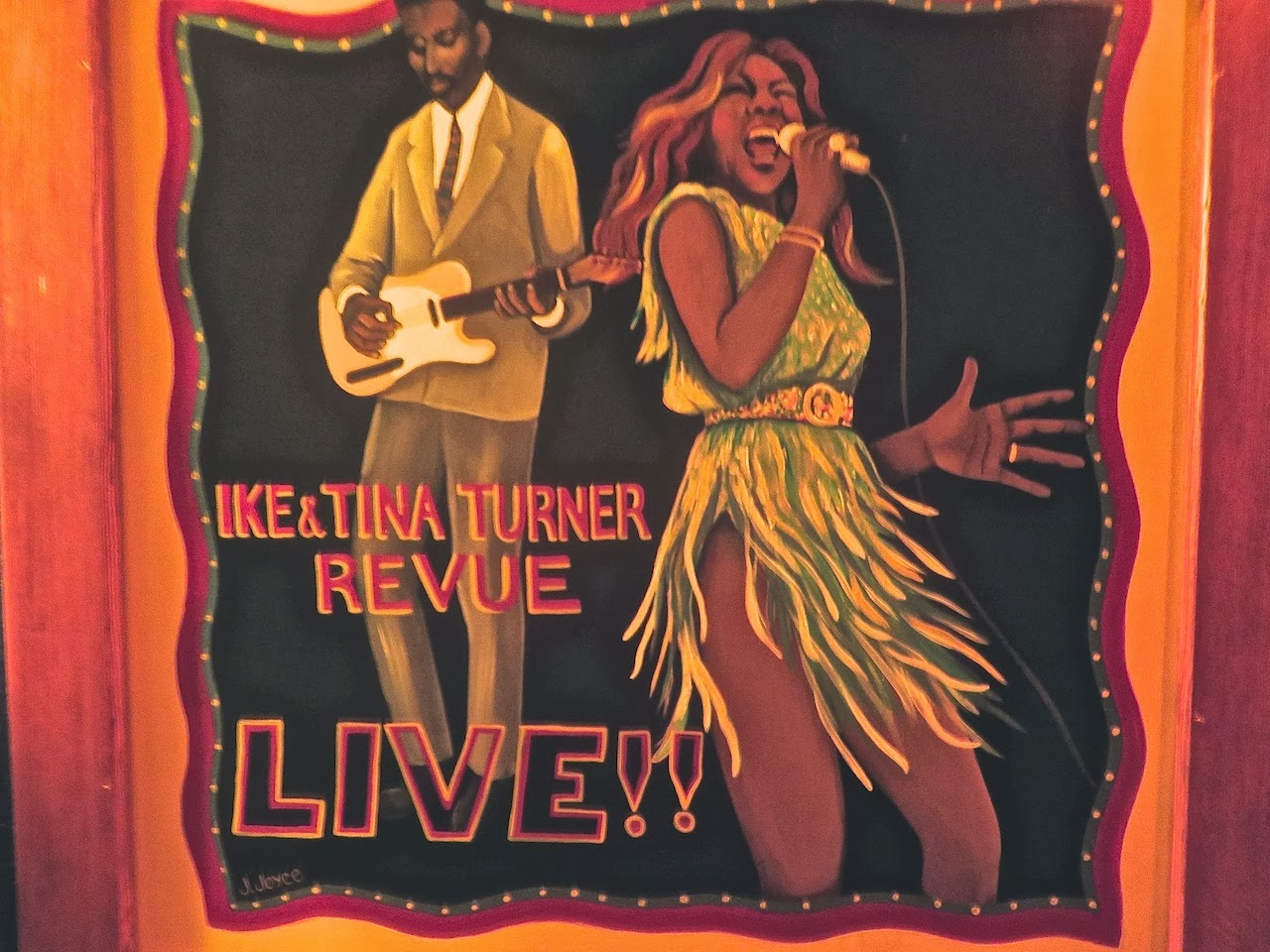 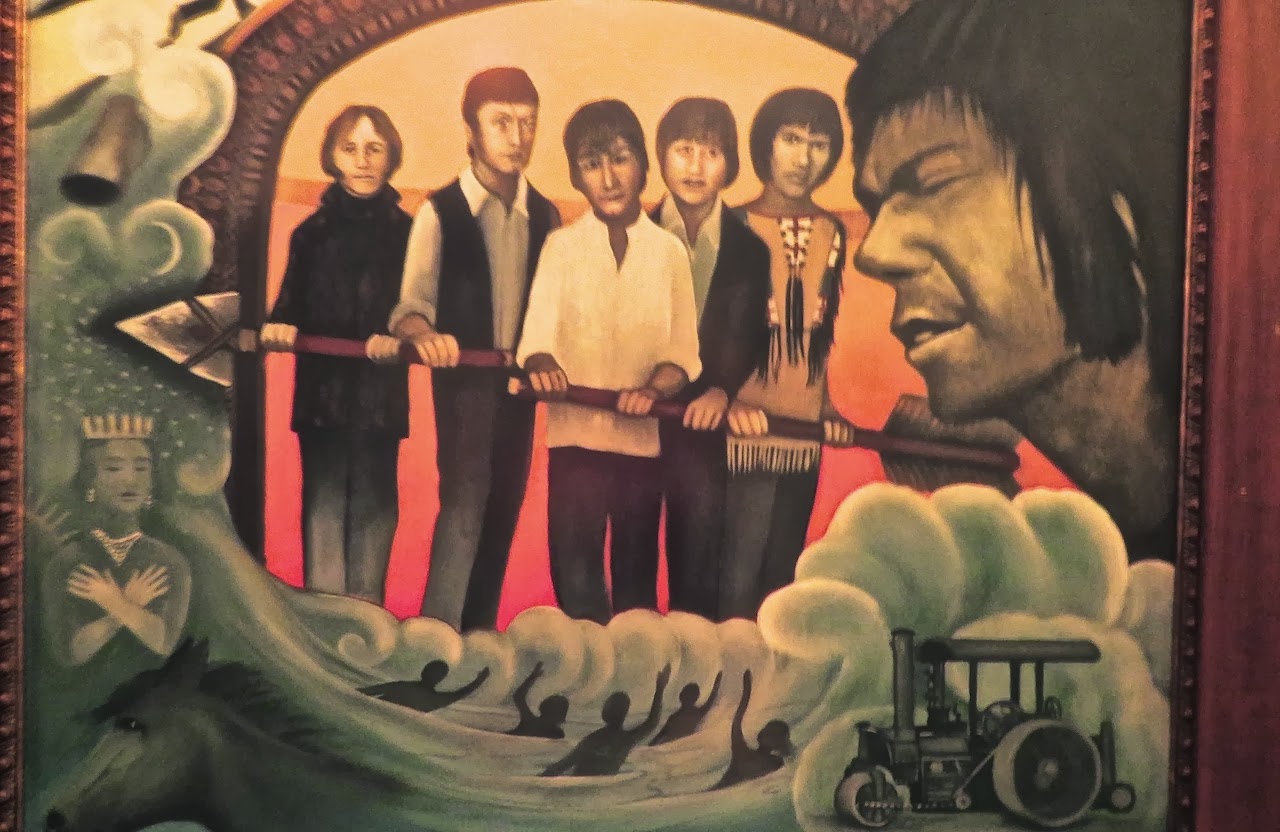 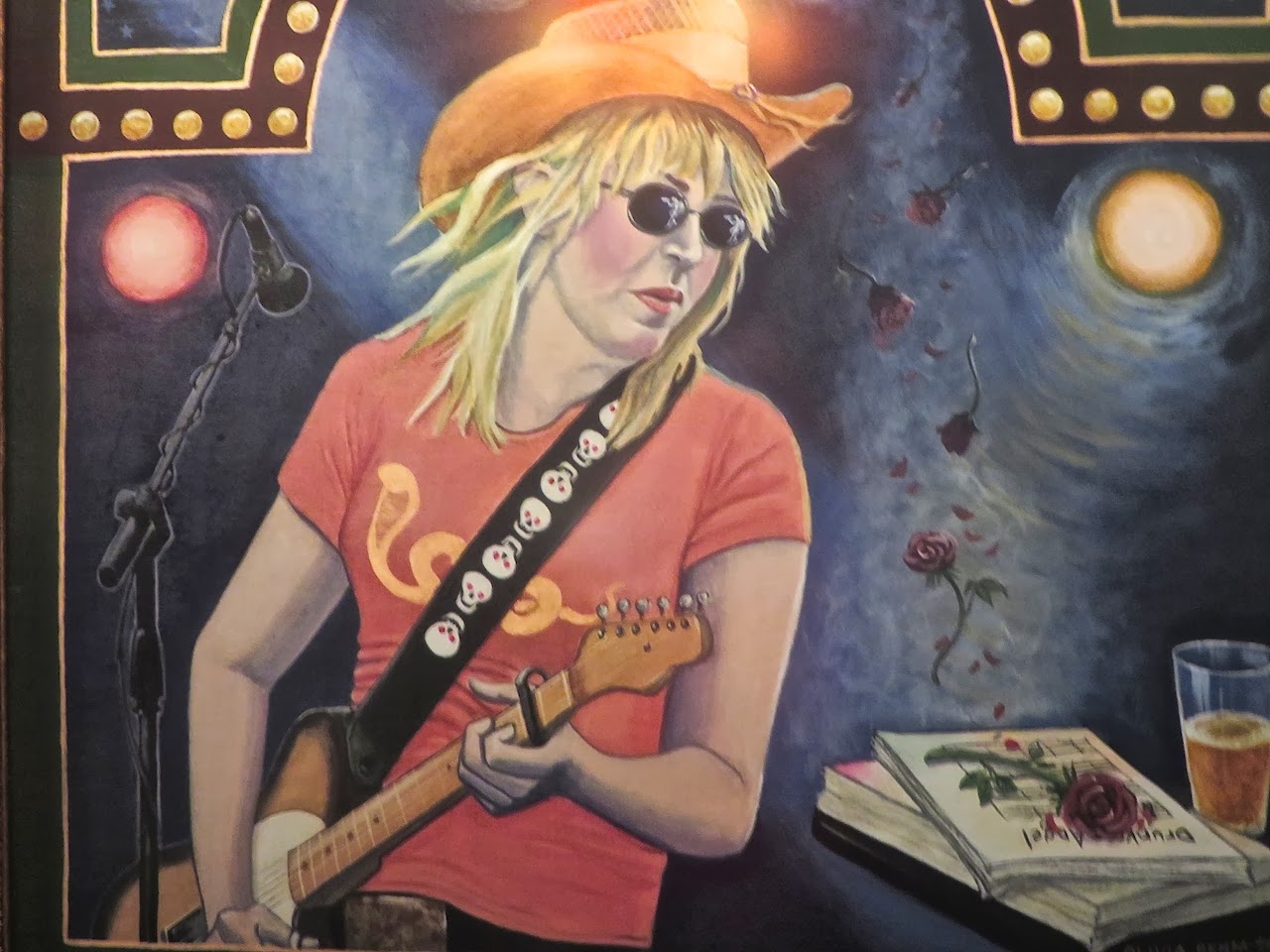 Lucinda Williams
And I thought you’d enjoy more of Portlandia… 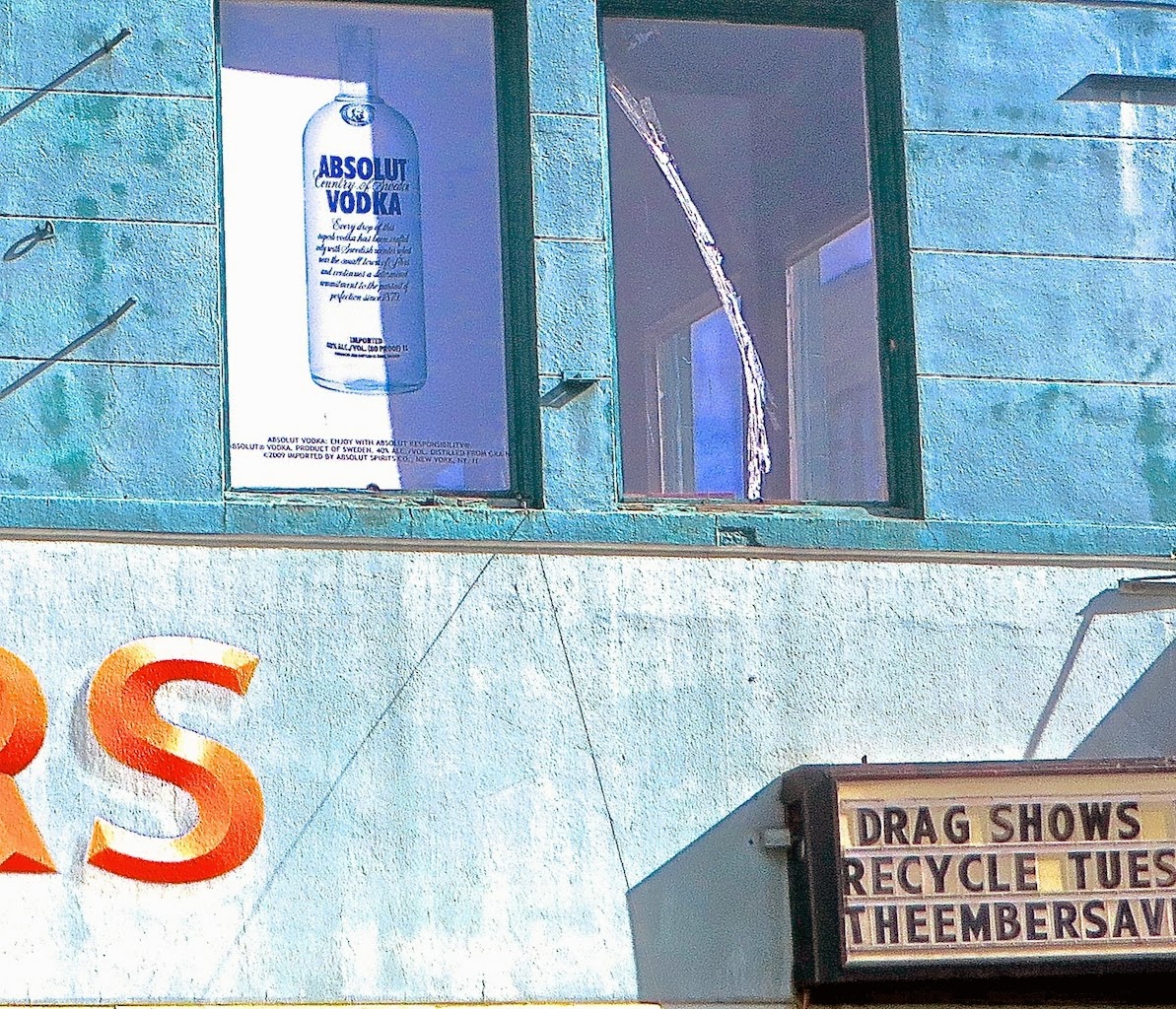 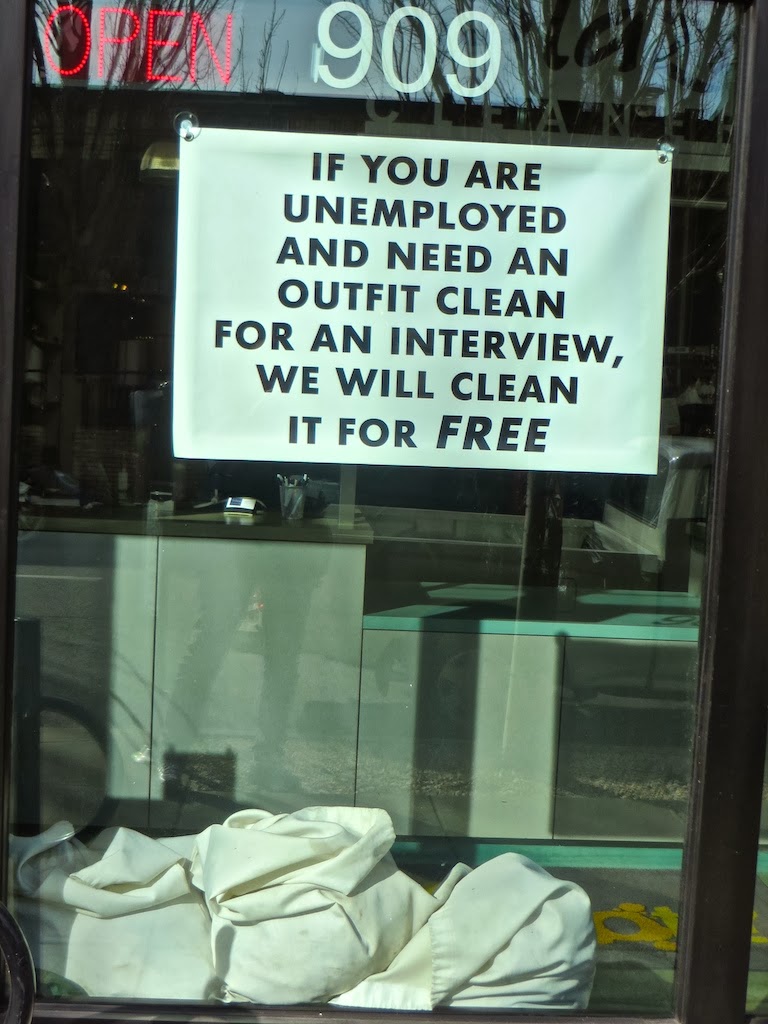 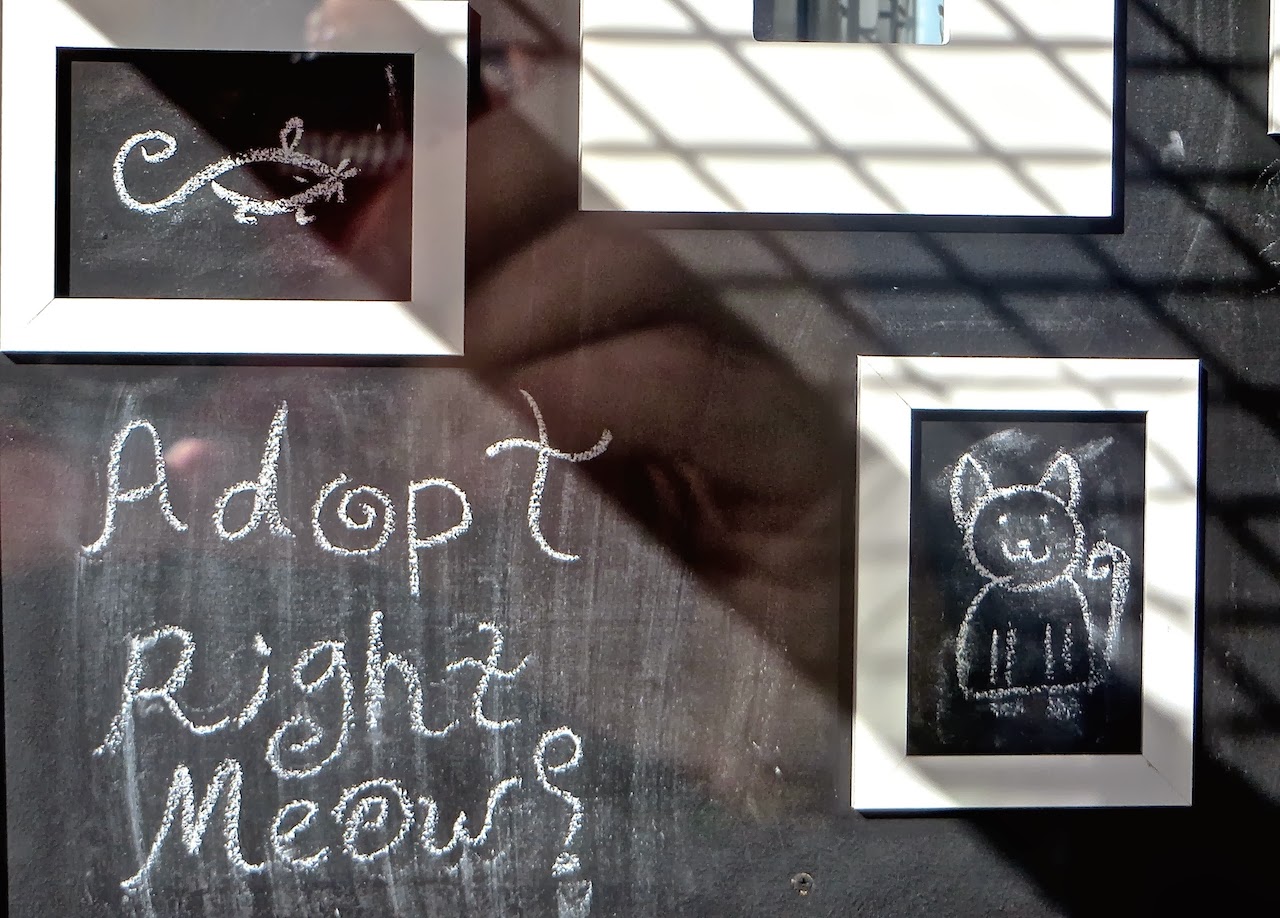 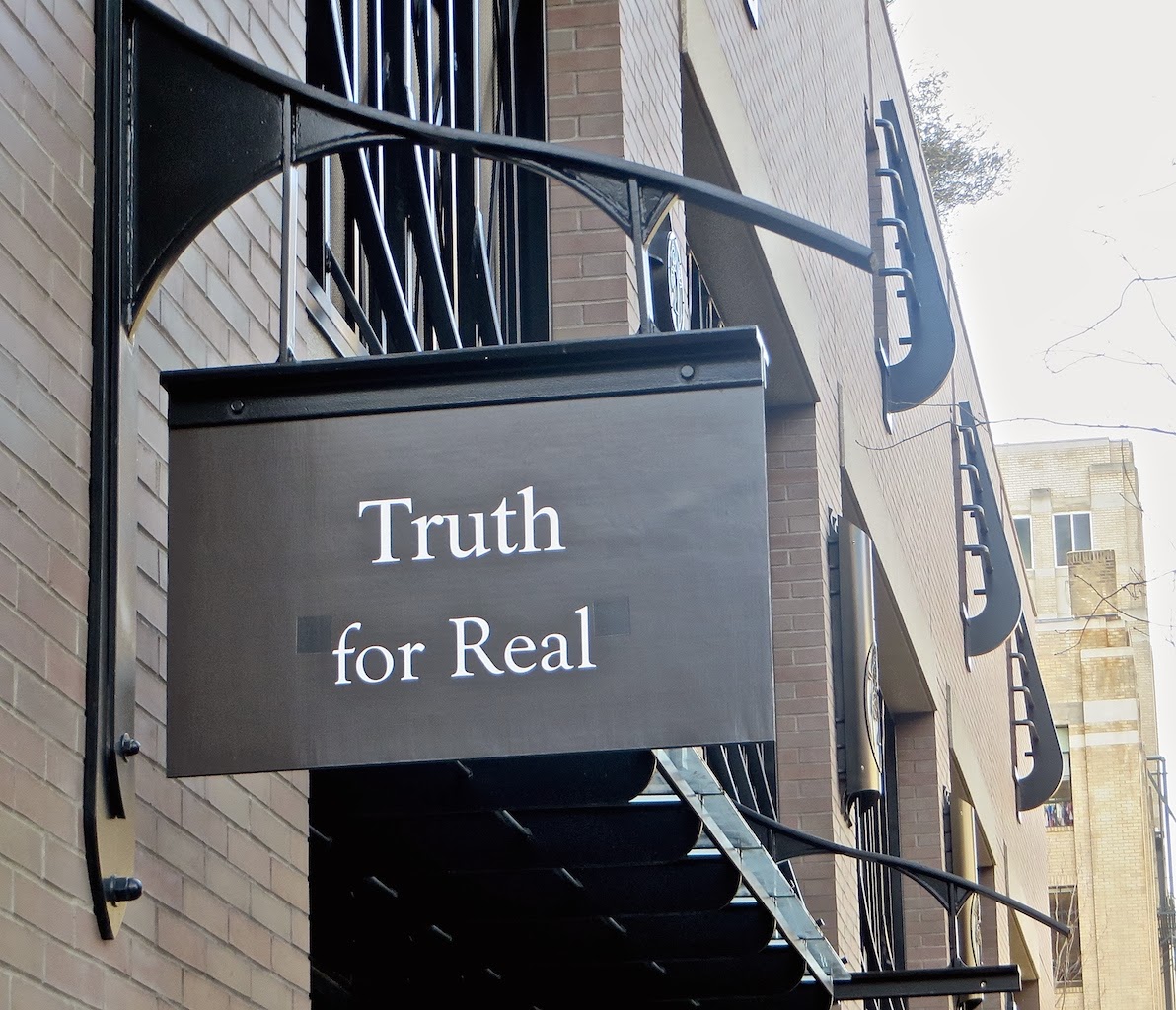 I guess you can find truth here…for real, but probably not for free.

And lastly, the reason we ventured to Portland in the first place. A great concert by Walk Off the Earth at the Crystal Ballroom. Because Husband just got a partial knee replacement and he was gimping along on crutches, they put us in the front row balcony of VIP! Wow, that was unexpected and turned out to be perfect. The band was fantastic…every single person in that ballroom sang along with “Little Boxes” and “Red Hands”.  Dads had kids on their shoulders to get a better view; twenty-somethings drank their beers and cheered, 60-somethings drank their beers and cheered. We loved it. Every minute of WOTE and the downtown streets of Portland. 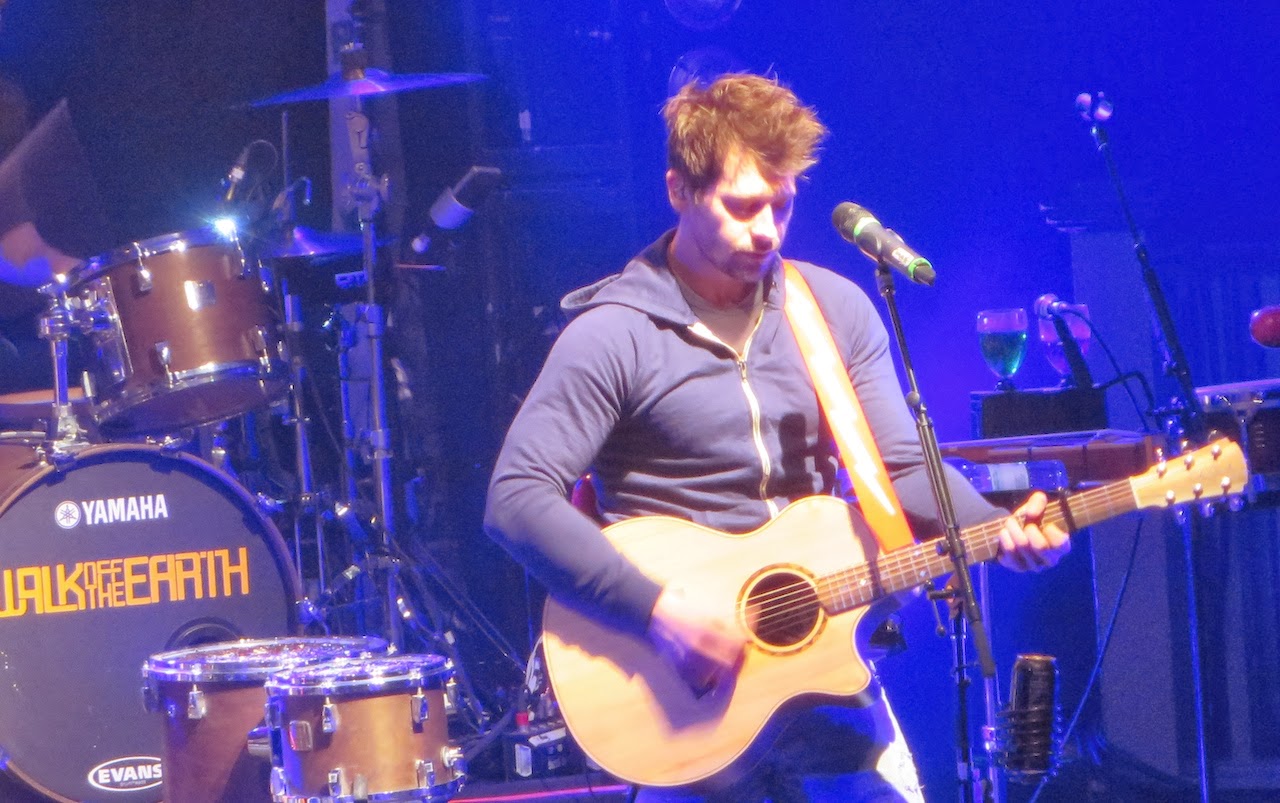 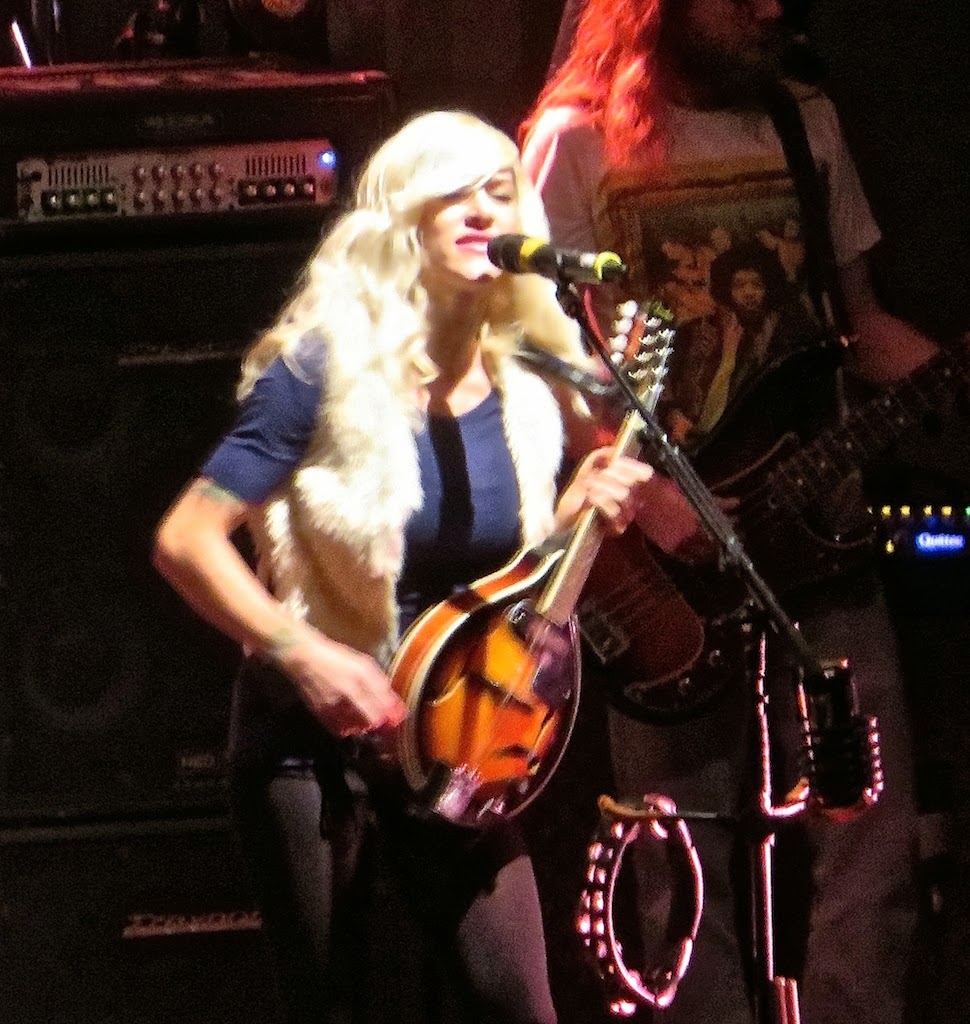 0 thoughts on “On the Streets of Portland”