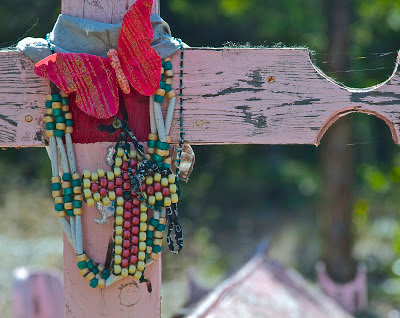 Born in Slana, Alaska in 1915 (died 5/31/13) Katie had 14 natural children, and adopted six more throughout her lifetime; a life described by teaching her children the traditional ways of living off the land, respecting elders, and knowing and honoring the ways of your ancestors. Remarkably, Katie and her husband John, never accepted welfare for the care of their family. 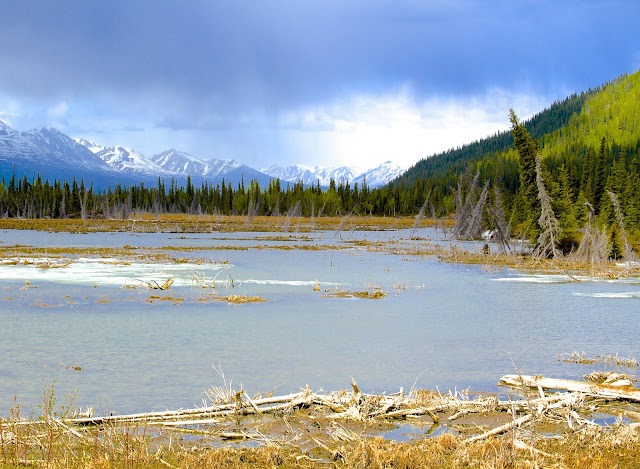 I drove from our cabin in Tazlina to the village of Mentasta to take part in the festivities with the Ahtna people from neighboring villages, as well as people from around the world who respected and loved this aspiring woman. There was still some ice on the lakes in early June. And many more travelers than usual on the Tok Cutoff Rd.; I knew many were headed to the tiny Athabascan village. 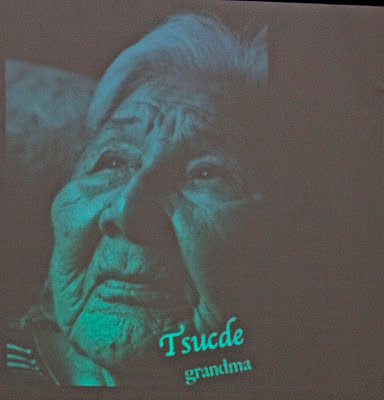 Katie John was a living legend in her time. A beloved leader, Katie’s legend is tied to her decades long struggle in challenging the United States government in the fight

for the subsistence hunting and fishing rights for all Alaska Natives. Finally in 2001, the Ninth District Court of Appeals ruled in favor of protectiing these rights. Her legal battle was a long, drawn-out fight inspiring indigenous native peoples from all over the world. 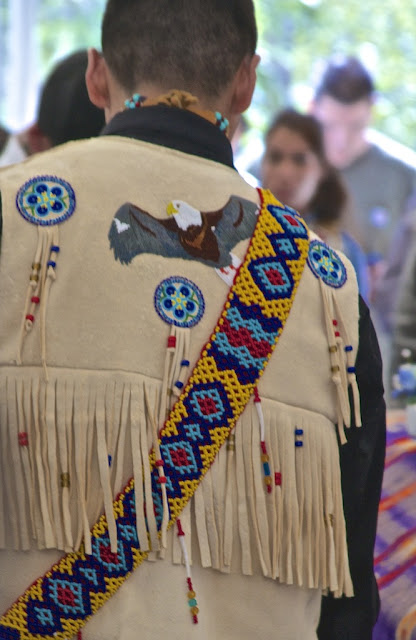 In 2001, Katie was awarded an honorary doctorate of law degree from the University of Alaska for her spirit and determination in challenging the government and state of Alaska in ways they had never been tested before. She believed in the right to feed her people. Demonstrators in Anchorage proudly marched with signs saying “Don’t mess with Katie,” during those heated times. I’m heartened she was able to witness a positive conclusion in her people’s favor, a decade before she passed away. 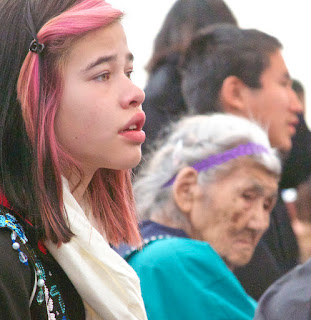 A proud woman of the Athabascan tribe Katie saw many “firsts” during her time on earth. She grew up in a time when people used dog teams to pack their supplies, walked to where they wanted to go, and harvested game for food. Katie witnessed the future: the progression of dog sleds to planes and cars. The introduction of electric power in the villages, satellite TV into people’s homes and, of course, the Internet.  Imagine all the changes that have occurred over nearly 100 short years.

At 97 years of age, she had seen the speed of drastic change but still held on to the battle for the right to derive her family’s sustenance from the land. One cannot stay tied to their traditional culture consuming junk foods found in the small village stores. 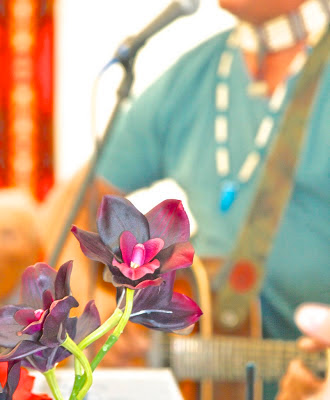 Today there are still indigenous people across the globe who practice lasting
ties to the land, and their traditional ways deserve our respect. Katie’s children said this about her: she taught a strong work ethic; she was honest, trusting, forgiving, and showed great love for everyone she met.
A life well-lived from a long-ago era; may you rest in peace, Katie John.