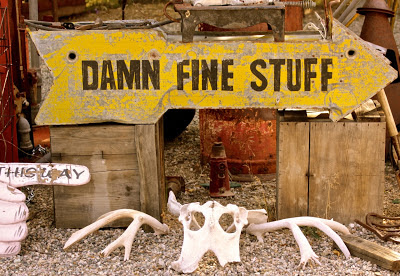 As a child of the sixties, I was among the cult followers of Tom Robbins’ first novel, published in 1971, called Another Roadside Attraction. In the novel, we follow the adventures of an oddball couple that
opens a combination zoo/hot dog stand along a highway in Skagit County,
Washington. 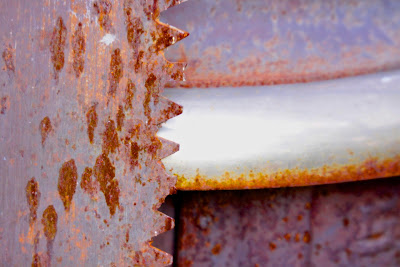 And old. Weird. Rusty. I especially like rusty.
Nostalgic. Run down. Gawdy. And we mustn’t omit….
flat out kitschy.
I like gear wheels and cotter pins,
hammers, rakes and saws. Bevel gears are fascinating; racks and pinions, dare I say…are downright groovy. Consider the tools of the trade, or…any implement used in your hands to form, shape, fasten, add
to, take away from, or otherwise change by…cutting, hitting, pounding, screwing, drilling…you know…all  those obsolete machinations our fathers and grandfathers and great grandfathers were adept at to keep our mechanically-devised world in motion. 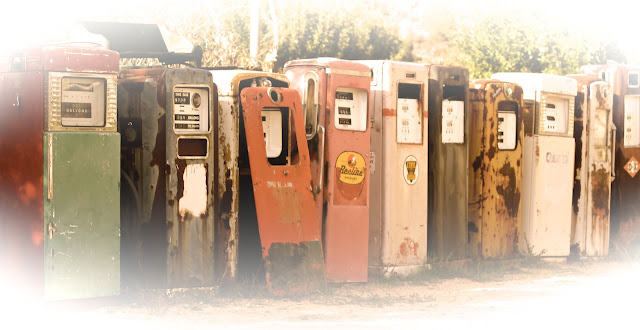 Ha. My mother once told me to marry a man good with his hands. And I did.  He knows all about washing machines and oscillating sprinklers, electric screwdrivers, marine hoists, and multi-spindle drives. 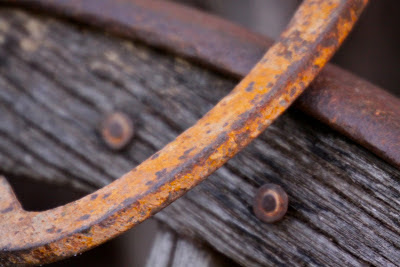 He knows how spur gears are used; where to buy band saw blades, how to fix a windup alarm clock. (Okay, windup alarm clocks are
obsolete, but he’s also been known to build computers from scratch).
In short,
he knows how to git ‘er done.
So we were both taken aback by a roadside attraction of decades-old and junky, obsolete, rusted out…brass, steel, aluminum and
wood-rotted “STUFF” whilst whizzing along the backroads of Hwy. 84 in sunny,
enchanting New Mexico. Here was a place where men once fixed things. Here was a place where workers once operated machines.Where boys learned how to put together a wheel and axle and fix their mother’s sewing machine. 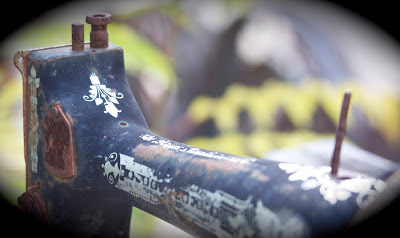 But, in time and somewhere along the line, our lives became more complicated (while claiming to be simplified), 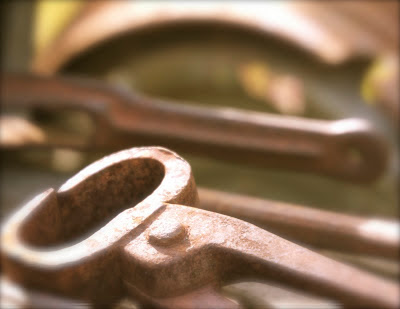 or maybe we’ve lost the language of our forefathers, and just don’t know how to fix them, anymore.