The Jimi Hendrix of Maui

Home » The Jimi Hendrix of Maui

We didn’t think a single thing could top our day. Paddling out in Ma’alaea Bay in inflatable kayaks, we saw humpback whales on the horizon. This time of year, the humpbacks mate and give birth in warm waters, then head up to Alaska for the summer (similar to our own migration pattern, minus the baby stuff). We set our course, playing along the way. I hung my feet over my boat, dawdling away in the sun on glassy seas and chasing sea turtles when they came up for air. We were a long ways offshore, and at some point, I let my boat turn circles in the mild trade winds while husband kept paddling.

About ten minutes later, it happened. He was no more than 50 yards away when mama humpback decided to breach. I watched in amazement (thinking husband would soon be capsized) as she thrust her magnificent body into the air, sending a small tsunami under husband’s boat when she slapped down hard on the water. Not much scares husband, but this time he said, “I think she was telling me    to back off…too close for comfort.”

In other words, he was a bit rattled.

Holy smokes…if life isn’t filled to the brim with astonishing events.Wait. There’s more to come. And it comes by way of Willie Kahaiali’i, otherwise known as Willie K.

That evening, I did something I warned my now adult children NEVER to do.
And that is: No festival seating at concerts (a dangerous place if the crowd gets out of hand).

Festival seating is not sitting down; it’s actually standing, shoulder to shoulder with your rocking cohorts in the mosh pit. 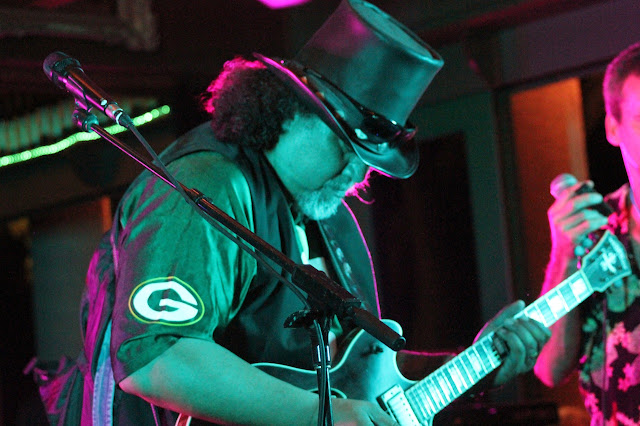 There I was, center stage, front row, festival seating. But I assessed the situation; there were a few hundred people, not thousands. The club had open-air doors so the tradewinds were always blowing through.  I looked behind me and saw people with sweaty faces rockin’ like there’s no tomorrow, older folks, appreciating great music…good clean fun.

This would be the first annual Willie K Blues Festival on the island of Maui. Willie can play anything, from slack key to hard rock, blues, jazz, R&B and Hawaiian. He’s eclectic, charismatic, a down-to-earth entertainer who, after moving to San Francisco to record with some of the best, found he couldn’t leave his home ground for long. And he would do it his own way. He runs his own production company (Maui Tribe), and has played with or opened for all the big boys: Santana, B.B. King, Willie Nelson, Mick Fleetwood, Bonnie Rait…the list goes on. I would venture to say the big names come to Maui to play with Willie K, rather than the other way around. 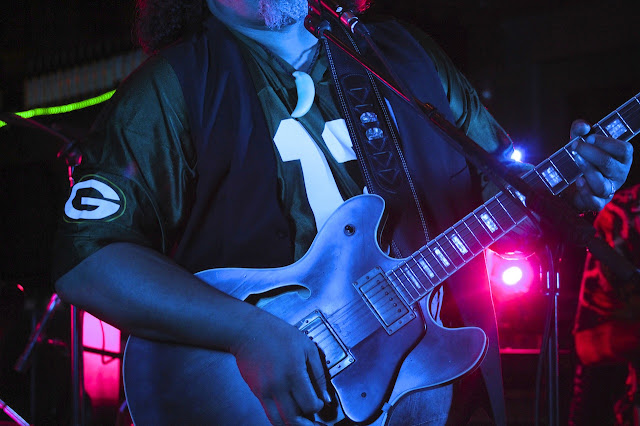 I didn’t need to know Willie’s credits though. All I knew was I was standing an arm’s length away from a master of his craft, and he rode that guitar like no one else could…outside of Jimi Hendrix. Riveting and electrifying, he owned the stage, entertaining for 3 hours straight, and highlighting the best blues and rock n’ roll riffs I’d ever heard. It was a formidable Willie K Experience.

Willie featured a headliner that many may remember…the infamous Elvin Bishop, a founding member of the groundbreaking Paul Butterfield Blues Band in the sixties. Bishop obtained pop hit status for his 1976 song, Fooled Around and Fell in Love. He’s had a long career, coming up from the smoky south side Chicago taverns to good time rock and roll…playing on concert stages and at festivals all over the world. He was passionate, funny, and gave the crowd more of what they wanted: skillful rock and blues virtuosity.

Wait. It isn’t over yet. Willie K announced he’d like to bring on stage a good friend of his…Steven Tyler…frontman and lead singer of the Boston-based rock band, Aerosmith.What? Tyler wasn’t on the bill. His appearance was completely unexpected. The crowd went wild…

…rockin’ to Sweet Emotion and Walk This Way, personal favorites of so many of us, both young and old(er).

Years ago, I counseled my kids not to stand too close to the speakers at concerts.
Save your hearing…but,
I broke my own rule…again I figured sometimes you just have to walk on the wild side. Whoa…what a night.

0 thoughts on “The Jimi Hendrix of Maui”