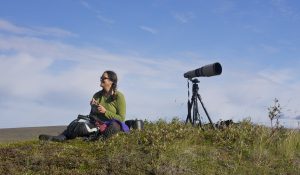 While hiking in the mountains with friends, I began to take notice of how much my mind jumps around from subject to subject on those steep, uphill climbs to the summit. On the flatlands, the chatter of family events, summer plans and work headaches dominated our easy pace.

Planting our walking poles and placing one foot in front of the other, the elevation change began to take root, and our lively conversations stopped. Instead, we turned our thoughts inward, attending to each footfall, and coveting every breath as the hike took on a more strenuous note. It got real quiet, and I imagined thought bubbles floating above everyone’s heads.If memory serves me, the order of my own thoughts went something like this:

First…what is the cause of autism? This most puzzling and increasingly prevalent disorder is on the rise, and I wonder what is its origin.
Second: What was the last Ingmar Bergman movie I saw?
One night I did an Ingmar Bergman movie marathon. His films are in black and white, with high and low camera angles, disturbing shadows with an overall  minimalist effect. He said (paraphrased): No art passes our conscience in the way film does; (it) goes directly to our feelings, deep down into the dark rooms of our souls. Great stuff. Then a Game of Thrones marathon with my son, Zachary. Big bowls of popcorn in our laps. Egret shoots Jon Snow with her bow and arrow (I about died, rolling on the floor).  Khaleesi, proud and beautiful, frees the slaves. Great stuff…brilliant and engaging.
Third: I would love to walk the streets of New York just to see all the lovely clothes people wear. And jewelry. Like in Italy. While on a train in Tuscany, I couldn’t stop
drawing women and their loud jewelry, big beads, colorful scarves and purses, sensible shoes, and very very nice skirts. What would it be like to dress up every day? I think it would make you feel grand. Where I live in Alaska, we’re grubby on a day-to-day basis, which equates to comfortable, but essentially boring. Bear tracks. The girls and I stop for a look. Are we standing upwind?
Fourth: Remembering things on my To Do List:
1).  Finish poems (in the file cabinet and on the computer for the past year and a half).
2).  Finish illustrating a children’s book, titled Bananas Are Moons.
3).  Learn how to make Time Capsules. A Time Capsules is a video of small things in your life…soft rain on the windows, an orange coffee mug steaming with hot chocolate, Coral’s flowery rubber boots, the pink afghan Susan made for me, kids crushing the Slip N’ Slide on a hot day. Snapshots in time strung together to make a beautiful little film.
Fifth: Things I miss: Oak tress, walking sticks (the alive kind, literally, sticks that walk), violent thunderstorms, lightning bugs we used to catch and put in Mason jars. We don’t have these things where I live. We worry about other things, like cranky old bears and moose with an attitude. At least you can see them coming.A ground squirrel darts across the path. We stop for a look. Drink some water. Swat the pesky mosquitoes (I could never be a Buddhist). The trail gets pretty steep. A most outstanding view.
Sixth: A memory: On a trip to Paris I made a grave mispronunciation (in French) by asking a man on the street where is the train station? Or so I thought. Instead, I asked him where is the war? Oh, the look on his face. Some things you just never forget.  The girls and I stop again; this time for photographs. Mary smiling. Jean standing on a huge rock, Ginny calling her dog who’s running all over the tundra, frantically sniffing the ground.
Seventh: For some strange reason, I have a thought about smoking a cigarette. One of those additive-free Native American brands. I am not a smoker. Hope it’s not a sign of something (gravely) imminent.
Eighth: I worry too much about all manner of things. Like pesticide drift (we’re spraying our children who breathe the air), affordable health care for everyone, did I turn the stove off before leaving the house?
Ninth: A post card collage is my next thought. I will make a postcard collage when I get off this mountain. I have a big stack of them: hotel postcards, beer advertisements, old ladies in big hats. Boys showing off their muscles-retro cards. Waterfalls in Hawaii. Famous monuments. Collage time!

Tenth: A memory: Pulling shrimp pots out on Prince William Sound. Julie and I bathing in a freshwater stream…screaming with exhilaration it is so cold.

Uh oh. Bear scat on the trail…still steaming. Make noise. Sing. Mary Poppins. Fiddler on The Roof. The hills are alive with The Sound of Music. I know all the words to the latter. Ah. safe.

Back to ground zero. Back to our daily lives. Back to important, purposeful directed thinking.